Interesting: The future is already decided, so what is the use of taking a resolution on the new year? Read this interesting philosophy 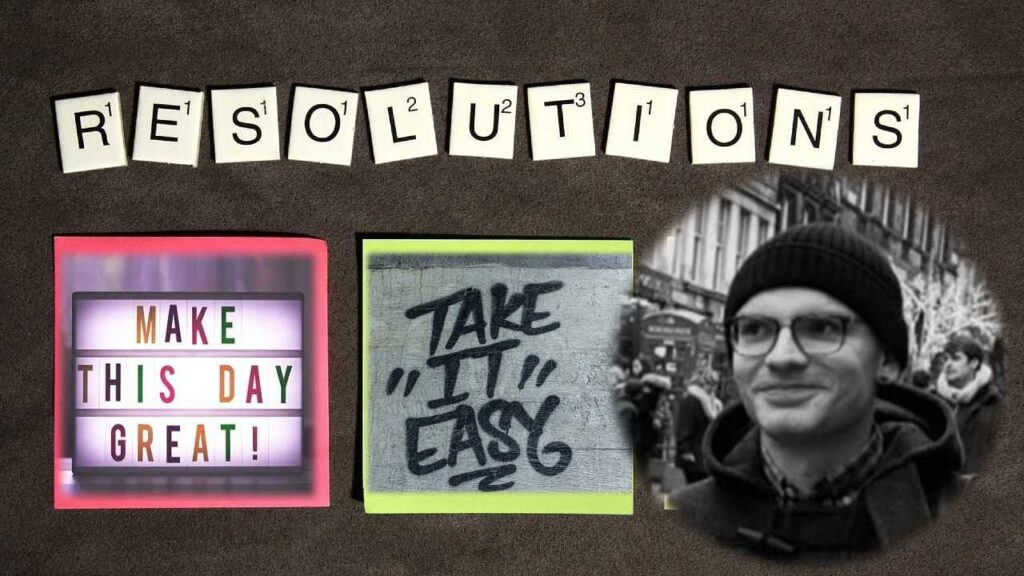 The philosopher Boethius said that all things past, present and future exist to God. He compared humans to travelers traveling through the valley and compared God to an observer standing on the top of a mountain above.

Did you also take a resolution in the new year? (PS: Pexels/conversation)

They depend on the idea that what will happen in 2022 is not yet decided, it is up to us whether we buy a pack of cigarettes or new shoes for running. We believe that the future is not yet certain. But is it possible that everything is predetermined? This idea has been explored in many ways, from medieval theology to modern physics.

Located in Belfast, Northern Ireland Queen’s University Lecturer in Philosophy Matthias Moravek Writes about this in detail. Read his philosophy published in The Conversation:

Einstein’s theory and our understanding

We all know that time is divided into past, present and future. However, this understanding was shaken by Albert Einstein with his famous theory of relativity in the early 1900s. Before Einstein, everyone in the universe shared the ‘present’, understood the “now”. Before Einstein, we could tell by looking at the clock that it is 12 o’clock. For example, you could say that many things are happening ‘right now’ even to people who are far away from us.

For example, when I’m looking at the clock in my office, the bell in Belfast city center is ringing and indicating noon, a person in London is looking at a bird in the sky, and the planet is light-years away in the galaxy. are colliding. We all share a present in which all this is happening simultaneously.

We have gone far beyond all this!

After Einstein’s discovery, all this was no longer true. I could only talk about the ‘present’ in my own context from my perspective on the universe. There was no longer a ‘Big Now’ in the entire universe. What I see as being ‘right now’ from my point of view can look very different from another’s point of view.

For example, a Martian man traveling across Earth on a spacecraft at incredibly high speeds may be looking at the time on his clock at 12 noon, but not necessarily at 12 noon in Belfast. can see. My ‘now’ is different from Mars’ ‘now’ and what counts as ‘present’ depends on our individual point of view.

To use an analogy, ‘current’ or ‘now’ is like ‘here’. ‘Here’ isn’t just a place you can find on a map—it simply describes your position relative to your surroundings. My ‘here’ currently includes Belfast, but your ‘here’ probably includes something else, just as my ‘now’ is different from the ones on Mars.

Is my present special compared to others?

Einstein’s discovery has a surprising result. My ‘present’ is no more special than the man (or anyone else) of Mars. If the ‘present’ is only a matter of perspective, then all times must be the same. And if they are all the same, they will all exist, just as all cities in Britain exist, even though what counts as ‘here’ varies from one feeler to another. It would be foolish to say that Belfast only exists because I see it here.

But it clearly challenges our belief in an ‘open future’. If all moments of time exist, does that mean that every morning in 2022, instead of going for my run, being in bed also exists? Are future events already set without me doing anything about future events?

Another way to think about it is through the religious idea that God knows all things past, present and future. But how does God know the future? What is the basis for God to know whether I am going to jog in January 2022 or not?

God is standing on the top of the mountain and we humans are travelers!

In this regard the philosopher Boethius offered a response that would be considered true for more than a thousand years. He said that past, present and future all things exist for God. He compared humans to travelers traveling through the valley and compared God to an observer standing on the top of a mountain above.

According to him, while we see some part of the path ahead, God, from the mountain, sees the whole path. All its sections are there for him. Similarly, God is watching my birth, my current writing of this article, and whatever else I will do in 2022 and beyond.

This leaves us with a similar problem implied by Einstein’s relativity, which was recognized by many medieval philosophers such as Aquinas or Scotus. Since the knowledge of God is infallible, if God knows that something will happen, it must happen. If God sees which turn the passer-by will take, does it mean the traveler’s journey is already decided!

So don’t bother to do anything?

If my stay in bed instead of running in January 2022 is already there for god’s sake, does that mean I shouldn’t bother picking up running shoes today? If God sees the future and is already present at all times, what is the point of trying to change or establish resolution?

Modern philosophers interested in medieval thought and battling Einstein’s relativity believe that language is the main culprit of this problem. For example, we just said that the future ‘already’ exists. But we have to recognize that the word ‘already’ is just as relative as ‘now’ or ‘here’.

Read also: How did the habit of drinking alcohol and cigarettes increase among the youth… Did stress and sadness lead to addiction?