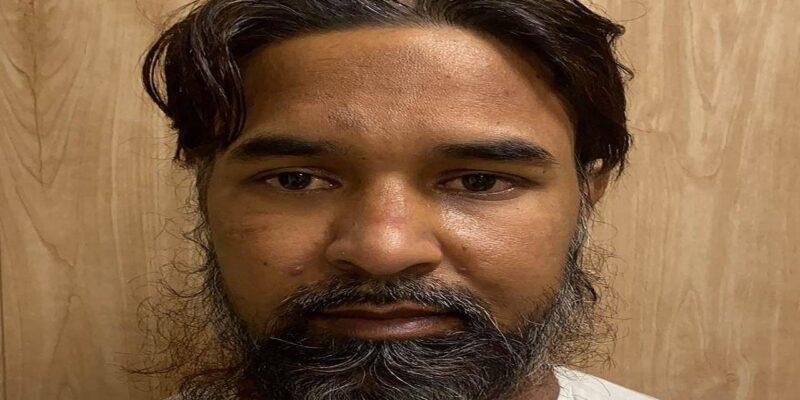 The Special Cell of Delhi Police on Tuesday revealed the arrest of a Pakistani terrorist. This 46-year-old Pakistani trend is as important as the arrest of terrorist Mohammad Ashraf. More important than that, after all, why was no terrorist with this dangerous plan caught for so long in the den of Indian agencies and the capital of the country? It was a matter of luck that no legal opportunity came to his hands in these long years of 15 years. Otherwise, it is also difficult to guess that what extent of devastation he would have done in the country or Delhi if he had got the chance? Because he has been trained by Pakistani intelligence agency ISI.

The real name of the arrested Pakistani terrorist is Mohammad Ashraf. Whereas in India he was hiding under the name of Mohammad Noori for many years. He is telling himself a native of Narowal district of Punjab province in Pakistan. If the statements of the accused are to be believed, then around 2004, he had left the land of Pakistan. And had set out to create havoc in India. Since it was not possible for him to enter India alive directly from the Pakistani border. That is why India’s arch enemy country Pakistan’s intelligence agency ISI sent it to Bangladesh first. After that from there he got entry in India by doing it in some way inside the border of Siliguri border.

If the statements of the arrested ISI trend terrorist are to be believed, then he had taken training to become a terrorist in ISI camps as soon as he passed the tenth Jamaat. There he took training for a few months. During the training itself, the ISI realized that this mastermind would prove to be his confidant and very successful henchman to wreak havoc in India. It was the fate of India and the misfortune of the arrested terrorist and Pakistan that this trend of ISI terrorist failed to bring head-to-head to his and Pakistan’s evil designs even in 15 years.

If we look at the mouth-watering story (past) of Mohammad Ashraf, it is more or less similar to the mastermind of the attack on the Red Fort in Delhi on the night of 21-22 December 2000. Mohammad Arif was the mastermind of the Jaish-e-Mohammed and Lashkar-e-Taiba mass terrorist attack on the Red Fort incident. Mohammad Arif was also a native of Pakistan and an ISI trend terrorist. He also married a Hindustani girl (Rehmana Farooqui) like Mohammad Ashraf, who was caught after fifteen years. Rahmana was originally from Moradabad (UP).

Jab Rahmana to Jab Red Fort attack mastermind Mohd. When Arif got married, she was living with her elder sister in a flat of DDA (Delhi Development Authority) located at Ghazipur Dairy Farm in East Delhi. The main conspirator of the Red Fort attack, Mohd, behind marrying a Hindustani girl. Arif’s main motive was that, he would get the freedom to hide and hide unabated in India (Delhi). It happened just as he had imagined. NS. Like Arif, the now arrested Mohammad Ashraf has also confessed that he too had married a girl from Ghaziabad district of UP, adjoining Delhi. However, these days he is presenting a claim of being separated from his wife.

When the Special Cell of Delhi Police examined the horoscope of Mohammad Ashraf alias Ali alias Mohammad Noori so far, many sensational revelations started happening. It has been learned that even though this terrorist himself did not carry out any major terrorist incident. But the work he was doing for Pakistan and its intelligence agency ISI was more deadly than carrying out any bomb blast incident. Ali was acting like a ‘sleeper cell’ for terrorists who reached Delhi or the border of India to terrify India at the behest of the ISI. Meaning he was providing everything from weapons to explosives in India to the terrorists.

Every statement of confession needs to be confirmed

The accused, who was caught by the Delhi Police Special Cell, has also confessed to being involved in some incidents in Jammu and Kashmir. But before all these statements, Delhi Police is engaged in talking to Jammu and Kashmir and all other investigations, intelligence, police agencies of the country. So that the strongest can be added against him in the investigation of Ainda. The accused had also got a fake ID card made to avoid the eyes of Indian agencies. These days the accused was hiding in Aram Park area located in Shastri Nagar area of ​​Delhi. To throw dust in the eyes of Indian agencies, he started the business of sorcery by taking the form of Maulana.

Many such facts have also been found that Ali has often been traveling to many areas of the Jammu and Kashmir Valley as well. This is also being confirmed. In 2014, terrorist Ali acquired an Indian passport. And after that he also traveled to Thailand and Saudi Arabia. The special cell is now also looking for those who had helped in making or getting the passport and other Indian documents-papers of this dangerous terrorist. According to the claim of Delhi Police Special Cell, AK-47, pistol and grenades have also been seized from the accused. But the Special Cell is still not able to tell that, after all, from where and how did so much Lashkar reach this terrorist? Why hasn’t he used these weapons till now?

–Inside Story: Delhi Police lightened by the decree issued by ‘Babu’ in the name of DCP! You will be shocked to know the reality

Aliens are ‘calling’ from outside the solar system! Mysterious signals coming from 19 stars, found evidence of the existence of planets

Alia Bhatt Photo: Alia Bhatt showed off her bold look in a blue bikini top, fans were blown away