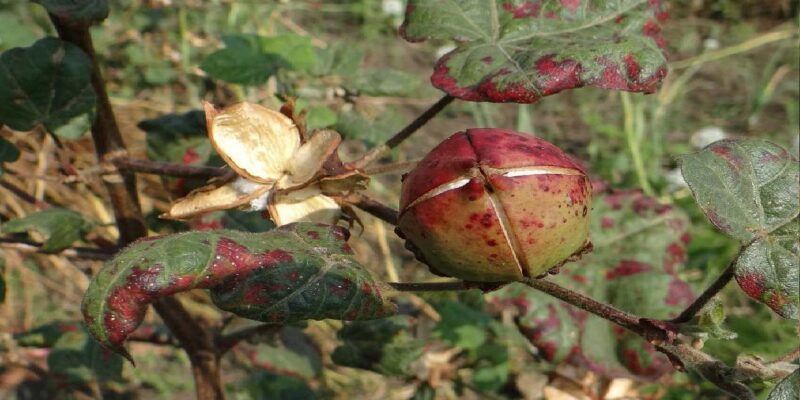 In Mansa and Bathinda districts of Punjab, cotton crop has been attacked by pink worm pest. To protect cotton from pink worm, farmers in these districts are plowing their standing crops. The outbreak of pink worm is visible in about 30 percent of the cotton fields of the area. In view of this situation, the Punjab government has ordered Girdawari in the entire cotton area to assess the spread of pink worm. Many farmers in the area have already plowed their fields, while others are waiting for the Girdwari teams to assess their losses for proper compensation.

Bt varieties of cotton have been attacked

Confirming the attack of pink worm on cotton, Manjit Singh, Chief Agriculture Officer of Bathinda and Mansa said that the attack has happened on Bt varieties of cotton, indigenous cotton is still safe. He said that the reason behind this attack is the cotton stalks of the previous season which farmers keep as a source of fuel in their homes, tubewell rooms or near fields etc. These stalks are picked up from the fields after the cotton is harvested; still the stock of last year’s cotton stalks is not fully stocked while the new crop has started coming in the market.

Cause of pink worm outbreak

He said that the stalks of last year sometimes act as breeding ground for pink larva and hence they attack the crop in the fields. This time it has happened in many areas. Once the pest starts attacking the crop, initial control by insecticides is necessary as it becomes uncontrollable later. Therefore, many farmers did not use insecticides until August, when the pest first appeared in the crop.

According to the cotton sowing data in Punjab, last year cotton was sown in 2.5 lakh hectare area in the state. Whereas this year this area had increased to 2.5 lakh hectares. The area under cotton is 96,000 hectares in Bathinda and 65,000 hectares in Mansa. According to The Indian Express, Chief Agriculture Officer Manjit Singh Manjit Singh said that about 30 percent of the crop has been affected by pests. Also said that there is a need to assess the percentage of loss through girdwari.

Many districts are still in safe zone

Sangrur District Deputy Commissioner Ramveer said that there is no news of pink ball worm attack in the district, although according to the information received from Muktsar, there have been reports of insect infestation on cotton crop in Giddarbaha village there, while Rest of the districts are said to be safe till now. According to sources, Fazilka district is also in the safe zone. Information received from the Agriculture Department has revealed that in many villages of Haryana, cotton has suffered a lot due to the attack of pink bollworm.

Whereas in Punjab they are dealing with it after a long gap. Meanwhile, news is coming that Bathinda MP Harsimrat Kaur Badal will visit some villages of Talwandi Sabo to meet the farmers on this issue. He has also demanded compensation of 20 thousand rupees per acre to the farmers. He also raised questions on the quality of pesticides and said that being a fake insecticide, it does not affect the pest. At the same time, the United Kisan Morcha has demanded the Punjab government to give compensation to the farmers. Also where is it that if compensation is not received then they will start protesting from 30th September.

Read also: Atomic energy will be used in Chhattisgarh to prepare improved varieties of seeds, agreement between Agricultural University and BARC