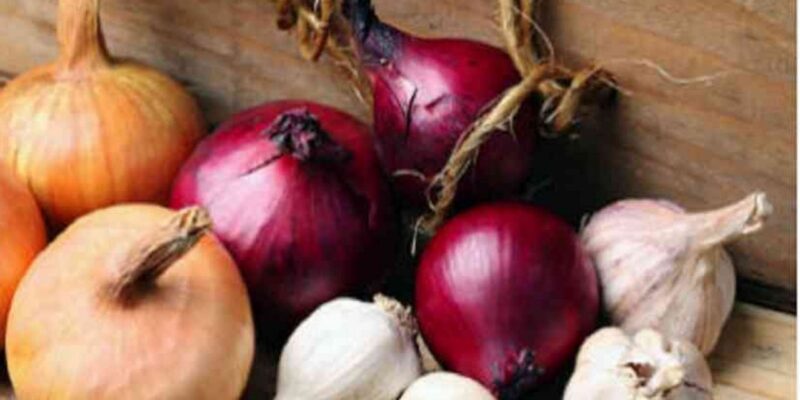 There is a huge increase in the prices of tomatoes and onions in the mandis of Delhi. The inflation rate may have come down, but the retail rate of vegetables has increased rapidly. The reason for this is believed to be the effect on the supply coming to Delhi from outside. Tomatoes and onions are supplied from Karnataka and Maharashtra to Delhi, but due to heavy rains there, the supply of vegetables has been affected to a large extent. Apart from this, the rising inflation of diesel has also increased the prices of vegetables.

According to traders, there is a big difference between wholesale and retail prices. Apart from tomatoes and onions, the prices of other vegetables are also increasing rapidly. Vegetable traders believe that if the situation does not improve in Karnataka and Maharashtra, then there will be no decline in the prices of vegetables soon.

Ramesh Sahu, a vegetable trader in Delhi’s Laxmi Nagar, told PTI that there is a big jump in the prices of tomatoes and onions. According to Sahu, the prices of tomatoes are running between 50 and 55 rupees, whereas earlier its rate was 40 rupees per kg. Similarly, the prices of onions have also gone up and now the rate is Rs 50 per kg. Earlier onion prices were running at Rs 35-40. These prices in retail have increased because the wholesale prices have risen sharply.

What is the price in which market

A vegetable trader of Greater Kailash-1 told that the price of good quality tomatoes is running at Rs 55-60 per kg while the rate of onion is around Rs 55 to Rs 55. The trader said that the rates have increased in the last one week because the supply has come down from behind. Vegetables from outside are coming to Delhi less. More money has to be paid in the wholesale purchase itself, so there is an increase in the prices in retail as well. The price is even higher in the far flung areas of the cities. Capsicum prices have reached Rs 80-90. Even fine potatoes are being sold at a price of Rs.25.

condition of the markets

According to SP Gupta, president of Ghazipur Wholesale Vegetable and Fruit Market, the prices of vegetables like onions and tomatoes have increased by Rs 10-15 in wholesale. Since the supply of these vegetables has reduced significantly compared to earlier, there is a jump in the prices. This inflation is in both wholesale and retail markets. SP Gupta said that most of the tomatoes and onions in Delhi come from Maharashtra, Madhya Pradesh and Karnataka and the weather in these states is bad, hence the inflation has increased. Vegetables have been damaged due to heavy rains in Karnataka and Maharashtra, due to which the supply has decreased and due to this the prices have increased.

why are the prices rising

According to Haji Yameen, a wholesale trader of Okhla Mandi, the prices of tomatoes and onions have increased by Rs 20 per kg. He said that the wholesale price of onion used to be Rs 20 per kg in Okhla mandi, which has now doubled. Traders say that vegetables have been damaged due to heavy rains in the southern states. The rise in fuel prices has also increased inflation. With the rise in oil prices, the cost of transportation and transportation has increased, the effect of which is being seen on wholesale and retail prices.

read this also: North Western Railway increased the number of bogies in these 8 trains, see the full list here

There was a campaign to defame Savarkar in the country, he had good relations with Gandhi and Ambedkar – Mohan Bhagwat