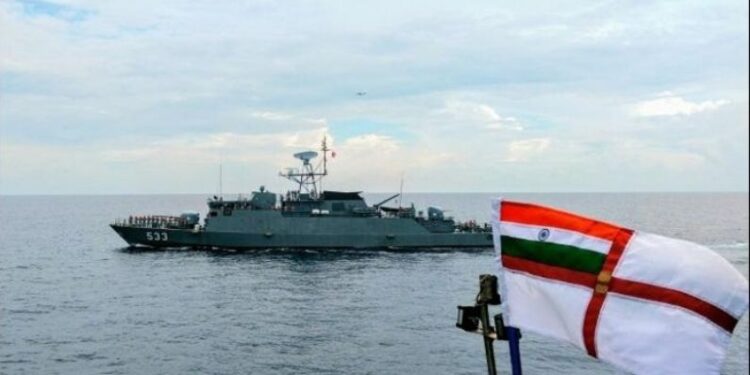 The Ministry of Defense has said that the 31st Indo-Thai CORPAT will contribute to the efforts to enhance the operational capability of the Indian Navy and strengthen friendship with the Royal Thai Navy.

The 31st edition of the Coordinated Patrol (Indo-Thai CORPAT) between India and Thailand began on Wednesday. This joint patrol of the Indian Navy and the Royal Thai Navy will last from 9-11 June. According to the Ministry of Defense, this time the indigenously built Indian Navy ship INS Saryu, Thailand Ship (HTMS) Krabi and Dornier Maritime Patrol Aircraft of both the navies are participating in CORPAT.

Relations between the two navies have been strengthened through CORPAT. Due to which it has helped to prevent illegal activities of the sea such as illegal unreported illegal (IUU) fishing, drug trafficking, maritime terrorism, piracy and piracy. Apart from this, it helps in preventing trafficking, preventing illegal infiltration and sharing of information for SAR (Search and Rescue) operations at sea.

The Defense Ministry said that under the Government of India’s vision SAGAR (Security and Growth for All in the Region), the Indian Navy has been proactive in enhancing regional maritime security in collaboration with other countries in the Indian Ocean region. According to the ministry, “This includes bilateral and multilateral exercises, joint patrols, EEZ surveillance (Exclusive Economic Zone) and Humanitarian Assistance and Disaster Relief (HADR) operations.”

The Indian Air Force and the Royal Thai Navy have strengthened friendly relations over the years by engaging in many of these activities. The Ministry of Defense has said that the 31st Indo-Thai CORPAT will contribute to the efforts to enhance the operational capability of the Indian Navy and strengthen friendship with the Royal Thai Navy.