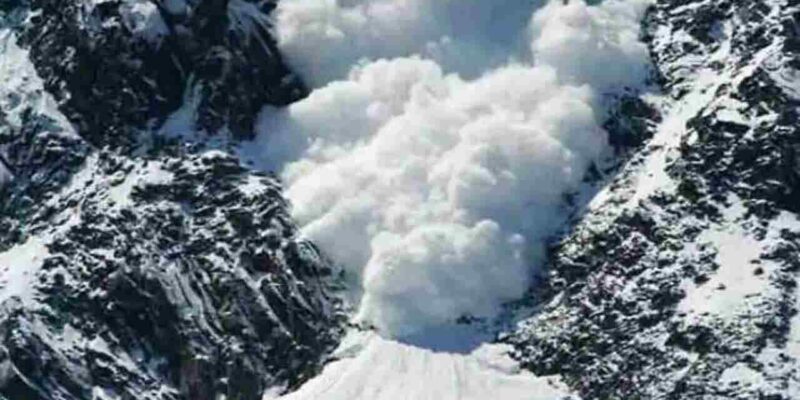 Avalaunch during the ascent of Mount Trishul (symbol)

Mount Trishul of Uttarakhand (Mount Trishul) went to conquer the Navy (Indian NavyThe mountaineering team of ) came under the grip of Avalanche. About 5 climbers of this team of 20 people are said to be missing. After getting information about the incident, the team of Nehru Mountaineering Institute (NIM) Uttarkashi has left for relief and rescue.

According to the information, on September 3, this team was flagged off from Mumbai to conquer the 7,120 meter high Trishul peak. Colonel Amit Bisht, principal of Nehru Mountaineering Institute, said that on Friday morning, about 10 people of the team proceeded to climb the peak. Meanwhile, suddenly the avalanche came. Navy climbers came in the grip of this avalanche. Of these, 5 out of 10 are safe while the remaining 5 are missing. After which now the search and rescue team of NIM has left from Uttarkashi through helicopter to search for the missing climbers.

#IndianNavy mountaineering expedition to Mt Trishul, Uttarakhand caught in an avalanche near the summit today.
All out efforts for Search and Rescue (SAR) being progressed by the ground team and helicopters from #IndianArmy, #IndianAirForce & State Disaster Response Force (1/2).

The team had left from the Ghat of Chamoli district

A team of 16 trekkers went missing in Lahaul Spiti

Recently, a team of 16 trekkers went missing for trekking in Lahaul Spiti, Himachal Pradesh, out of which 11 members have been rescued on Thursday. It has been told that 4 mountaineers and 7 porters were brought from Dhar Thango to Kah village under the protection of ITBP. At the same time, two bodies were brought on a stretcher by ITBP personnel to the base camp on foot. A joint team of Indo-Tibetan Border Police (ITBP), Army and civil administration was dispatched from Kaza for rescue operation towards the high altitude areas of Manali-Khamengar Pass-Manirang in Lahaul-Spiti, Himachal Pradesh.

Life-saving vaccine made for Koneru Humpy, getting out of tournament one after the other