Indian Navy Power: The country’s first floating missile test range will increase the strength of the Navy in the sea, know what is the plan 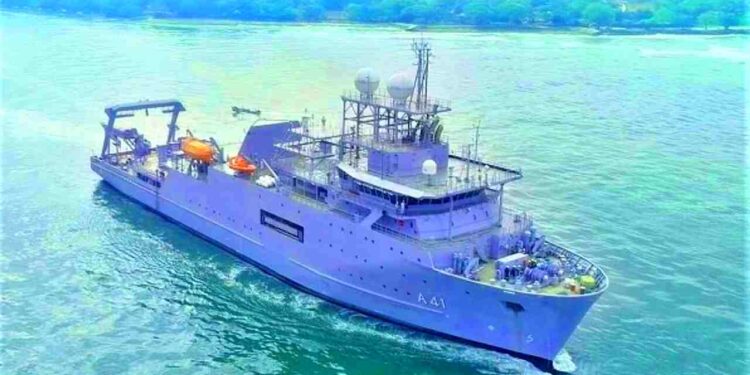 The 9,000-tonne ship will be used to test missiles up to 1,500 km deep inside the Indian Ocean without danger to population or maritime traffic as well.

In the coming days, this FTR is not only going to give impetus to the missile project of the Defense Research and Development Organization (DRDO) but will also facilitate live testing of interceptor missiles for the second phase of the ballistic missile defense program. The navy will be stronger against enemy countries.

This test will run for two months

This trial will last for about two months, after which the FTR is expected to be operational. The ship has been built by the Cochin Shipyard, while the Defense Research and Development Organization (DRDO) has designed it. The approximately 9,000 tonne ship will be used to test missiles up to a distance of 1,500 km inside the Indian Ocean without danger to population or maritime traffic as well.

Four ships with ballistic missiles expected to be commissioned

India is expected to commission at least four ships this year, with the ballistic missile tracking ship INS Dhruv being handed over to the National Research Technical Organization (NTRO) on September 10. The fourth ship class of the stealth guided missile destroyer INS Visakhapatnam and the diesel attack submarine INS Vela, Kalvari, will also be commissioned by the end of the year.

Sea trials of INS Anvesh to begin this month

Once commissioned, the FTR INS Anvesh will give impetus to future missile projects, as it will provide a ready security corridor without going through tedious exercises. With this FTR, missiles and torpedoes can be easily tested at a distance of 400 to 500 nautical miles in the sea. Till now only a few selected countries conduct FTR.

DRDO has made such a plan

The second stage of BMD envisages live test and destroy interceptor missiles to enemy missiles up to a range of 2,000 kms with FTRs. The FTR will also allow the Navy to conduct live missile and torpedo firing as well as surface-to-surface tactical missiles with the Indian Army.

Also read: CoronaVirus: What is the booster dose of the vaccine, which can be approved… why is it needed?