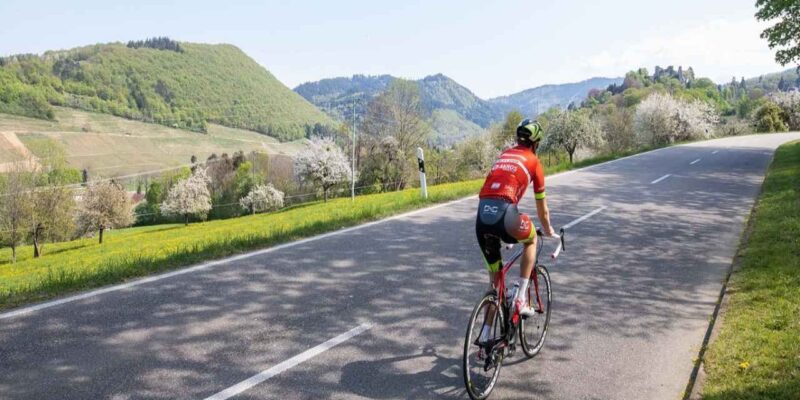 The officials will cover a distance of 472 km. During this, he will also pass through five main passes with extreme weather conditions. The officer is likely to reach Manali in Himachal Pradesh on September 26 afternoon.

An Indian Army officer is cycling from Leh to Manali to set a Guinness record in ‘Fastest Single Cycling (Men)’. A defense spokesperson gave this information. The spokesman said that Brigadier RK Thakur flagged off Lt Col Shripad Shriram of Strikers Division from Leh at 4 am on Saturday.

He told that the officials will cover a distance of 472 km. During this, he will also pass through five main passes with extreme weather conditions. The officer is likely to reach Manali in Himachal Pradesh on September 26 afternoon. The spokesman said that this event is very special as it is part of the ‘Golden Victory Year’ and is being organized on the occasion of ‘195th Gunner’s Day’. India is celebrating the ‘Golden Victory Year’ to mark the 50th anniversary of its victory against Pakistan in the 1971 war.

Indian Army Officer Bharat Pannu holds two Guinness World Records Lt Col Bharat Pannu holds two world records in cycling. A few days ago, he was handed over two record certificates from the Guinness Book. This information has been given by the Indian Army. Take. Colonel Bharat has been given these certificates for the record made in October last year.

Take. Colonel Pannu made the first record on 10 October 2020 when he covered a distance of 472 km from Leh to Manali in 35 hours and 25 minutes. Take another record. Col Pannu created a second world record when he covered a distance of 5,492 km on the path of ‘Golden Quadrilateral’. It took 14 days, 23 hours and 52 minutes to cover this distance. During this he cycled on the routes of Delhi, Mumbai, Chennai and Kolkata.

In an official statement from the army, it was said that this cycling event ended on October 16 and October 30. The event started at Delhi’s India Gate and ended at India Gate itself. Pannu wrote about his experience on his website. Pannu took 20 days of rigorous training in Ladakh before this cycling event. He started his journey from Leh on 10 October.