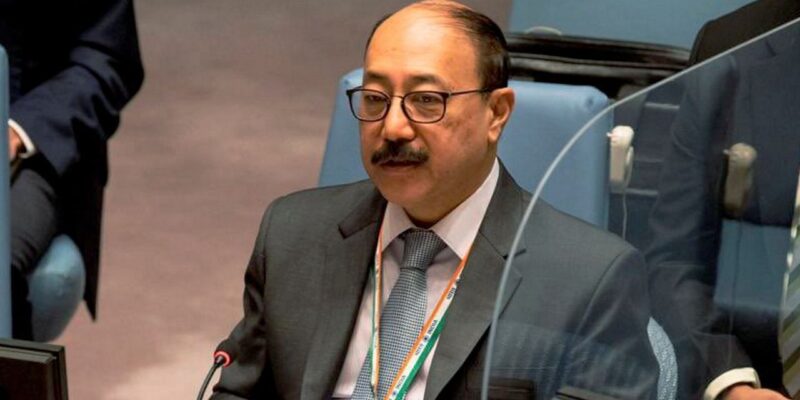 Foreign Secretary Harsh Vardhan Shringla said on Saturday that India has to be prepared to deal with any dire situation arising out of troubled Afghanistan and the situation in the neighboring country may worsen in the absence of humanitarian crisis and administrative arrangements. can. During an event in Delhi, the Foreign Secretary said that like many other countries, India also wants to provide humanitarian assistance to the people of Afghanistan.

“As far as humanitarian aid is concerned, like many other members of the international community, we have said that the needs of the people of Afghanistan and the people in power there… we keep the two separate,” the foreign secretary said. ‘

Referring to New Delhi’s security concerns after the developments in Afghanistan, he said that all possible steps would be taken to ensure that the situation in the neighboring country does not affect India. He did not elaborate on it but said, “We are already seeing the impact of this situation. Whether it has a direct connection or not, we are not sure.

Shringla said, “But there are concerns about this and we have to use our diplomatic measures and all available measures so that we are unaffected by its consequences which are against our interests.”

He said that India has to be aware of such forces who want to take advantage of these situations to harm others. Shringla also referred to the visit of a top official of Pakistan’s intelligence department ISI to that country at the time of government formation in Afghanistan. “We have also seen the formation of a government which is not inclusive and representative,” he said.

“We have seen that the Director General of ISI went there (in Afghanistan) when the government was formed and helped in the formation of the 35-member cabinet, which also includes those declared on the UN Security Council list,” he said.

Responding to a question about links with the Taliban, the foreign secretary referred to the meeting of Taliban leader Sher Mohammad Abbas Stanekzai with Ambassador to Qatar Deepak Mittal in Doha in August. He said that we got some assurances and some things were said about how they want to see our participation.

“I think he was positive about our partnership and diplomatic presence on the development front. But we have to watch carefully how things progress.