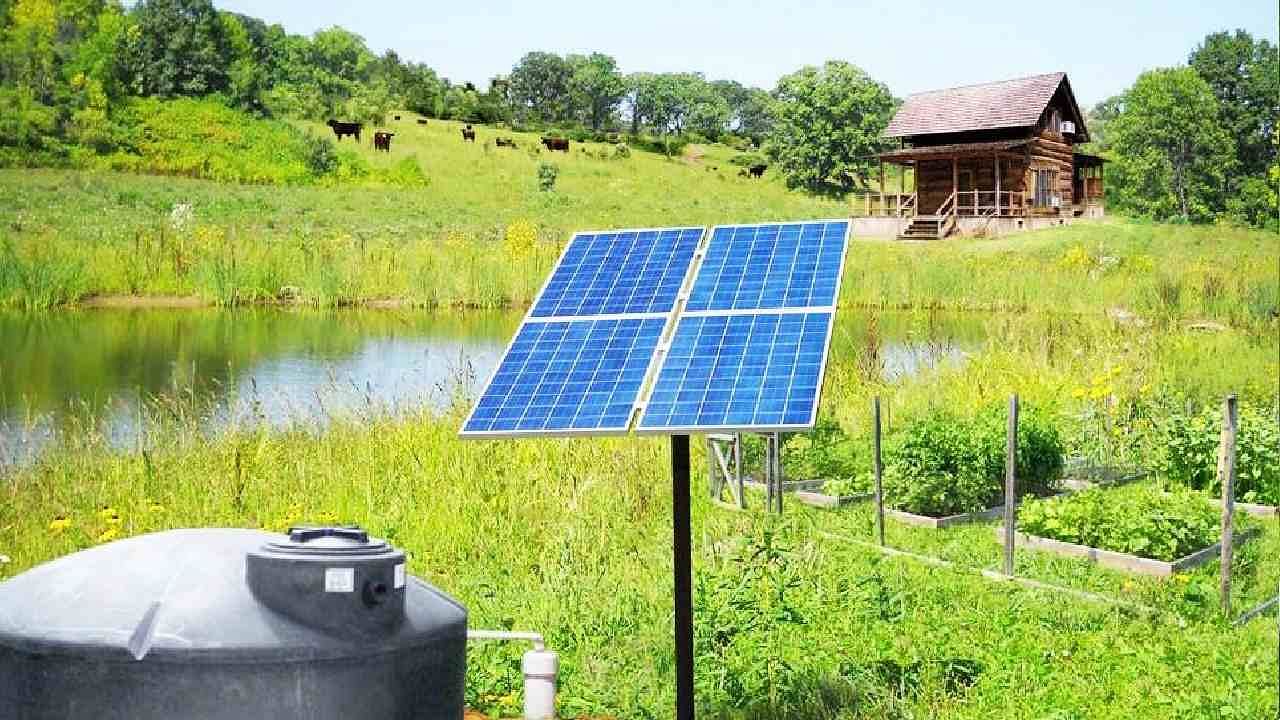 To achieve zero carbon emissions, India’s total installed solar power capacity would need to be increased to 5630 gigawatts (GW) by 2070. This has come to the fore in a new report released on Tuesday by the independent think tank Council on Energy, Environment and Water (CEEW). According to this report, the total land requirement for India’s power generation assets, especially solar power, will be around 4.6 percent. The report is titled – ‘Implications of a net-zero target for India’s regional energy transition and climate policy’.

In the first such assessment of various scenarios to achieve zero carbon emissions, CEEW has said that India will also need to develop the requisite recycling capacity to handle the generated solar PV waste. At present, India has 100 GW of installed renewable energy capacity. Out of which solar energy is 40 GW. Its goal is to increase renewable energy capacity to 450 GW by 2030.

According to a CEEW study, in 2070, electric or battery-powered passenger vehicles will account for 84 percent of all cars sold in the country. Apart from this, 79 percent of all trucks will run on battery-electric technology and the rest will run on hydrogen. Families across the country will also have to use electricity as the primary cooking fuel. The share of wind and nuclear power in India’s electricity generation will have to be increased to 1792 GW and 225 GW.

In the coming days, Mukesh Ambani founded Reliance New Energy Solar Limited (RNESL), working towards making India a manufacturing hub of solar panels. Along with this, a funding of 75 thousand crores was also announced. Reliance New Energy said that it has bought 100 per cent stake in REC Solar Holdings from China National Bluestar Group. This deal has been done for $ 771 million (about 5500 crores).

Regarding this deal, Mukesh Ambani said that with the help of REC Solar, Reliance Industries will be able to make low-cost solar panels. He said that this company has been acquired because the company is working on a strategy to move forward in the direction of advanced technology. With this, India will be self-sufficient in making solar panels.

Apart from this, only last month, the Ministry of Power has decided to allow Central Public Sector Undertakings (CPSUs) under it to bid at the beginning of the year for pre-determined renewable energy capacity based on the position of their books. . The matter of increasing the investment clearance power of the Board of CPSUs falling under the Mini Ratna purview will be taken up with the Public Enterprises Department. Along with this, a proposal to increase the internal rate of return in the renewable energy sector from 10 to eight percent will also be placed before the Finance Ministry.

Also read: Amidst the coal and power crisis, the central government’s big decision, coal production will be increased in the next 5 days

Also read: IMF estimates, in 2022, the Indian economy will be the fastest growing in the world, growth rate will be 8.5%