India fortified on the Line of Actual Control even before the completion of one year of the Galvan conspiracy, China will get a befitting reply 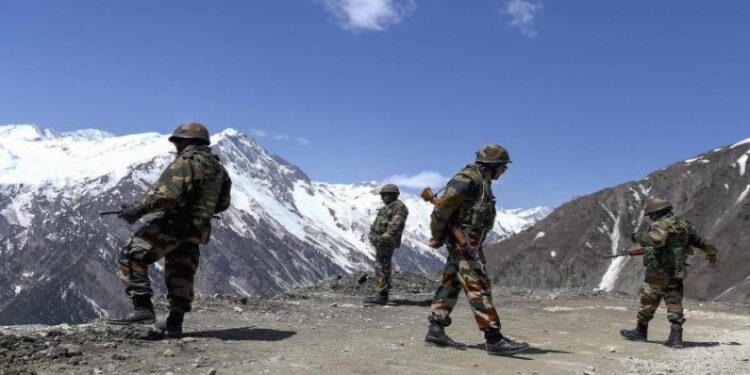 Uncomfortable peace has prevailed on the LAC only after the violent clash with the Chinese army in June 2020, but in the midst of this uneasy peace, the dragon has been plotting continuously.

Last year in the same month, on the night of June 15-16, there was a violent clash in Galwan. The Chinese soldiers had to face the face of the Indian soldiers, but since then China started increasing its strength on the LAC. During this, the Chinese army also bought new weapons and accessories for its soldiers. In the last one year, India has also given full force on the LAC. Even before the completion of one year of the Galvan conspiracy, India has fortified the Line of Actual Control. State-of-the-art weapons and logistics have been reserved for a long time on the LAC. Along with this, many modern weapons and ammunition purchased recently have been deployed in Ladakh. Now whether it is minus temperature or snowy air, every moment in the Central Command, India’s heroic action will be seen. Will challenge the PLA army at the forward post.

First thing about K-9 Vajra cannon. If we talk about modern weapons, then India has deployed its K-9 Vajra guns in eastern Ladakh amid the ongoing conflict with China on the LAC. This is the first time that the Indian Army has installed K-9 cannon on the LAC. However, the reason for the deployment of the K-9 is its strength. The K-9 Vajra is a self-propelled artillery gun, meaning that these guns do not need to be pulled from any truck or other vehicle, but they have wheels like a tank and they can destroy the enemy in the desert and mountains on the basis of these wheels. can.

However, the main reason behind this preparation is China. In the last one year, China has also made a big deployment on the LAC. He has increased his strength. Even during the talks, Dragon has equipped its Western Theater Command with new furnishings and weapons in the last one year. India has been keeping a close eye on this preparation of China, so India’s army has also been continuously strengthening its front. India has also deployed the K-9 Vajra Self-Propelled Artillery Gun as well as the M-777 Artillery Gun on the LAC. India has put these ultra light artillery guns on different fronts with the help of Chinook helicopter.

Although there has been an uneasy peace on the LAC only after the violent clash with the Chinese army in June 2020, but in the midst of this uneasy peace, the dragon has been plotting continuously. There are still many such points on the border of India and China, where there is tension and China’s plan is to take advantage of these situations and move forward. In such a situation, India has strengthened the air defense system along with weapons. The Indian Army has deployed Akash missiles, Spyder from Israel and Pechora purchased from Russia on the LAC in the last one year.

These are weapons that can shoot down fighter jets, helicopters and drones coming from the enemy in a few seconds. In fact, since the melting of snow across the LAC in the area of ​​Ladakh, the Chinese army has been continuously increasing its presence and strength. In such a situation, India has also put full force. To further strengthen the Indian Air Force on the LAC, SPICE 2000 missile, 300 and 320 Spike Long Range Anti Tank Guided Missile R-73, 400 Medium Range Air to Air Guided Missile and X-31 Radar Busting Missile have also been deployed.

Along with these preparations, logistics have also been kept in reserve at LAC for 15 to 18 months. In a year, our army has also made many paths and bridges in the forward area, that is, in the event of war, the army can reach the LAC faster in a few hours than last year. India’s preparation has been strong in every field. India has made an impenetrable shield on the LAC. Now India has every weapon with which China will get a contract answer. When the appointed time comes, China’s back will also break and its spine will also be broken. China is playing tricks against India on every front. Now China has started getting its spies from Bangladesh border into India.

The Chinese citizen who was arrested by BSF from Bangladesh border has turned out to be a spy. In the investigation so far, it has become clear that 36-year-old Chinese citizen Han Junwei is a spy. Han Junwai was illegally entering India through the Bangladesh border in Malda, West Bengal. At that time he was arrested. On searching this intruder, one Apple laptop, 02 iPhone mobiles, 1 Bangladeshi SIM, 1 Indian SIM, 2 Chinese SIM, 5 money transaction machines, US Dollar, Bangladeshi Taka and Indian currency were recovered from him. He has come to Delhi and Gurugram thrice in the last two years.

Obviously, China’s conspiracy against India continues not only on the border but also within the country. Delhi Police has unearthed one such syndicate which duped 5 lakh Indians Rs 150 crore through fake Chinese app. It is clear that while China is chanting the melody of dialogue and peace, on the other hand, it is attacking India.

Also read- SC dismisses petition of former Mumbai Police Commissioner Parambir Singh, saying – ‘Those whose houses are made of glass, they do not throw stones at others’