India and Israel complete 30 years of diplomatic relations, External Affairs Minister Jaishankar and Lapid said – the relationship between the two countries is strong 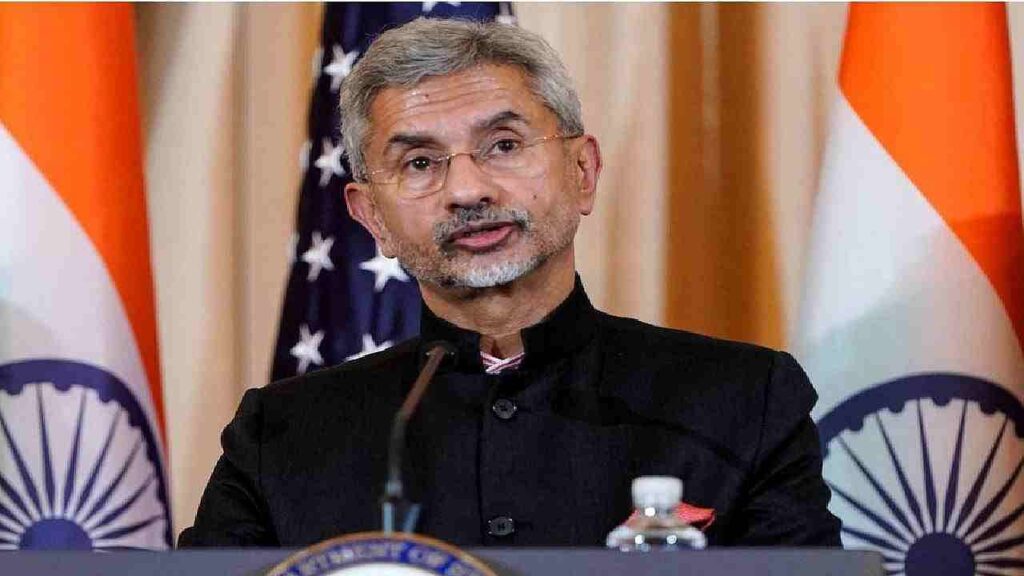 Both the leaders wrote that Israel’s first Prime Minister David Ben-Gurion had put a picture of Mahatma Gandhi in his bedroom. It can be understood from this that both shared a very visionary point of view.

India (India) and Israel (Israel) Foreign ministers wrote in an op-ed to an Israeli newspaper on Friday that friendship and trust between the two countries are not only specialties but also real assets. He said that the two countries have worked together for the last three decades to find solutions to common challenges, including in the security sector, while deepening ties. External Affairs Minister S Jaishankar (S Jaishankar) and Israel’s Foreign Minister Yair Lapid (Yair Lapid) has written a joint op-ed ‘Deepening Roots’ for the newspaper ‘Israel Hayom’ on the completion of 30 years of establishment of diplomatic relations between the two countries. India recognized Israel on 17 September 1950 but full diplomatic relations between the countries were established on 29 January 1992.

Noting the great similarity between the cultures of the two countries, the op ed states that there are great epics like Ramayana and Mahabharata in India and historical texts like Bible and Talmud in Israel that tell not only the story of their people but also to guide the people. It also shows the path of morality. Jaishankar and Lapid have written, when relations between the two countries were established exactly 30 years ago, there was curiosity on both sides, but there was also a sense of familiarity. We are two ancient civilizations. We are also two energetic young democracies driven by an openness to innovation and the ability to communicate with other cultures.

From agriculture and water to innovation and security, the two countries share knowledge, projects and vision, and have shared a unique diplomatic dialogue with the US and Gulf countries in recent months, the two ministers wrote. Both the leaders wrote that Israel’s first Prime Minister David Ben-Gurion had put a picture of Mahatma Gandhi in his bedroom. It can be understood from this that both shared a very visionary point of view.

Both the countries remembered the terrorist attack in Mumbai in the year 2008.

The ministers wrote, the 2008 cross-border terrorist attack in Mumbai reminds us of the common dangers and such incidents should not be allowed to happen again. The two ministers also referred to the meeting between Prime Minister Narendra Modi and Israeli Prime Minister Naftali Bennett in Glasgow and their meeting in Israel to accelerate talks on a free trade agreement (FTA) and work together in key areas such as quantum computing. commitment was emphasized. He has said that the roots are getting deeper between the two countries and it will continue to be meaningful and useful in future also. The foreign ministers have also referred to poetry by Nobel laureate Rabindranath Tagore and Israeli poet SY Agnon.

Also read:- Will the dispute between India and China be resolved soon? Both countries agreed to maintain close contact for a solution