In this bank, farmers are given money in the loan instead of the world’s most expensive cheese, know why 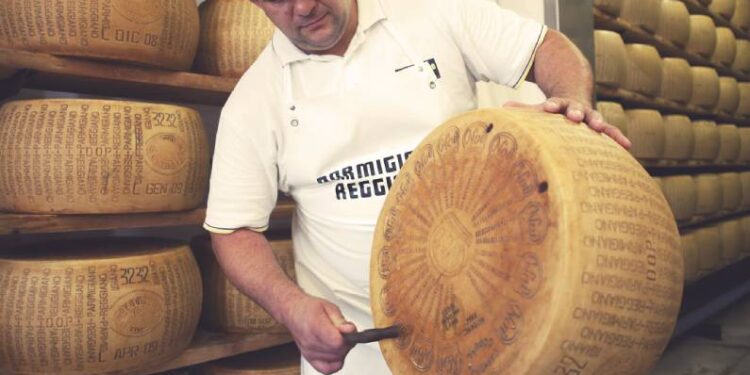 A bank in Italy still accepts Credito Emiliano Parmesan-Reggiano cheese as money. Also, if a farmer needs a loan, he gives the same thing as a loan.

This thing is the most expensive thing in the world.

How would you feel if you apply for a loan in a bank and you get something instead of a loan. Obviously you will be sad and will curse the bank. But there is a bank in the world where farmers are not given money but things in the form of loans. This thing is also not a minor thing, but the most expensive thing in the world. In the bank where this thing is kept, it is not considered less than gold.

A thing worth 190 million euros kept in the bank

The trend of giving Parmesan cheese was seen in the Middle Ages. But even today a bank in Italy accepts Credito Emiliano Parmesan-Reggiano cheese as money. Also, if a farmer needs a loan, he gives the same thing as a loan. This thing is kept in the Golden Wheels in the bank. Cheese is used for loans to promote the local economy. There are about 430,000 cheese wheels in this bank and it is worth 190 million euros.

Tight security around the bank

This thing is kept in a high security complex in the bank. Barbed wire has been installed around the bank for security. Whatever is kept in this bank, it has been prepared by the farmers here. The monitoring of cheese is very strict and the bank staff clean the shelves. Every wheel of cheese is tested to see if it has gone bad. Parmesan cheese is the identity of North Italy. This thing can be kept for 18 to 36 months. This thing is said to be the most expensive thing in the world. This cheese is used in making pasta, soup and risotto.