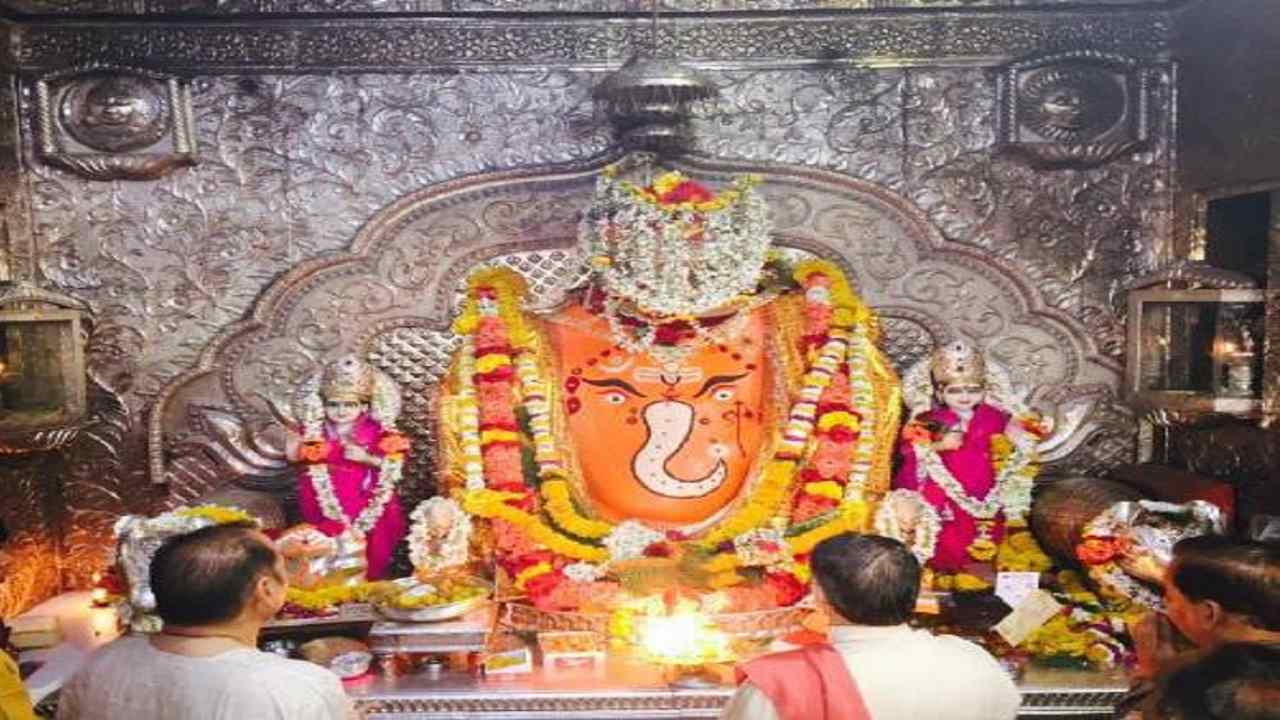 Lord Ganesha has a great place in the Sanatan tradition. Without whom no good work is done. The auspicious beginning of the work is said to start in our place. To know about the Siddha temples of Ganapati, the giver of such Riddhi-Siddhi, definitely read this article.

One of the five deities, Ganapati is considered to be the first to be worshipped. Any work is started with the name of Ganapati and worshiping him because Ganapati is the one who removes all obstacles and performs tasks. In the country and the world, people worship Ganpati according to their reverence, that is why all kinds of statues and pictures of Ganpati are seen. Let us know about some famous temples associated with Devadhidev Ganapati.

The people of Indore city and surrounding areas of Madhya Pradesh have unwavering faith in the Ganpati temple of Khajrana. No person visiting this temple, built by Maharani Ahilyabai Holkar, goes without the blessings of Ganapati. Ganpati is seated here with Riddhi-Siddhi, whose daily worship is done by law and order. On the occasion of Ganesh Chaturthi, there is a huge crowd of devotees here.

There is a huge idol of Lord Ganesha in Indore city of Madhya Pradesh. Due to the height of almost feet outside, this idol looks very beautiful due to being painted with oily colours.

There are many temples of Lord Ganesha in Gwalior, many of which are adorned with vermilion statues. Although the Ganesh idol located in the Chawri Bazar temple of Gwalior is very big. Whose vision only causes the bad deeds of the people.

Lord Ganesha of Mangalore city of Karnataka is famous in Karnataka and Kerala as ‘Sharau Ganapati’ waking deity. It is believed that they were founded by a tantrik. The festival of Ganesh Chaturthi is celebrated here with great pomp.

This temple of Lord Ganesha is situated in the lap of the mountain. It is believed that about 350 years ago, on the day of Vinayaka Chaturthi, Shukla Chaturthi of Paush month, a devotee without any purpose of worshiping, laid his hand on the ground saying Jai Siddhi Vinayak, at that very moment the idol of Lord Siddha Vinayak appeared at this place. . Later the same devotee worshiped that idol with the law. Since then, the worship of Ganapati has been going on here continuously.

It is believed that once here the sickle of a poor woman hit some object while cutting grass in the field and blood started flowing from there. When people took out the idol by digging the ground, then the idol of Lord Ganesha came out from which blood was coming out. After that people established Ganpati by making a sanctum sanctorum at the same place. Since then till today the worship of Ganapati is going on according to the law.

In almost all the Shaivite temples of Bhubaneshwar, the idol of Lord Shankar or Ganpati is situated close to the Shivling. Even before entering the Lingaraj temple in Bhubaneswar, a huge statue of Lord Ganapati is seen. The height of this grand Deity is ten feet. This idol is quite ancient and is very important from the point of view of architecture.

Also read – Ganesh Festival 2021: If Bappa is welcomed in the house with pomp, then also know the right way of immersion