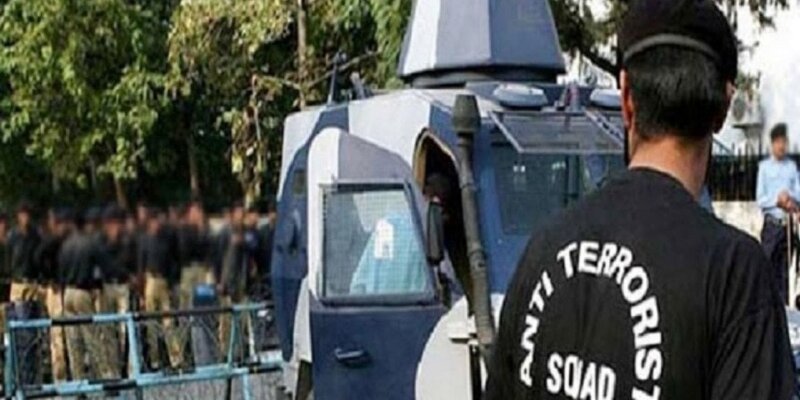 When Maulana Kalim Siddiqui came to the hands of the police, he spewed many secrets. It is learned that Kaleem Siddiqui has spread the web of forced conversions across the country. For this, he has also opened his offices in all the states.

The eyes of the Anti Terrorist Squad (ATS) of Uttar Pradesh Police on Maulana Kaleem Siddiqui, arrested in the country-wide Religious Conversion Case, turned again on Tuesday. Several teams of the Anti-Terrorist Squad started raiding simultaneously at several places in the National Capital Region (NCR), including Shaheen Bagh located in the country’s capital Delhi, since Tuesday morning. According to a top police officer involved in the UP ATS team, “The search is being done on the orders of the court. Whatever possible and suspicious places have been revealed in the interrogation of the accused. Teams are reaching there to search.

According to reliable sources of UP ATS, “The team first searched the F block located at Shaheen Bagh in Delhi at around 10 am. It was learned that the office of Maulana Kalim Siddiqui, accused of mass conversions in the country and currently arrested by us (UP Police), was present here.” According to sources, the ATS has got many important documents from this office which has been sealed since the arrest of Maulana. At present, the team is not ready to disclose about these documents in view of their sensitivity. It is noteworthy that in the month of June (2021), UP ATS had busted this conversion racket.

Shargid spewed the secrets of the master

At that time the police had found Maulana Umar Gautam and Mufti Qazi Jahangir Qasmi. Both had confessed during interrogation that this racket of forced conversion has spread its roots across the country. Along with this, the accused had also raised the name of Maulana Kalim Siddiqui as the real mastermind behind it. Maulana Kaleem Siddiqui, the mastermind of the conversion case, was caught by the police on 21 September 2021. When the police started raiding many places on the behest of Maulana Kaleem Siddiqui, many more accused involved in this dangerous gang also went to the hands of UP ATS.

On Tuesday morning, there are reports of raids in many areas of the national capital including Delhi’s Shaheen Bagh. But the ATS teams are not ready to open the news of raids in other areas. The ATS teams are apprehensive that the other accused may abscond from the spot as soon as the matter of the raids open. It is noteworthy that after the confession of Maulana Kaleem Siddiqui, the police teams also arrested his assistant, Mohammad Salim, Mohammad Idris (Muzaffarnagar, UP), Kunal Ashok Choudhary alias Atif (Nashik, Maharashtra). In this case, a person from Mewat, who was in the hands of UP ATS, had provided many sensational information.

Willing to do anything for forced conversion

The same person had also exposed how Maulana Kaleem Siddiqui’s people send people on foreign travel on fake passports. This young man was also made to travel abroad (Hajj) by the henchmen of Maulana Kalim on the basis of a fake passport. When Maulana Kalim Siddiqui came to the hands of the police, he spewed many secrets. It is learned that Kaleem Siddiqui has spread the web of forced conversions across the country. For this, he has also opened his offices in all the states. In which someone is present 24 hours a day. Maulana Kalim Siddiqui was not deterred even by intimidation through sorcery, witchcraft, occultism to lure people into the trap for forced conversion.

For all this, Maulana used to use the remedies present in a book named ‘Nakshe Sulemani’. Originally on the target of the accused Maulana, there was a large number of youth and women and girls from states like Haryana, Punjab, Rajasthan, Odisha, Bihar etc. It is learned that the arrested Maulana Kaleem Siddiqui had also given training of witchcraft to hundreds of his subordinates. So that even in his absence, the black-business of forced conversion continues uninterrupted. The teams of Anti Terrorist Squad of Uttar Pradesh Police, engaged in digging the roots of Maulana Kalim Siddiqui, are now looking for his disciples against Maulana. Which can prove to be helpful in destroying this abominable game of Maulana.

–Inside Story: Inside Story of ‘Cordelia’ Cruise’s unfinished journey from Mumbai to Goa and ‘MDMA’, the favorite drug of spoiled nobles

Sushant Case: Jailed Kunal has a special relationship with Gauri Khan, is there any connection with Aryan’s arrest?