In Sundergarh, Odisha, disturbances in the purchase of paddy at MSP, farmers being cheated 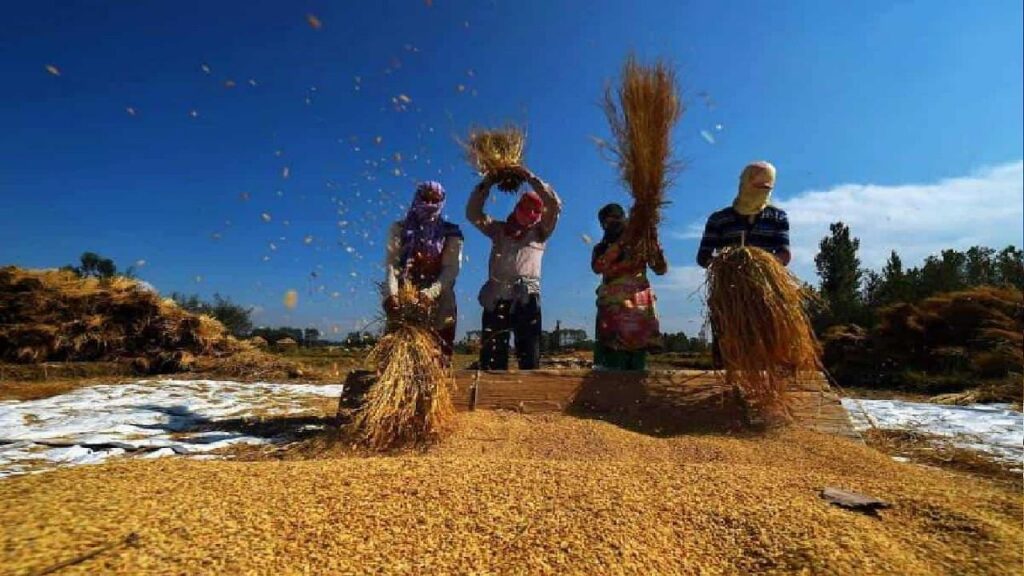 Sundergarh Civil Supplies Officer (CSO) BC Mangraj said that in the last fortnight raids were conducted in four godowns of Kuanramunda, Nuagaon, Bisra and Lefpripada blocks, in which about 176 quintals of paddy have been recovered, which were purchased from farmers at low prices. Was.

In Odisha, there is a scam in the procurement of paddy at MSP.

Although the administration has already initiated action in some cases, however, due to the absence of any strong mechanism, the administration is facing a lot of difficulties in tracing the people engaged in this illegal business of paddy. Sources said that middlemen and rural traders have formed rapport with several corrupt officials of civil supplies and revenue departments, The New Indian Express reported. Apart from this, people have succeeded in making tokens in the name of farmers with the help of Large and Multi Purpose Cooperative Societies (LAMPS).

Paddy being bought from farmers at cheap price

Last week, District Kisan Congress President Chakradhar Mahato submitted a memorandum to the District Collector, demanding an inquiry into the allegations and exemplary action against those who cheated the government and denied genuine farmers from selling their paddy at MSP. He had claimed that illegal business of buying paddy at low rates was going on in Lathikata, Nuagaon, Bisra and Kuanramunda blocks of Panposh subdivision. Unscrupulous traders and middlemen are buying paddy from small farmers of Jharkhand and adjoining areas at Rs 1,000 to Rs 1,100 per quintal and indirectly selling the stock in mandis at an MSP of Rs 1,940.

Purchases made in four warehouses

Sundergarh Civil Supplies Officer (CSO) BC Mangraj said that in the last fortnight raids were conducted in four godowns of Kuanramunda, Nuagaon, Bisra and Lefpripada blocks, in which about 176 quintals of paddy have been recovered, which were purchased from farmers at low prices. Was. He claimed that he has a strong system in place to stop middlemen.

Aadhaar has to be submitted during registration

The CAO said that during registration, farmers have to submit land records and Aadhaar details, while field verification is being done. In addition, satellite imagery is being used to compare farmers’ land holdings and actual paddy production to estimate surplus paddy for sale.

1.20 lakh tonnes have been procured

Last year, a case of resale of cheap paddy came to light in Tasladihi Mandi of Tangarpali block. Rashmilta Behera, Deputy Registrar of Co-operative Societies told that this year the Tasladihi Paddy Purchase Center has been stopped from the procurement process. Behera claimed that no complaint has been received so far regarding the illegal practice of reselling distressed paddy at MSP. Let us inform that since the procurement started on December 15, so far out of the target of 18.27 lakh quintals of the first phase, about 1.20 lakh quintals of paddy have been procured.