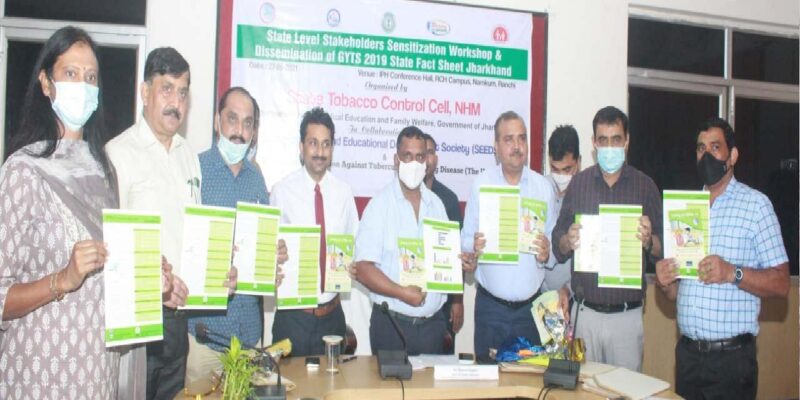 There has been a decrease in the figures of tobacco users in Jharkhand. Health Minister Banna Gupta said this in a workshop organized by State Tobacco Control Cell and Seeds at Namkum, Ranchi. Addressing the workshop, Health Minister Banna Gupta said that tobacco companies are adopting new ways to attract people to increase their business. Not only this, those companies are now working on promoting its use in boys as well as girls. The Health Minister said that if women consume tobacco, then not only their health will be affected, it will also have a bad effect on the children to come.

Decrease in tobacco users in the state

Banna Gupta said that to get rid of tobacco use, prevention can be done by spreading awareness among them and strictly following the rules made by the government. He told that Gupta told that the number of tobacco users in Jharkhand has come down from 50.1 percent to 38.9 percent, but this figure is still much higher than the country’s figure of 28.6 percent.

Laws need to be tightened

He said that the main objective of implementing the provisions of COTPA, 2003 is to prevent the underage youth and students from access to tobacco products. For this, 100% compliance of COTPA should be done. The Health Minister also requested the representatives of the Central Government present in the program to amend the Central COTPA Act on the lines of the COTPA Amendment Bill 2021 in the Jharkhand Legislative Assembly.

Read also: Preparation is being done in this way in Ranchi to deal with the third wave of Corona, the Deputy Commissioner gave instructions to the hospitals

Team India will change for T20 World Cup! Ishaan and Suryakumar’s form raises concerns, Iyer may get a chance