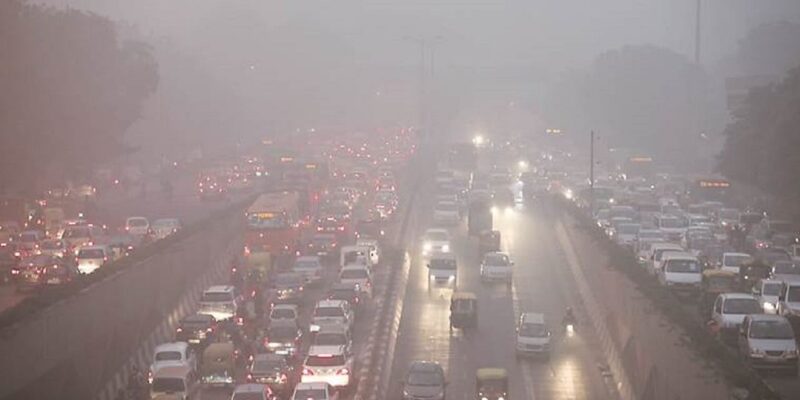 The Indian Institute of Tropical Metrology (IITM), Pune has developed Decision Support System (DSS) to predict the sources of local and regional pollution. According to this, 25 percent of Delhi’s pollution is being contributed the most due to transport. After this, 11 percent pollution is happening due to biomass burning.

DSS is a numerical model based framework to identify the sources of particulate matter pollution in Delhi. It forecasts the sources of pollution, which can affect the PM 2.5 of Delhi in the next 120 hours. The system forecasts the share of emissions in the city’s air quality from eight different areas of Delhi, apart from the contribution of emissions from 19 districts of Delhi, UP and Haryana. It predicts the share of Delhi’s PM 2.5 from biomass-burning activities in neighboring states.

how does it work

According to the system, the contribution of local emissions at 8.30 pm on Thursday is likely to be garbage burning (2.14 per cent), road dust (1.74 per cent) and construction work (3.53 per cent), a scientist said. With the impact of neighboring districts on Delhi’s air quality, Jhajjar’s share is likely to be 8.31 per cent and Rohtak’s 7.54 per cent. The contribution of the surrounding districts in the PM 2.5 of Delhi is decided considering the direction of the wind.

The DDS forecast says that the share of biomass burning is likely to be around 10-11 per cent from Wednesday to Friday. A scientist said that the number of fires in the fields at present could be different than what the DSS had forecast. Because the system is based on algorithm considering the scenario of stubble burning of the last 20 years.

ahead of all agencies

Apart from forecasting local and non-local partial contribution to PM 2.5 in Delhi over the next 120 hours if emissions in a locality are reduced by 20 per cent, 40 per cent or 60 per cent, different scenarios on the impact of DSS on Delhi’s air quality. gives. For example, if emissions from Delhi transport are reduced by 20 percent, the air quality is expected to be 4.69 percent on Thursday. Looking at another scenario, if there is a 40 percent reduction in emissions from Rohtak, there will be a 3 percent increase in air quality on Thursday.

Sachin Ghude, scientist and head of IITM’s Air Quality Forecasting Group, said that this unique surge has put Indian agencies ahead of any other operational agencies in the world.

As soon as the door of the bathroom was opened, the woman saw the dragon, screamed out of fear