IIT Kanpur claims – Corona infection not presently on peak in Delhi-UP, up to 10 thousand cases can come in one day till these dates

There is a suspicion of 8.5 thousand cases of Corona coming to Delhi every day (Corona Cases In Delhi).

After Corona’s record-breaking cases in Delhi and UP, it was being speculated that the infection was at its peak. But according to IIT Kanpur Research (IIT Kanpur Research), Corona Not in Peak in Delhi- UP has not yet arrived in Delhi and Uttar Pradesh. According to research, soon corona infection will occur at its peak in both places. In Uttar Pradesh, 10,000 cases of corona will be revealed in a day. Research has said that the peak of Corona will come from April 21 to 25 in UP.

According to Manindra Aggarwal, the program director of the cyber security hub of IIT Kanpur, ten thousand cases of corona infection can be reported in UP in a single day (Ten Thousand Cross Cases). At the same time, the peak of Corona virus in Delhi can come in the last week of April. 8.5 thousand cases of corona are being suspected every day in Delhi.

‘Corona’s Peak has not arrived in Delhi yet’ 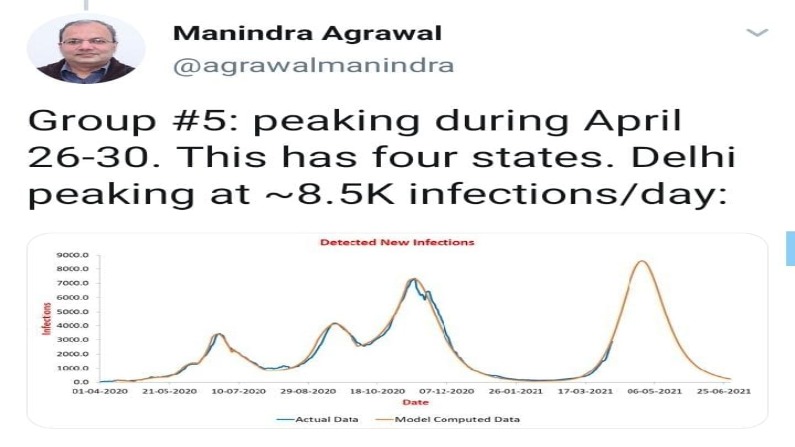 Rapidly growing corona infection in Delhi has increased the concern of everyone. Corona cases in Delhi are breaking records. On Tuesday, Corona cases crossed 5 thousand, which was the largest figure in one day in Delhi this year. In the last twenty-four hours, more than five thousand cases have been reported, while 17 people lost their lives. The number of infected patients in the capital has crossed 6.85 lakh.

Corona infection is in full speed in UP. After six months, the cases of infection are increasing rapidly again. There is a stir after about 6 thousand new cases are reported in a day. On Tuesday, 5,928 new cases were reported in the state. After September last year, once again, there is a boom in mamalas. On September 13, 6,239 cases were found in the state. Corona cases are increasing once again. At the same time, 30 people have lost their lives in twenty four hours. In Lucknow, the infection is spreading fast. On Tuesday, 1188 new cases were reported in the capital. At the same time, 7 patients died. 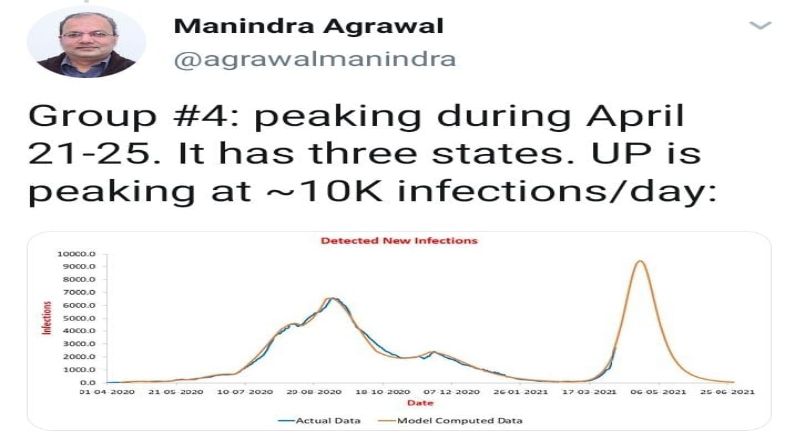 At the same time, according to the research of IIT Kanpur, more cases will come up in a day. Corona’s peak has not arrived in Delhi and UP at the moment. The record Mamale will appear in peak time.