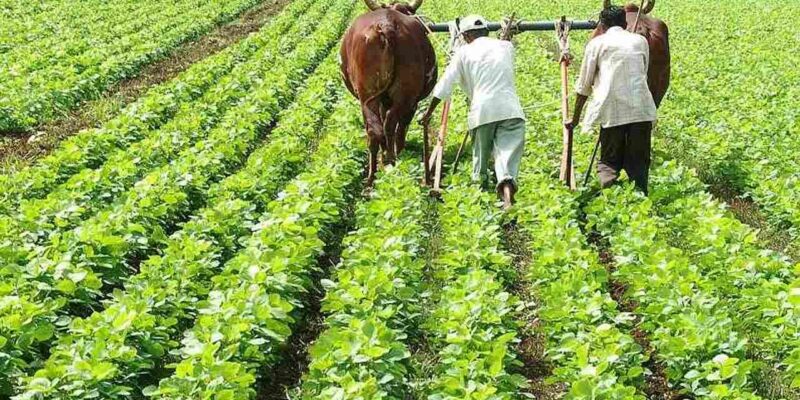 Soybean cultivators were hit by the reduction in prices.

The work of procurement of Kharif crops on Minimum Support Price (MSP) is going on fast in the agricultural produce markets of Madhya Pradesh. Now the arrival of soybean is also increasing in the mandis. The Madhya Pradesh State Agricultural Marketing (Mandi) Board has directed the farmers to expose the soybean crop to sunlight before bringing it for sale in the mandis, so that they can get a good price for soybean.

Mandi Board Managing Director Vikas Narwal said that instructions have been issued to all the secretaries to inform the farmers of their market area about this. Information about this is being conveyed to the farmers through Munadi. The Assistant Director of the Mandi Board informed NewsNCR that instructions have been issued by the Board to 259 mandis of the state to get Munadi done in their area and tell the farmers to dry soybeans and bring them to the market.

He said that in the past it was seen that the soybean which is coming in the market. The moisture content in it is from 20 to 22 percent, due to which the farmers are getting lesser prices. If the humidity is less then the prices will also be good.

The average price of soybean is getting Rs 4 to 5000 per quintal in the mandis. On September 17, the maximum price had gone up to Rs 16151 per quintal in Sailana Mandi of Ratlam district. But then the central government approved the import of soymeal. This decision had an impact on the domestic market and prices. Seeing the price of soybean, it fell from 16 thousand and came down considerably. Now farmers are selling their produce at Rs 4 to 5000 per quintal.

Farmers say that due to the decision to import soymeal, we are incurring huge economic loss. This time farmers had cultivated soybean in more area. But after going higher, the prices fell. The farmers, who have been facing losses for the last two-three years, were expecting a good income this time. But the government’s decision dashed their hopes.

Also read- Now the government will give subsidy on potash made from molasses, the Fertilizer Ministry said – the income of sugarcane farmers will increase

Akhilesh Yadav congratulated Ram Navami on Mahanavami, came under the target of BJP and social media