If there is no job for 1 month then this PF fund will come less, you can withdraw so much money 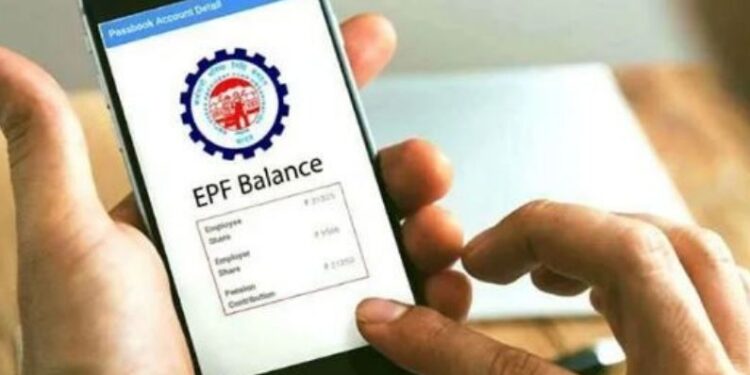 PF Withdrawal: People who have PF account and have lost their job, then they can easily withdraw money from PF account.

Employees who have not yet linked the EPF account with Aadhaar, then they should deal with this work immediately.

The second wave of corona virus has had a great impact on people. Along with the disease, the economic condition of the people has also been affected. While the salary of many people has come down, many people have lost their jobs. People who have faced problems in their jobs and have faced financial crisis, then PF can become their support at this time. Actually, people who have PF account and now their job has gone, then they can easily withdraw money from PF account.

Information has been given on the official Twitter handle of EPFO ​​that EPF members can withdraw non-refundable advance money in case of unemployment. That is, now you can withdraw money from the PF account and this money will not have to be deposited back like a loan. In such a situation, know how much money can be withdrawn in this situation and what are the rules for them…

How much money can I withdraw?

If an employee has lost his job for more than a month and now he does not have any employment, then he can withdraw money from the PF account. According to the information given by the EPFO, account holders can withdraw 75 percent of the money deposited in their account, which is a non-refundable amount. EPFO said that unemployed members are being helped through this facility as well as their pension membership will continue.

By next month, more than 6 crore subscribers of Employees’ Provident Fund Organization (EPFO) are going to get good news. By the end of July, EPFO ​​is going to send interest at the rate of 8.5 percent to the account of its subscribers. The Central Board of EPFO ​​had announced to send interest in the month of September last year itself. More than 6 crore subscribers of EPFO ​​​​are going to get interest at the rate of 8.5 percent for the financial year 2020-21. This is the lowest interest coming in the EPF account in the last 8 years.

Linking with Aadhar is also necessary

Also read- It is a small coin in appearance… but if we went to sell it got 138 crores! Learn – What’s in it