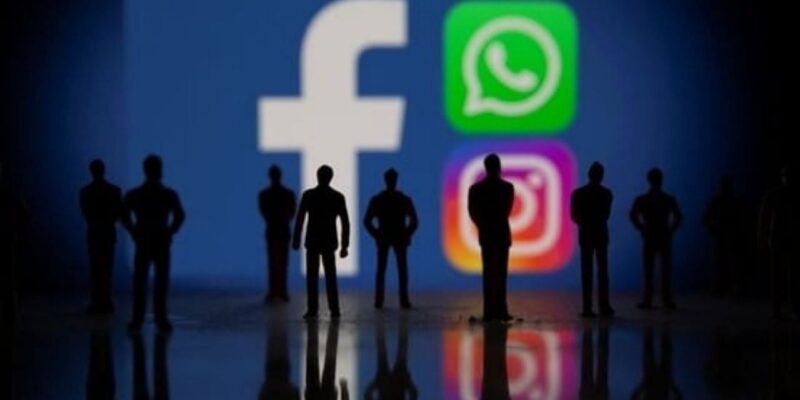 Is it impossible to live without social media now?

Yesterday i.e. on 6th October, Jio network disappeared in some cities of Madhya Pradesh and Chhattisgarh. This accident of sometime caused a lot of panic. Some people immediately applied for Airtel or Idea, but it takes time to port the mobile sim, so everyone was restless. There was a jump in social media from other networks. Two days before this, from 9 pm to 5 am, the services of Facebook, WhatsApp, Instagram and Google were collapsed.

There was even more panic and there was a lot of hue and cry. It was told that due to this disturbance, Zuckerberg, the owner of Facebook, lost $ 7 billion (about Rs 52,217 crore). That is, today mobile networks have become so important that it is difficult to imagine living without them.

The thirteenth was also settled, but the letter was not received.

My grandmother died in the year 1985. I was in Delhi then. Father immediately wrote me a letter which was not received. After this a sheet of information of his thirteenth was sent, that too was not received. Then there was no phone call at my residence in Delhi or my ancestral house in Kanpur. My family members did not know the office number. A week after my grandmother had turned thirteenth, my cousin came to Delhi for an interview and stayed at my house. Seeing his glazed head, I asked- “Pappu why did you get your head shaved in this severe winter?” Then he told that brother grandmother was no more and also that Tau ji sent you letters many times. Since I had returned from Kanpur only two days before grandmother’s death, my father thought that maybe I would not want to attend grandmother’s funeral because I had just gone there. And this thing made the father feel so much that he even told a few people that his only son did not feel any pain due to the death of his mother. Father did not keep meeting me after this.

Go whoever is bad, he does not return to Udri, and whoever returns is neither poor nor poor!

But today the situation is quite the opposite. If it is late while returning from the morning walk, then the wife’s call will come on the mobile. If there is a slight delay in the office then the call will come. Even while traveling in the train, every hour-and-a-half is asked – where to reach! Now what is to be believed that when there were no mobiles or phones, did people believe as soon as their loved ones went out that now they will not return! As a child, Grandfather used to tell that the one who goes to Badrinath either cannot come back and if he comes, then he will not be poor.

He used to recite it in a poem – “Jay jo badri, he returned na Udri, and returned jo udri to hoy na daridri!” Now I don’t know how true his words were, but there is a practical side to it that since there were no means of communication then it was not even known whether our relative who went on such a high mountain crossing the dense forests was alive or not. . When the Kedarnath accident happened in June 2013, many people died because they had no means of communication to seek help. Because the network does not work on distant mountains. Even today, no other mobile sim works except BSNL as soon as Rishikesh moves forward. And at some point he also goes missing.

One listened and the other told

From this the only conclusion comes that how big is the contribution of communication tools in saving human life. When the British came to India, here the duggi was beaten to send information from one place to another. Through what one listened to, the other used to reach from one village to another and then to the third village. And whenever a treaty or agreement or state order was sent from one state to another or a distant place, a royal person would take it. For this, horses running at high speed would be collected and that information was conveyed to the destination through village-to-village and city-to-city.

But the common man had no means of sending his information. That’s why the British started the postal service. Through which any person could send his letter by paying the prescribed fee of this postal service. Although initially the postmen were not paid any salary, they would have been happy just getting the reward. Most of the people who did this work were the watchmen of the village. Sometimes they would send letters, sometimes they would either burn these letters or throw them in the river-nala.

Later, the salary was fixed for them and the postal department was created for this service. After a long time, telegraph service was started for the convenience of the British soldiers. Telegraph service was started in India in 1853. Telephone service came into force at the beginning of the 20th century. But after about a hundred years, mobiles could come. Mobiles revolutionized human life as soon as it came. Every moment information is now available. With this, internet service and then social media changed the world. In the blink of an eye, you can see the incident thousands of km away face-to-face and for this you do not even need the help of any third medium.

Communication is its centerpiece in human life. Communication is what drives it. All this vitality is possible only through communication. This communication is the parent of information. Human being is the only creature in the universe which is not dependent on natural means for communication. Because he developed the means of information to be aware of danger. For example, every non-human creature in the universe relies on natural means to get away from the imminent danger. And other beings help in this. For example, monkeys are the first to make noise when they come close to a lion, which alerts the surrounding animals. Similarly, the bird gives information about the snake. In return, the deer give food to the monkey and other animals protect the birds from the hawk. But there is no such interdependent relationship of man with other creatures of creation. Perhaps not even because every creature of nature is most afraid of man. And man is always afraid of every living being. But since man is equipped with communication facilities, he himself recognizes every danger.

If you have taken both doses of corona vaccine, then for how many days there is no need to worry… how to be careful in festivals?

Madhya Pradesh: Garba will be able to be done only till 10 pm, Ramlila will be organized with 50% audience; guidelines issued