If Sardar Patel had done it for a while, then Lakshadweep would not have happened in India… read the interesting story of its merger 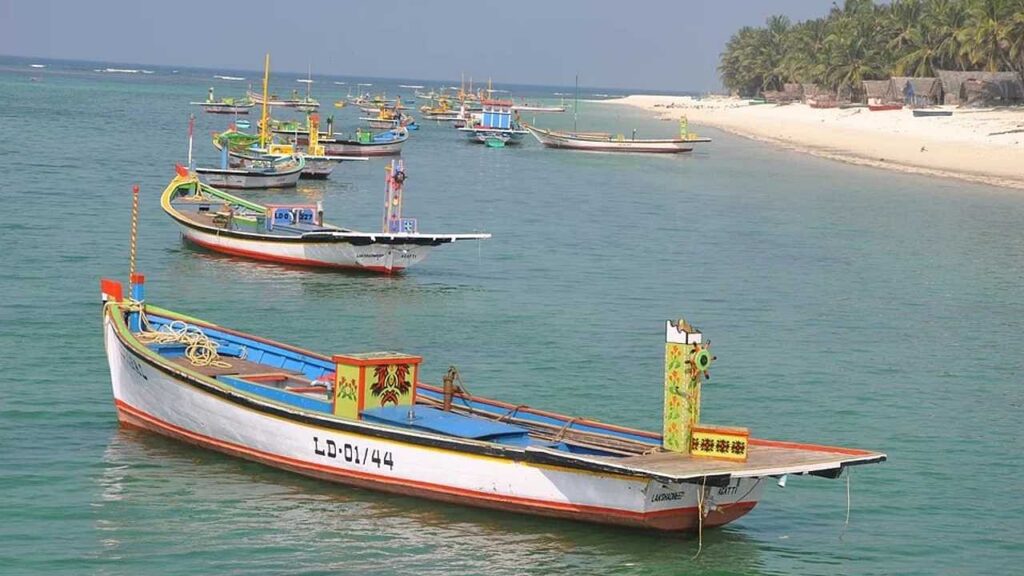 The smallest union territory of India, Lakshadweep is an archipelago consisting of 36 islands with an area of ​​32 islands.

The birth anniversary of Sardar Vallabhbhai Patel, the architect of modern India, is celebrated as National Unity Day or National Unity Day. Sardar Patel played an important role in integrating more than 500 princely states into the Union of India, due to which it is celebrated as National Unity Day. Whenever it comes to Sardar Patel’s turn to unite all the princely states, Lakshadweep is always mentioned. Actually, the story of the merger of Lakshadweep with India is quite interesting and it is said that it is only due to the decision of Sardar Patel that it has become the goal of India.

Lakshadweep was earlier a place where people were cut off from the mainstream and their border was not close to Pakistan. But Patel felt that after some time Pakistan can occupy here, after that Patel took quick action and took such action that Pakistan had to face the loss and Pakistan’s dream could not be fulfilled. Before Pakistan reached Lakshadweep, Patel took action and included it in India.

It is said that this was the specialty of Sardar Vallabhbhai, whose eyes were fixed on every incident. On the one hand, his eyes were focused on Hyderabad, Junagadh and other states, while on the other he equally focused on Lakshadweep in the south. The special thing is that he played an important role even for a small place like Lakshadweep. In fact, soon after the partition of India in the year 1947, Pakistan also had an eye on Lakshadweep. Sardar Patel had realized this earlier.

As soon as Sardar Patel came to know about this, he started action without wasting any time. He asked the Mudaliar brothers, Arcot Ramasamy Mudaliar and Arcot Lakshmanaswami Mudaliar, to immediately travel with the people of Travancore and hoist the tricolor there. His instructions were that the islands adjacent to the border should be captured and the national flag should be hoisted there. It is said that at that time Sardar Patel had said that if the police did not have weapons, then they should be sent with sticks, but by any means they should be captured there.

After the order of Sardar Patel, the same was done there and the tricolor was hoisted on Lakshadweep. Every intention of the neighbor to capture Lakshadweep was destroyed on sight. It has been told in many reports that when the people of Travancore Police were going to hoist the flag, at the same time the ship carrying the flag of Pakistan was also going there. What happened in this situation that the Indian police reached there early and put up the flag. After this, when the Pakistani ship arrived, the flag of India was already there. After this, Pakistan returned after seeing this and the dream of Pakistan was broken. In such a situation, it is believed that if Pakistan had reached before India, then the situation could have been different.

What is the story of the first?

According to the information available on the Internet, human settlements existed in this area around 1500 BC. Islam emerged here with the arrival of Muslims around the seventh century. During the medieval period, the region was ruled by the Chola dynasty and the Kingdom of Cannanore. After the death of Tipu Sultan in 1799, most of the territory went to the British and after his departure, the Union Territory was formed in 1956.

What do you know about Lakshadweep?

Lakshadweep, a group of 36 islands, is known for its exotic and sun-kissed beaches and lush green landscape. The name of Lakshadweep in Malayalam and Sanskrit means ‘one lakh islands’. The smallest union territory of India, Lakshadweep is an archipelago consisting of 36 islands with an area of ​​32 islands. It is a uni-district union territory and consists of 12 atolls, three reefs, five submerged banks and ten inhabited islands. The islands cover 32 km, the capital is Kavaratti. The area here is 32.69 sq km and its population is 64,473 (Census 2011). Apart from this, the literacy rate here is 91.82 percent.

Also read- What is in the name… Before Facebook, many companies including Google and Apple have made changes