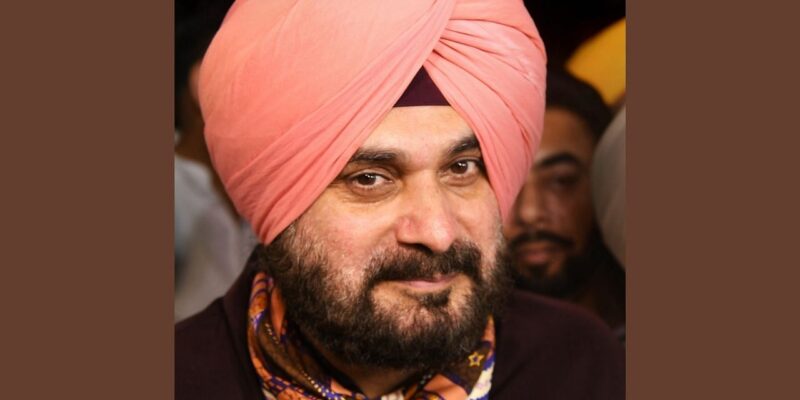 Navjot Singh Sidhu had said that whether he stays on any post or not, he will stand with Rahul Gandhi and Priyanka Gandhi. Angered by Sidhu, Captain Amarinder Singh resigned from the chief minister’s post and became vocal against him.

Political turmoil continues in Punjab Congress. Meanwhile, it is being said that the Congress high command is planning to appoint Ravneet Singh Bittu as the president of Punjab Congress unit. Actually, the party has been persuading Navjot Singh Sidhu to hand over the command of the state again for the last several days, but now he is changing his mind. Many Congress leaders are busy trying to pacify Sidhu.

It is being told that apart from Bittu, the Congress is reportedly considering Manish Tewari and Pratap Singh Bajwa. Sidhu had resigned from the post of Punjab Congress President after being upset over some new faces in Punjab Chief Minister Charanjit Singh Channi’s cabinet, allocation of portfolios and appointments to important posts, including the Advocate General. After resigning, Sidhu had said, “I will fight for the truth till my last breath.”

Sidhu has been demanding the removal of senior Indian Police Service officer Iqbal Preet Singh Sahota who has been given the additional charge of Director General of Punjab Police. Sahota was the head of the Special Investigation Team (SIT) set up by the Akali government to probe sacrilege incidents in 2015. Sidhu had accused Sahota of wrongly implicating two Sikhs in the sacrilege case and had given a clean chit to the members of the Badal family.

Sidhu also raised questions on the appointment of the new state Advocate General AS Deol, who was the counsel for former Director General of Police Sumedh Singh Saini in 2015. Sidhu had said that whether he stays on any post or not, he will stand with Rahul Gandhi and Priyanka Gandhi. Angry with Sidhu, Captain Amarinder Singh resigned from the post of Chief Minister and he became vocal against him. Meanwhile, there are reports that Captain Amarinder Singh may announce a new political organization and the name of the new party will be ‘Punjab Vikas Party’.

Singh has resolved to defeat Sidhu in the 2022 Punjab Assembly elections. Before submitting his resignation as Punjab CM, Singh had issued a statement which read, “I have been in politics for 52 years, but they treated me like this. At 10.30, Congress President Sonia Gandhi asked me to resign. I didn’t ask any questions. At 4 o’clock I went to the governor and submitted my resignation. If you doubt me even after 50 years… my credibility is at stake and there is no trust, then there is no point in being in the party.”

read this also- Punjab Assembly Election 2022: Akali Dal announces 5 more candidates for the elections, read- who got the ticket from these seats