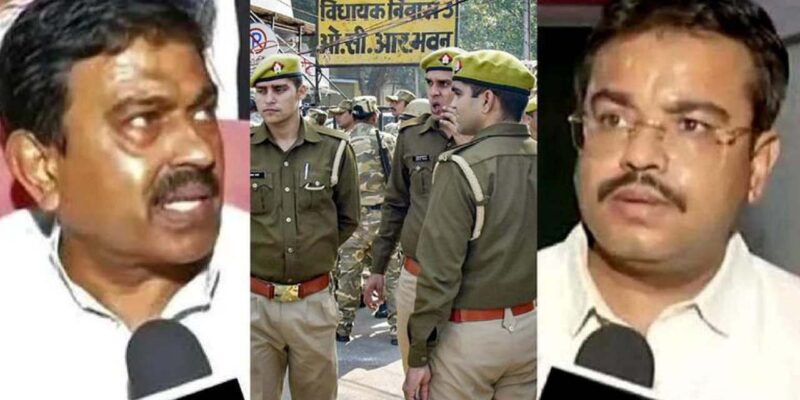 Union Minister of State for Home Ajay Mishra Teni has defended his son Ashish on the Lakhimpur Kheri violence case.

Union Minister of State for Home Ajay Mishra Teni has defended his son Ashish on the Lakhimpur Khiri Violence case. He said that miscreants disguised as farmers have beaten up people at the spot. Responding to the questions of the media, the Minister of State for Home (Ajay Mishra) said that if you people would have seen the video, then you would also believe that my son was not there. Minister Teni said that if my son had been there, he too would have been murdered by now.

On the son Ashish Mishra not appearing before the police, Union Minister of State for Home Ajay Mishra Teni said that he would appear when the police called him. Along with this, he said that his son had received the notice yesterday, but his health was somewhat disturbed. Ajay Mishra said that son Ashish himself has said that he will appear tomorrow and record his statement in front of the investigating agency. Along with this, he talked about Ashish’s innocence.

‘My son Ashish is innocent’

The way miscreants disguised as farmers have beaten up people at the spot, if you people have seen the video, you will also believe that if my son was also there, he too would have been murdered by now: Union Home MoS Ajay Mishra Teni, Lucknow, Uttar Pradesh https://t.co/fbkgKrSNqH

Ashish Mishra has been asked to appear before the Crime Branch on October 9 at 11 am in connection with the violence. Earlier, the police had called Ashish Mishra alias Monu for questioning at 10 am today, but he did not reach the crime branch. Due to Ashish not reaching the crime branch, now all kinds of discussions are spreading among the people. Let us inform that on Thursday, the police had pasted the notice at Shahpura Kothi residence of Union Minister of State for Home Ajay Mishra Teni in Lakhimpur.

‘Not presented due to health reasons’

Many officers, including DIG Upendra Agarwal, reached the crime branch even before 10 am today. But the accused Ashish Mishra did not appear before the inquiry committee till the stipulated time. Since Friday morning, there was a gathering of media personnel at the crime branch in the police line. Due to non-arrest of Ashish and not appearing before the inquiry committee, the stir has intensified. Now his father says that Ashish could not appear before the police due to health reasons. He says that he will record his statement tomorrow.

Also read- “Who is politicizing the Lakhimpur issue? Those who are supporting Taliban”, said CM Yogi on Lakhimpur case

10 highlights of the Tata-Air India deal