If farmers adopt this method of saving water, then the biggest problem will end in Bundelkhand 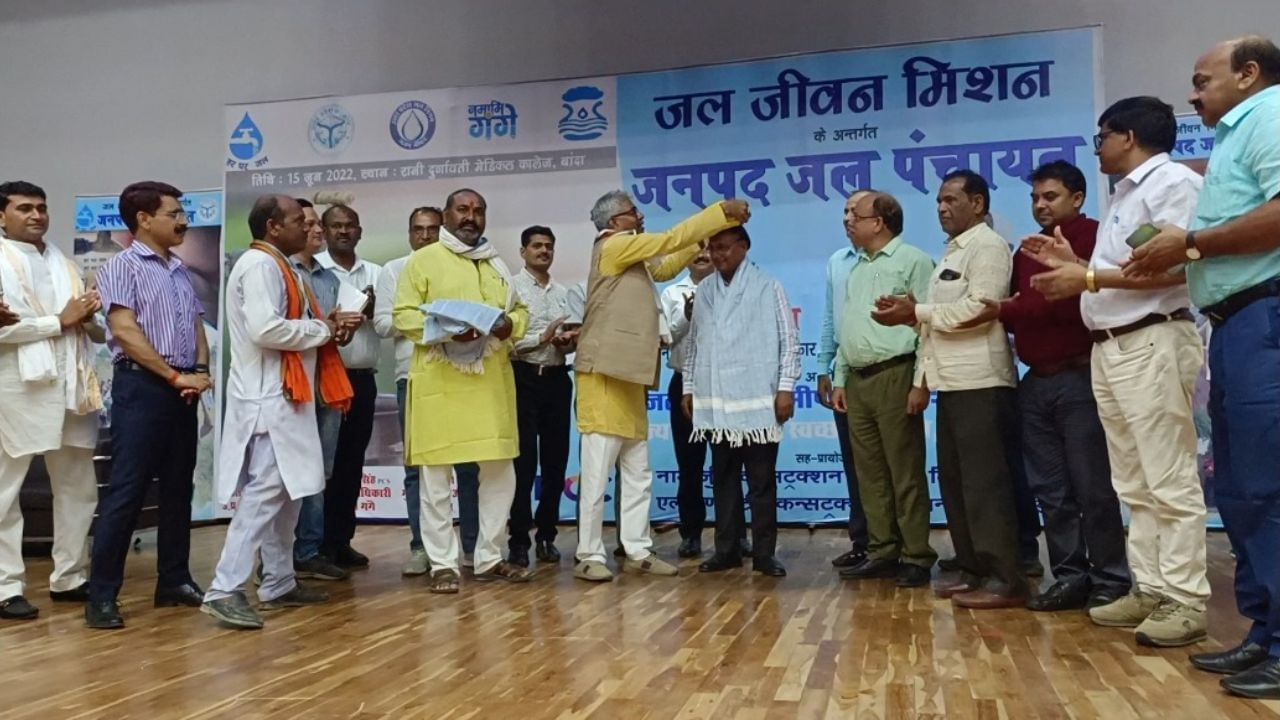 If the scheme of weeds on the fields and trees on the bunds is implemented in the whole of Bundelkhand, then the pot of water of nature will be filled and the problem of water in Bundelkhand will end. First of all we should take initiative to save water before building our house.

Uttar Pradesh (Uttar PradeshThe area of ​​Bundelkhand is facing water crisis. Due to lack of water here, farmers (FarmersAlong with this, common people have to face a lot of problems. Efforts are being made at many levels to overcome the problem of water scarcity in this area. Under this, a Jal Panchayat was organized under Jal Jeevan Mission in Banda district here. Water warriors, village heads and their secretaries took part in this. In the program, there was a discussion on how to keep the village water in the village.

In this program held at Rani Durgavati Medical College, water warriors told that we have worked on water harvesting abroad. We have a means of storing rain water. Many countries abroad are moving very fast in saving water, because in the coming time there may be a world war on water. Therefore, we can stop the water with the help of weeds on the field and trees on the bunds. Farmers will play an important role in this. He gave an example and told that we fill water in the matka in our homes. It ends after drinking, which is refilled. Similarly, the ground water is also getting exhausted and only 10 percent is left. So we have to save water.

everyone needs to try

The water warriors told that if the plan of the farm on the bund and the tree on the weir is implemented in the entire Bundelkhand, then the pot of nature will be filled and the problem of water in Bundelkhand will end. First of all we should take initiative to save water before building our house. We have to save water at all costs.

The water warriors told the District Officer Banda and said that they are making continuous efforts from village to village for water. NITI Aayog member Umashankar Pandey said that our ancestors bring water by traveling to 4 dhams. It is forbidden to pollute water in the Quran. If the first citizen of the village is the head, then make your village a model. No one can survive without water. If all of you people make your village water, then the problem of Bundelkhand will end. PM Modi’s dream will be fulfilled.


To stop the rain water in the field, fencing can be done in the fields. Check dams, ponds or wells can be built to store water in the village, which will be useful for tomorrow. With the inspiration of PM Modi in the district, DM Anurag Patel has taken a pledge to revive the dead rivers, lakes and ponds in the Jal Jeevan Mission in the Amrit Mahotsav program of independence. In this, people from village to city are engaged in making Banda water by donating labor.