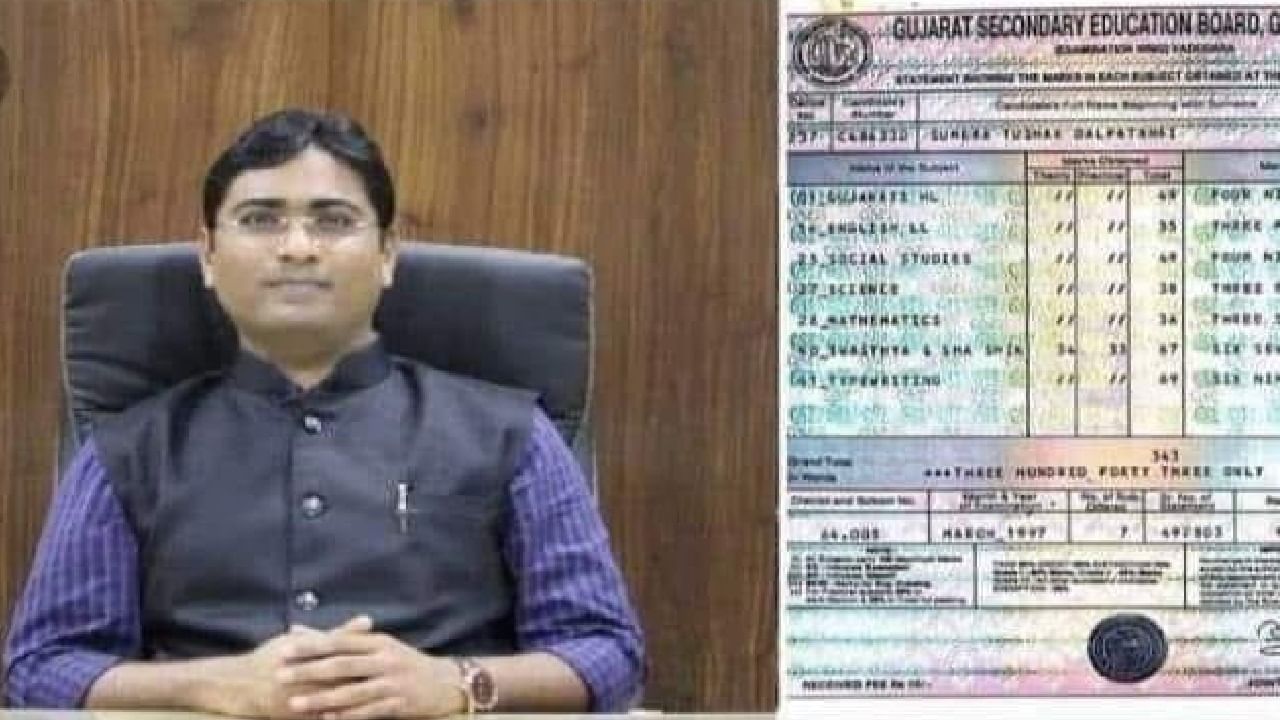 IAS Officer 10th Marksheet: These days the results of the boards are being announced in different states of the country. After the declaration of results, some students are passing with good marks, while some top (Success Story) are doing. But there are also students who have not been able to get success. Such students are very disappointed after seeing their numbers and negative thoughts are coming in their mind. These students feel that their future is hanging in the balance due to bad marks in the exam. This thing has also gone home in his mind that all the doors of his career have been closed. However, this does not happen at all.

In fact, the numbers of an IAS officer have shown that getting a bad number does not mean that the doors of his future are closed. Tushar Sumera, Collector of Bharuch district of Gujarat (Tushar Sumera) 10th marksheet has been shared. His mark sheet can give inspiration to all those who feel that their future is in trouble due to low marks. It can be seen in these marksheets that Bharuch collector has very less marks in subjects like English, Maths and Science. Looking at these numbers, it does not seem at all that he will become an IAS officer in the future.

10th got only passing marks

Actually, IAS officer Avneesh Sharan (IAS Officer Awanish Sharan) has tweeted the marksheet of Bharuch collector. He tweeted, ‘Bharuch Collector Tushar Sumera, while sharing his 10th marksheet, has written that he got only passing marks in class 10th. His 100 got 35 marks in English, 36 in maths and 38 in science. Not only in the whole village but in that school it was said that they cannot do anything. At the same time, now this tweet is becoming increasingly viral. Bharuch collector Tushar Sumera himself has also responded on this. Re-tweeting the tweet, he wrote, ‘Thank you sir.’


It is worth mentioning that Prime Minister Narendra Modi had praised the work done by Collector Tushar Sumera under the Utkarsh Initiative campaign in Bharuch. On the other hand, so far this tweet of Avneesh Sharan has been liked by more than 17 thousand people. Apart from this, 3000 people have also retweeted it. Apart from this, comments have also been made on the tweet.

Tollywood Star Vijay Sethupathi: Let us tell you that a 54-year-old stuntman has passed away…