‘I feel like I have come to some other city’, after Kashi Vishwanath darshan, the wife of the PM of Nepal praised the development works 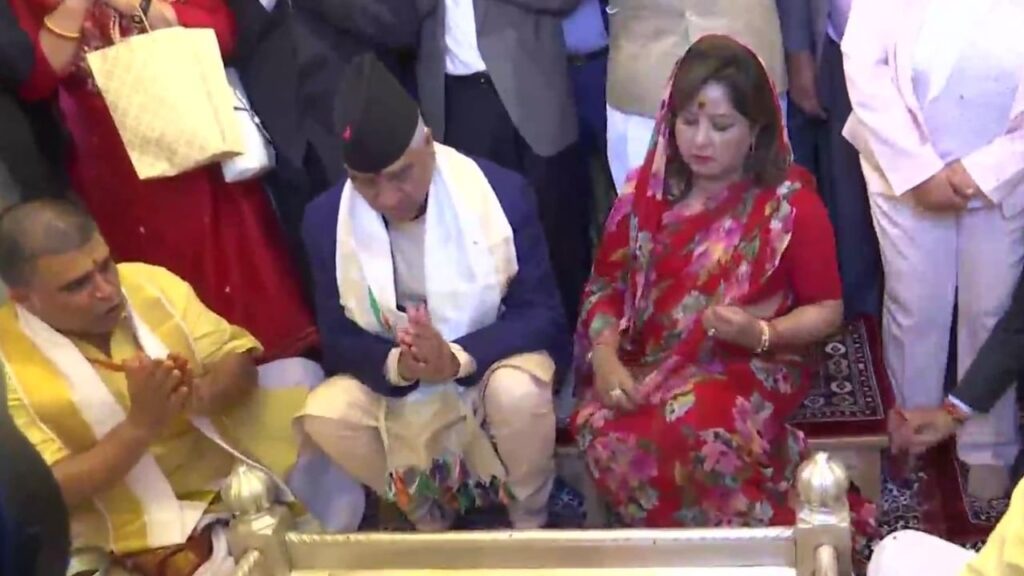 Nepal’s PM Sher Bahadur Deuba is on a visit to India. During this, he reached Varanasi’s Kashi Vishwanath Temple to offer prayers. His wife Arju also worshiped Lord Bholenath in the temple.

The wife of the Prime Minister of Nepal praised the development work done in Varanasi. (Photo Source-ANI)

Prime Minister of Nepal visiting India (Nepal PM) Sher Bahadur Deuba with his wife Arju Deuba today at Kashi Vishwanath Temple (Kashi Vishwanath Temple) arrived for darshan. During this, he worshiped in the temple with his wife. During this, the wife of the Prime Minister of Nepal visited Varanasi (Varanasi) greatly appreciated the development works. She said that she had come to India for the first time in 1990. After this he toured India in the year 2017. Arju Rana Deuba said that now she has come to India after 5 years. They have got to see a lot of changes here.

praising the development works of varanasi

The wife of the Prime Minister of Nepal praised and said that the way here is very well made. He said that everything is looking great now. Now the entire Ganga can be seen from the temple. After the path is correct, everything is clear. Let us tell you that Varanasi is the constituency of PM Narendra Modi. Due to the construction of Kashi Vishwanath Corridor, now the narrow lanes leading to the temple have become wide. People no longer have to get stuck in the crowd.

Varanasi, Uttar Pradesh | I came to India in 1990 for the first time, then in 2017, and now after 5 years. I’ve seen a lot of change, I feel as if I’m in another city itself, especially in the Kashi Vishwanath area: Arzu Rana Deuba, wife of Nepal PM Sher Bahadur Deuba pic.twitter.com/ZMvFDAlqI4

After reaching Varanasi, Nepal’s PM Sher Bahadur Deuba visited the Kaal Bhairav ​​temple with his wife and during this time UP CM Yogi Adityanath was also present with them. After this, he reached the temple with CM Yogi to visit Baba Vishwanath. Where he worshiped and took the blessings of God.

read also-UP: Villagers reached SDM’s house to complain, the officer abused them and drove them away; video viral