How will the farmers’ income double with just 20 paise per kg increase in the MSP of maize? 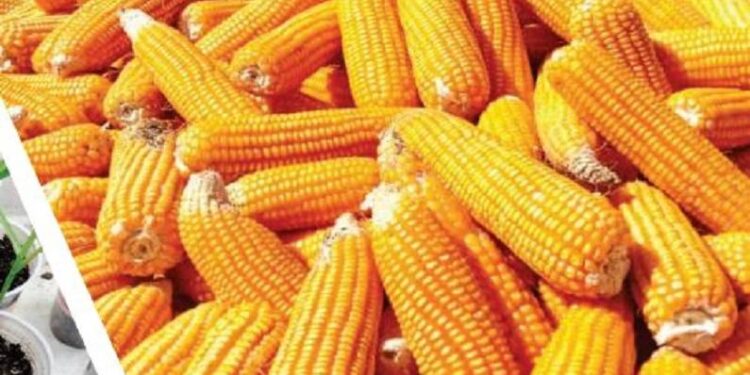 The central government has increased the minimum support price of maize by only Rs 20 per quintal. Which the farmers are calling insufficient. On the other hand, maize producing farmers are already yearning for MSP.

How will farmers benefit from maize cultivation? (Photo-ICAR)

The Central Government has announced an increase in the MSP-Minimum Support Price for all Kharif crops for the season 2021-22. But the increase in the MSP of Maize is surprising the farmers. It has been increased by 20 paise per kg. Farmers say that the government rate is not available at the top, yet if the increase was to be done only on paper, then it would have been safe. The rate of plowing of the field, the price of pesticides and diesel is sky high. In such a situation, how will the increase of Rs 20 per quintal benefit the farmers and how will their income be doubled?

The minimum support price of maize was Rs 1850 per quintal. Which has now increased to Rs 1870. Some states are promoting maize in the name of crop diversification. Especially the Haryana government is insisting on sowing of maize by leaving the cultivation of paddy to the farmers. But if in this way the price will increase by only 20 paise per kg, then why would a farmer grow maize maize?

Diesel rate hiked throughout the year

Most of the farmers in India have been irrigating their fields with diesel pumpsets. In such a situation, they are being hit by the inflation of diesel. We will talk about increasing its price by making Delhi the basis. Here on June 10, 2020, the rate of diesel was Rs 62.29 per liter. Whereas today on June 10, 2021, it has increased to Rs 86.47. That is, a record increase of Rs 24.18 in a year.

That’s why MSP guarantee is needed.

Well-known agricultural economist Devinder Sharma says that at present, farmers in Punjab are forced to sell maize at the rate of Rs 800 to 850 per quintal. While its production cost is also Rs 1246 per quintal. Even on the central government’s online market e-nam, its rate is around Rs 1500 a quintal. In Bihar also maize is being sold at a price less than the MSP. Therefore, till the government does not guarantee the MSP, the farmers will not get the real benefit.

State President of Bihar Kisan Manch, Dhirendra Singh Tudu said that even if there is an increase of Rs 20 per quintal, there is no cumin in the camel’s mouth. In this way, the income of farmers will not be doubled till 2022.

According to the Indian Maize Research Institute (IIMR), the production of maize in both Kharif and Rabi seasons together was 27.82 million tonnes in 2018-19. In which the share of Rabi was only 7.19 million tonnes.

In 2017-18, the area under maize sown increased to 9.38 million hectares. We started producing 30.7 quintals per hectare.

In the world, about 61 percent of maize is spent as fodder. 22 percent is used in industry and 17 percent as food.

It has got the status of industrial crop globally. Because 83 percent of its production in the world is used in the feed, starch and biofuel industries.

Maize is used as a basic raw material for about 3000 products. America is the largest producer of maize. It produces about 36 percent of the world’s production.

Also read: There is a ruckus over the rate of mustard, but how much does it cost to produce?