How to get a license for a pistol or a gun? It is not that easy.. Have to roll a lot of papads! 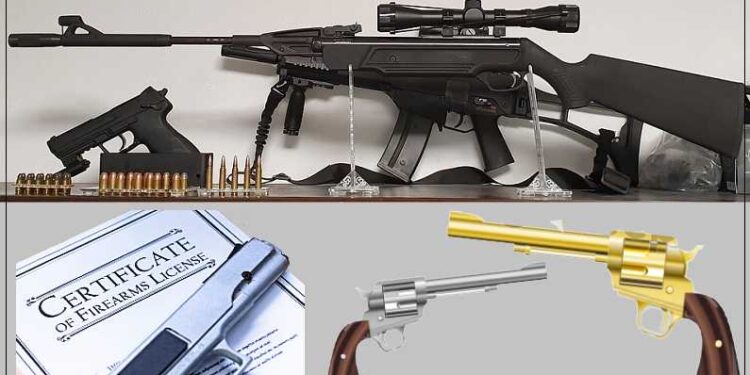 How to Apply for Gun License: If you want to have a pistol for self-defense, then you must be 21 years of age or more to get the license. Your ability is tested on many other parameters.

How to get Gun License? (Pixabay/Freepik)

How to get License for Gun, Pistol, Revolver.: Who needs weapons like pistol or gun? Obviously – to the police, to the army, to the security forces of any kind. Although goons and crooks also keep weapons… but they carry out criminal acts with it. Do common citizens also need weapons? Absolutely happens. If their lives are in danger! Or they may need a pistol, rifle, etc. for self-defense.

But is it so easy to have a gun? There is no general item to buy from a weapon shop and keep it in the house. For this you need a license (Gun License). But how to get this license, where does it have to be made? And is it easily generated like aadhar card or driving license?

What is the eligibility for Gun License?

(How to obtain Gun License): Under the Arms Act, 1959, one can take arms for self-defense by taking a license from the administration. If you want to have a pistol for self-defense, then you must be 21 years of age or older to get the license. You should be a citizen of India. You should not have serious criminal cases registered against you. You should be physically and mentally fit.. No government dues. Apart from all these qualifications, an important condition is that you have to give reason that you are in danger of life. Some players also take a weapon license for shooting.

Who issues the license?

The right to issue the license has been given to the Home Department/Ministry of the State Governments. In different states, DM i.e. District Collector, District Collector, Commissioner or other officers of this rank issue licenses, but the police station and local administration also have a role in it. For this you have to apply in a prescribed format. You have to tell what kind of weapon you want. Small arms like pistol, revolver or big guns like rifle, double-barreled.

What are the documents required for license?

What is the process of getting a weapon license?

Pankaj Kumar, an officer of DSP rank in Bihar said that first of all you have to apply in the office of DM / Collector / Commissioner. From here your application is sent to the SP’s office and then from there to your local police station.

Now your verification will be done in the police station. About your identity, work and criminal record. If needed, investigation is also done in the Crime Records Bureau. The investigation done by the police station is crosschecked, then the report is sent back to the SP office. After completing the formalities, your application is sent back to the DM office along with the report. If needed or in doubt, an investigation is also done by the Intelligence Department.

Now on the basis of all the reports, the DM decides whether you should be given a license or not. It is entirely at their discretion whether to issue a license to you or not. Having all the reports accurate does not necessarily mean that you will get a license.

Buy weapons only if you get a license

If you get the license then you can buy the same weapon for which you applied for. You can buy weapons from government registered shops. Then the details have to be filed with the administration by taking it. The record of your weapon is also kept in your respective police station. After registering there, you can keep pistols, rifles etc. with you.

It is also necessary to keep a record of bullets

Along with the application for a gun license, permission has to be taken for bullets as well. There is a fixed quota of pills. You have to keep a record of where you spent the bullets and give information about it. Only then you will be given new pills again. If you have fired bullets to show off or to create power or to create panic, then legal action can be taken against you. 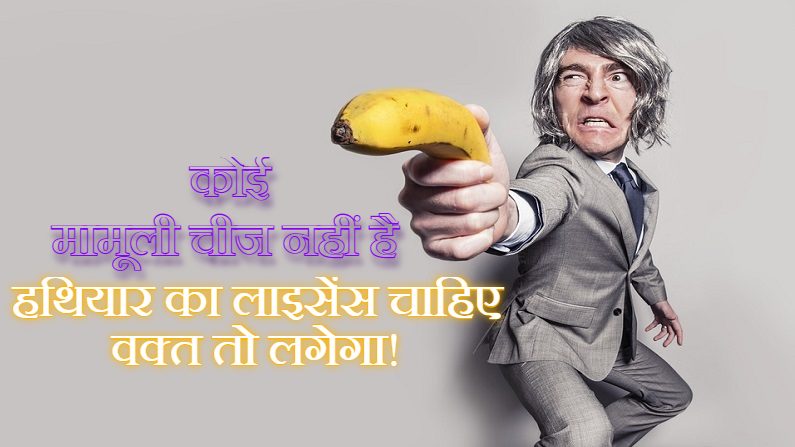 (Gun License Process: The process of obtaining a license for a gun is very complicated)

How long does it take to get a license?

There is no definite answer to this question. Because no time limit has been fixed for getting the license. Rakesh Purohitwar, who has more than a decade and a half of crime reporting experience in Bihar-Jharkhand, says that the process of getting a license is quite complicated. If everything goes well on your part and the DM wants, then you can get the license within a month.

It is important to have a DM’s convention. Rakesh says that many people take more than a year. He said that some such cases have also been seen in which due to rivalry or any other reason, a person applies for a license but is killed before the license is issued. Although everything is fine, then assessing your need, the administration issues you a license in a short time.

What is the validity of license?

The gun license was earlier available for three years, the period of which has been increased to 5 years by the government. This period means that the license has to be renewed again after the expiry of the validity. For this also the license holder is re-examined. A person cannot carry more than 2 weapons.

If you take a weapon, it does not mean that you should go anywhere waving the gun. The primary license is given to you for the district level. A separate application has to be made to be taken along to another district or state. After the recommendation of the DM, it is the authority of the Ministry of Home Affairs whether to give a license for the state or country level. National licenses are given only to Union ministers, MPs, sportspersons, security officers.

If you have a licensed weapon, don’t become a big Tees Maar Khan!

What happens if the rules are not followed?

Under section 307 of the IPC, a case of murderous assault is made, which can be imprisoned up to 10 years. Even if someone gets shot in a pretend firing and dies, even then a case of culpable homicide will be registered against the person and there can be a big punishment.

Also read: After all, why does the rotten smell come from LPG, after knowing the truth, you will also salute this idea