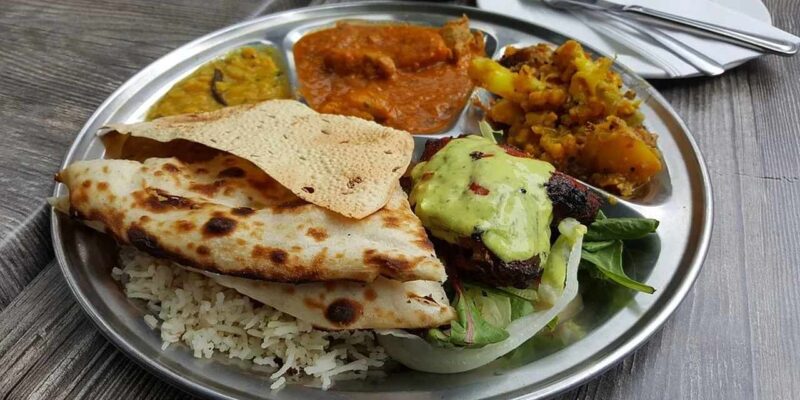 Many things come to the fore about eating roti and rice together in the meal.

Often people eat either rice or roti. But, many people have a habit that they include rice along with roti in their meal. You must have seen that whenever there is both roti and rice in the plate, people eat roti first and rice in the last. But, why do people do this? At the same time, the question is whether it is the right decision of the people to do so or not. In such a situation, today we tell you whether eating rice later is the right decision or not?

Apart from this, some people also talk against eating rice and roti together and they feel that in a meal one should eat rice or roti, while what is included in a balanced diet, both roti and rice. In such a situation, know that the answers to the questions related to roti and rice, which you should know…

Is it right to eat roti and rice together?

Many things come to the fore about eating roti and rice together in the meal. Many experts consider this to be correct, while many experts say that if possible, it should be avoided. In a report, experts say that there is no problem in eating both together, because both are the same grain and the calories are almost the same in both. In such a situation, it is not very difficult for the body to digest it.

However, an expert says that both the grains should not be mixed. While there should be a little gap in eating these two grains. When both the grains enter the intestine, the glycemic index is high. Since both cereals have a high carbohydrate content, putting them together helps your body absorb starch. If you do this then it is not easily digested and there is a problem like bloating. In such a situation, it can be said that you should not change your food habit and should eat the way it is good for your stomach.

Why not eat rice first?

Often people have to believe that when you eat rice first, your stomach gets full in no time and after that you are not able to eat roti. That’s why people eat roti first and then rice. Before eating rice, the stomach feels full, but after some time you start feeling hungry. In such a situation, eating rice after roti is considered the right way and after eating roti, eating some rice fills the stomach well.

Also read- Know what are the rules regarding drugs, what types of intoxicants are illegal and how punishment is decided

Birth Anniversary: ​​Ashok Kumar was an actor as well as an astrologer, after seeing Manto’s horoscope, he told this truth

Death Anniversary: ​​When Kishore Kumar escaped after locking the house due to a stage performance