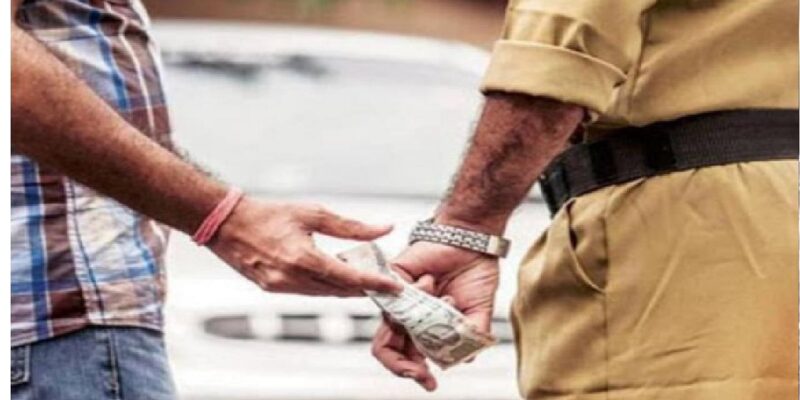 Heavy recovery is made from truck drivers. (signal picture)

Of course, the thieves did not get money in the house of SDM Saheb, but it is the case of some government departments of Madhya Pradesh that when one of his employees was raided, he turned out to be a millionaire. This incident is not one time, it has happened many times. In the same year, on 9 July 2021, a raid was conducted at the house of a government engineer in Gwalior. 4 crore bungalow, 5 kg silver, 3.5 lakh rupees were found in this raid.

On May 2021, a raid was conducted at the house of a clerk from Madhya Pradesh in Bhopal. In this raid, many properties including 1 note counting machine, 3 crore rupees were revealed. On March 2021, the house of a government teacher was raided in Betul. This government teacher turned out to be the owner of assets worth more than 5 crores. In February 2021, the Sitpura Assistant Committee Manager was raided. In this raid, assets worth more than 2 crores, 3 lakhs in cash were found. These are few cases which expose the black money of some government employees in Madhya Pradesh.

Truck drivers across the country pay a bribe of Rs 48,000 crore annually

In the capital Delhi also 84.4 percent of the truck drivers had to work by paying bribe. This is just a study. Here we only gave you information about the recovery from truck drivers. If we talk about other sectors together, then this amount will be of lakhs and crores. In a survey conducted by CMS-ICS, it was revealed that in 2017 bribes of 6,350 crore were given to 10 departments for government work on behalf of the common man, the government departments which collected bribes include PDS, Health, School, Electricity, Water Supply, Housing. , Police, Banking, Justice Department, Tax Department are included. It is only a matter of 10 departments, which the common man always has to deal with. However, it is a matter of relief that in 2017 people had paid less bribe than in 2005. In 2005, a bribe of 20 thousand 500 crore was recovered.

read this also- First China, then Lebanon and now India; Will Delhi-Maharashtra-Gujarat go into darkness? How severe is the power crisis?

Delhi government launched ‘Desh Ka Mentor’ program, children from 9th to 12th will get better career guidance in this way

Crude oil reached the highest level of 7 years, the rupee slipped to a low of 15 months, now what will happen next?