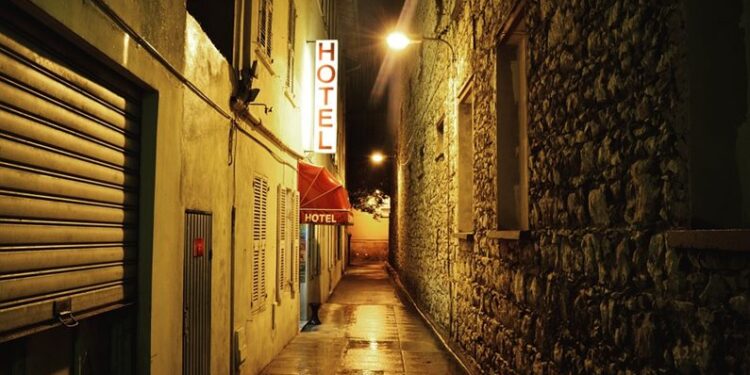 About 25 million foreign tourists come to India every year, but this number has gone down a lot during the Corona period.

Corona is having a huge impact on the economy of the country. Especially today we will talk about the hotel industry. It is believed that the tourism industry gives employment to about 5 crore people in the country. In this too, half the participation is from the hotel industry alone. About 2.5 crore foreign tourists come to India every year, but this number has gone down a lot during the Corona period. According to a government figure, about 80 million foreign tourists came to India in April 2019, which was reduced to just 470 in April 2020. More than 60 million tourists visited India in May 2019, while in May 2020 only 1329. Similarly, only 4480 in June 2020, 6503 in July 2020, 18469 in September 2020, 30,917 in October 2020, 60156 in November 2020 and only in December 2020 Only 80 thousand foreign tourists came to India. At present, the figures are only till December. That is, when the second wave had not even started. You can guess what this year’s picture will be like. At present, the expectations are not from foreign, but from domestic tourists because 60 percent of the business in the tourism industry is done by domestic tourism, which is currently stalled.

This picture of Kashmir would have been really beautiful. If there was hustle and bustle in Dal Lake. If there was no silence in the hunts. If the valley was buzzing with tourists. In the second wave of corona virus, the tourism industry of Jammu and Kashmir has suffered a loss of Rs 1500 crore so far, out of which the houseboat owners alone have a loss of Rs 300 crore. Similarly, there is a danger of livelihood in front of about 3000 shikaras here. From shikaras to hoteliers, the rate has been dropped but this is also not a solution, because where are the tourists coming in the valley. The epidemic has also affected Mata Vaishno Devi Yatra. Where there used to be a crowd of thousands at the first stop of the journey, today there is silence. The entire economy here is linked to the devotees. So business is slow at the moment.

Silence during the crowd of devotees

These pictures are of Rudraprayag. The time when there is maximum crowd of devotees here. For now there is silence. All the hotels are vacant. Due to the suspension of Char Dham Yatra, about 4 thousand people associated with the tourism industry in Guptkashi, Sonprayag, Gaurikund and Kedarpuri have been directly affected. Kedarnath MLA Manoj Rawat said that if no relief package is given soon, the situation will get out of hand. This entire Char Dham Kshetra Yatra is dependent on it. There is disappointment due to non-stop travel for the second year. Now let us take you to Chandigarh. On normal days, thousands of people reach here daily. But everything is at a standstill in Corona and its direct loss is being caused to the hotel industry. Such hotel operators who have their own property, they are somehow taking out their expenses, but for the rest, this is a very difficult time.

The special thing in Chandigarh is that tourists come only when there is no season. Here are the offices of Himachal, Punjab, Haryana. But now there is a lot of loss. Arvinder Singh, owner of Hotel Metro in Sector 43, Chandigarh, says that earlier the room rent in his hotel used to be 3000. Now it has been reduced to one and a half thousand. But it is also not getting any benefit. Neither salary to the employee nor tax is being paid to the government. EMI has not gone since three months. There are 8 guys instead of 40. 3 lakh was sold in May instead of 30 lakh. Let us take you from Chandigarh to Lucknow. The hotel industry has been badly affected here during the Corona period. Locks are hanging in about 80 percent of hotels. After the end of the first lockdown, hotels booked rooms at half the price but that too did not work out. As the lockdown ended, the room charges went to normal. Then the virus spread. But after reducing the charges, the room had to be closed.

80 percent loss of hotel industry in UP

There are about 15,000 registered hotels in Uttar Pradesh, whose business is being told a loss of about 80 percent. The shutters of most travel agencies have also been closed. Hotels have to be closed because even if only 25 is allowed in the guidelines, the entire setup has to be kept running. Even if someone does a party, then Mughlai has to be stopped. At the same time, in Mumbai too, Corona has affected the hotel business to a great extent. In many hotels, the rent was reduced from two and a half thousand to one and a half thousand, but the loss is not being compensated. The problem is that the business will have to wait till then to fully set up. Until the situation becomes normal, because people are waiting for this to come out of their homes.

It is not necessary for children below 5 years to wear masks, know the complete details of DGHS guidelines

For the first time in 20 years, the number of child laborers increased, Kailash Satyarthi said – this is shameful, world leaders should take tough steps