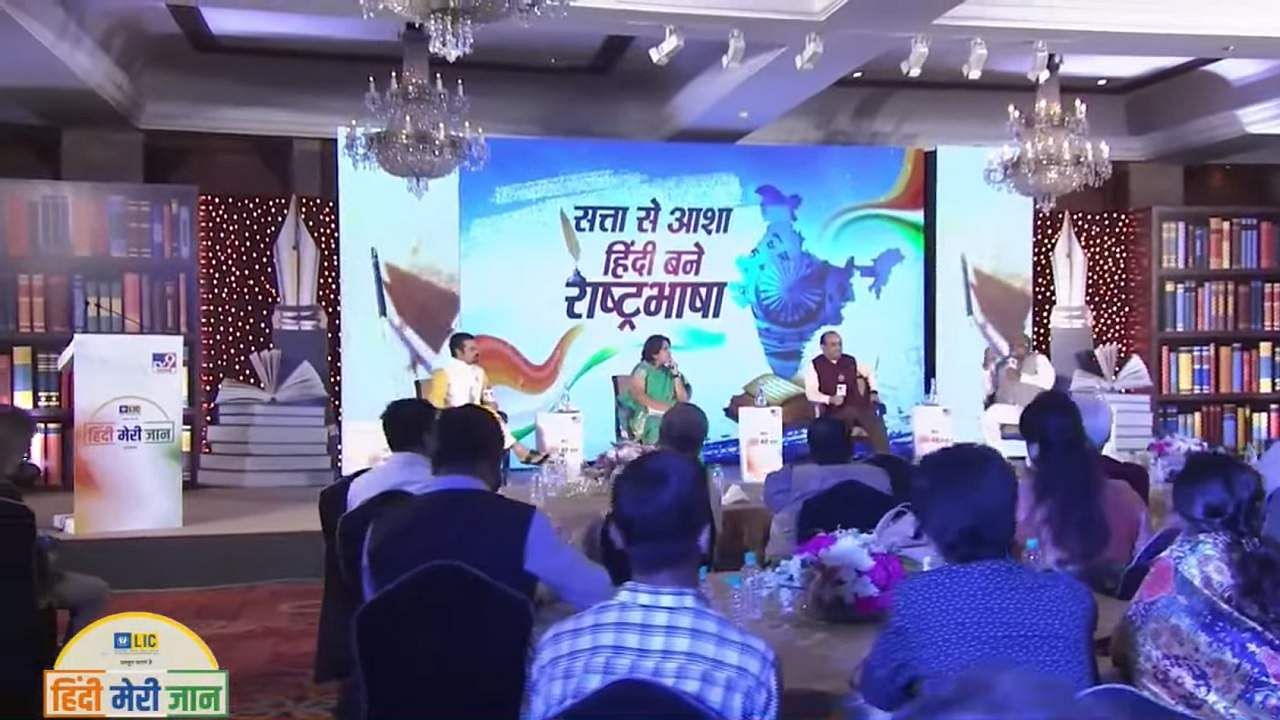 In a country where about 80 crore people speak Hindi, today in that country there is still a debate on whether Hindi should be declared as the national language or not. When Hindi was given the status of official language on September 14, 1949, why is it waiting so long to make it the national language? Regarding this question, there was an open conversation between the veterans on the stage of TV 9 Bharatvarsh.

‘What is the obstacle in Hindi becoming the national language’

Bharatiya Janata Party spokesperson Sudhanshu Trivedi while giving his opinion on this subject said, ‘Why did there be a problem in making Hindi the national language? Before knowing this, understand that the first book in Hindi was written by Swami Dayanand Saraswati as ‘Satyarth Prakash’, who was a Gujarati. Hindi should be made the national language, it was supported by Mahatma Gandhi, he was also Gujarati. Among those who supported was the name of KM Munshi, who was a Marathi. Lokmanya Tilak who was Marathi, Syama Prasad Mookerjee who was Bengali and N Gopalaswamy who was Iyengar Tamil. These people supported making Hindi the national language. The problem came from the Hindi speaking region. A conspiracy was hatched that if Hindi is made the national language, then other languages ​​will become weak, whereas socially there was no such thing.’

He said, ‘Bharat Ratna Atal Bihari Vajpayee was the first foreign minister of India, who went to the United Nations and gave a speech in Hindi. We tried and are still trying. Whenever Prime Minister Narendra Modi goes abroad, except in some places, he often speaks in Hindi only. The thing to understand is that Atal ji was still from Hindi speaking area, but Prime Minister Narendra Modi is from non-Hindi speaking area. Today India has become self-reliant, but in the matter of language also we have to be self-reliant, only then Hindi will progress.

Respect other languages ​​too – Supriya Shrinet

Congress spokesperson Supriya Shrinet said, ‘Hindi is hot, Hindi is sweet too. There is a lot of love in Hindi, reprimand in Hindi is also very tremendous. You cannot criticize Hindi in English. Hindi is our mother tongue. We love him. But other languages ​​are also someone’s mother tongue, we should respect them too.

A close friend of Rohit Sharma did wonders, eliminated Sri Lanka 3-0, was embarrassed at home