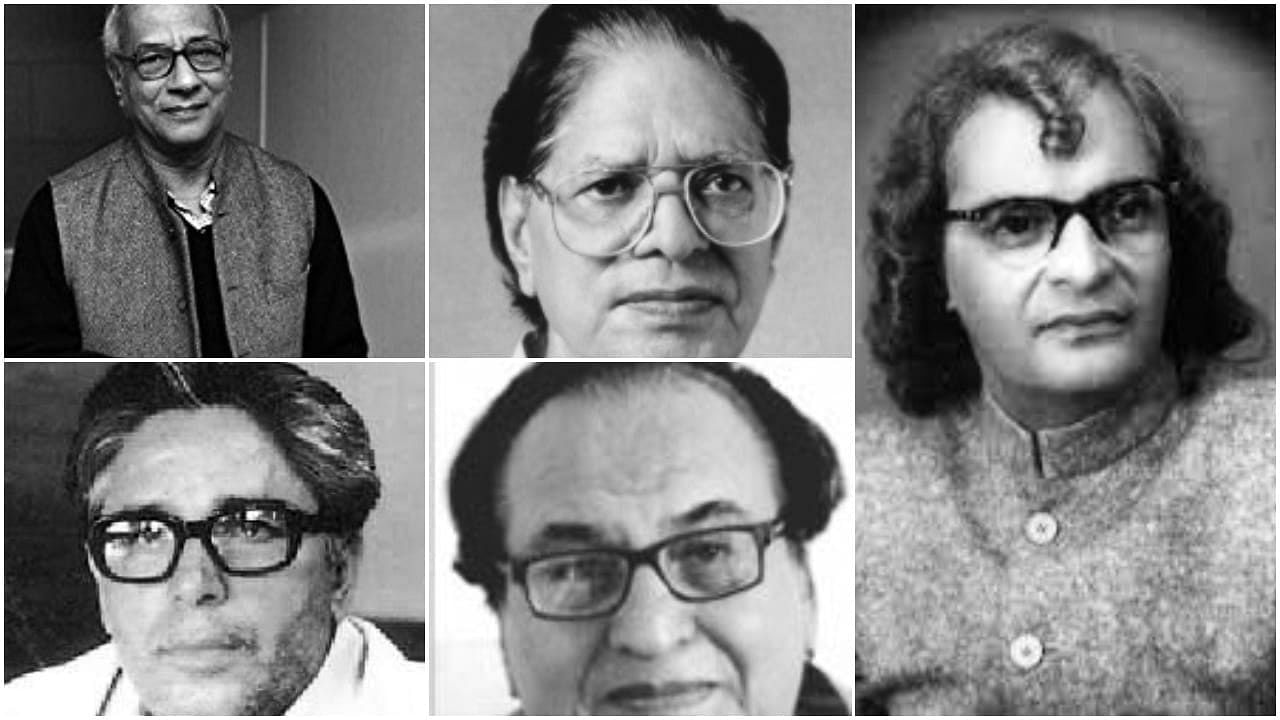 The small hill state of Uttarakhand has given many poets and writers honored with Padma Bhushan, Padma Shri, Sahitya Akademi Award to the country. Writers like Sumitra Nandan Pant and Mangalesh Dabral have given Hindi recognition not only at the country but also at the international level.

Hindi was declared the official language in the Constituent Assembly on 14 September 1949, two years after India got independence. After this, every year 14 September was celebrated as Hindi Diwas. Even before independence, many litterateurs of the country have made special contribution for the use and upliftment of Hindi language among the masses. In this, many litterateurs from the hill state of Uttarakhand have not only awakened the fame of Hindi, but have also made a different identity at the national-international level due to their distinctive literary work.

On May 20, 1900, the land of Kausani in Almora district, settled in the lap of nature, gave the country a shadowy, progressive, spiritualist poet in the form of Sumitranandan Pant. The great Hindi poet Pant, who was awarded the best Jnanpith award in Hindi language, had his early education in a school in Kausani village. After that he came to Varanasi and completed his further studies. Swarna Kiran, Swarnadhuli, Vani, Pallava, Yugant, Uchhwas, Granthi, Gunjan, Gramya, Kala and Budha Chand, Lokayatan, Chidambara, Satyakama have been the major works of Pant. Sumitranandan Pant was awarded the Padma Bhushan (1961) and the Jnanpith Award (1968). Sumitranandan received the Sahitya Akademi Award for his work Budha Chand, the Soviet Land Nehru Award for Lokayatan and the Bharatiya Jnanpith Award for Chidambara.

Sumitranandan ji has an interesting story related to Amitabh Bachchan, the megastar of Hindi cinema. Amitabh Bachchan was called his mother Teji Bachchan Munna. His father named him ‘Inquilab’. Once Sumitra Nandan Pant went to the house of the great poet Harivansh Rai Bachchan. Seeing Amitabh, he asked what is his name. Harivansh Rai Bachchan said ‘Inquilab’. Sumitra Nandan Pant has nothing to do with this name. He asked Bachchan to name the child ‘Amitabh’. Since then the name of mother’s ‘Munna’ and father’s ‘Inquilab’ became Amitabh. The whole world knows the latter story.

Mangalesh Dabral is a well-known name in Hindi literature. Mangesh was born in Kafal Pani village of Tehri district of Uttarakhand. He has famous poems like Lantern on the Mountain, What We See, The Author’s Bread, Once Iowa, The Voice Is Also a Place. Dabral was honored with the Sahitya Akademi Award, Shamsher Samman, Smriti Samman, Pahal Samman and Sahityakar Samman of Hindi Academy Delhi.

The leading Hindi story writer, novelist Himanshu Joshi was born on 4 May 1935 in Jyosuda village of Champawat district of Uttarakhand. While his literary work Kaggar Ki Aag (novel), which attacked the social hierarchy and caste system, brought world fame, he had succeeded in getting recognition in Hindi literary world. He wrote novels like ‘Kegar Ki Aag’, ‘Chhaya Mat Chhuna Mann’. In his major story collections, ‘Jalting Dane’, ‘Many Icon’ were very popular. The depiction of fantasy and reality can be clearly seen in his writings. He also did writing work for Hindi films. Doordarshan serial was made on his famous novel ‘Tumhare Liye’. Himanshu Joshi was honored with many big awards including Govind Vallabh Pant Award, Uttar Pradesh Hindi Sansthan Award and Ganesh Shankar Vidyarthi Award of Kendriya Hindi Sansthan.

Liladhar Jagudi edited the first magazine of the Department of Information

The name of Padmashree Leeladhar Jagudi comes first among the litterateurs of Uttarkashi district. The poems of Leeladhar Jagudi clear the experiences of the sad story of today’s life. He has written many poems, prose and plays in his literary career, the main of which is his collection of poems ‘Anubhav Ke Akash Mein Chand’. He has been honored by many awards besides Sahitya Akademi, Vyas Samman, and Padma Shri. Received 28th Vyas Samman 2018 by K.K.Birla Foundation for ‘Jitne Log Utne Prem’ (Poetry Collection-2013). Jagudi also edited the first magazine of Uttarakhand’s Information and Public Relations Department, Uttaranchal Darshan.

Shailesh Matiani was a famous novelist and story writer. He was born in Badechina village of Almora. Shailesh Matiani made a special contribution in the field of regional fiction. At the age of about 20 or 21, he started writing stories and poems. In 1984, he received the Phanishwar Renu Award. He received this award for his novel ‘Encounter’ written on the exploitation of the poor. Apart from this, Ram Manohar Lohia has also received the Highest Award and Sharda Award. His major novels are: Rays of the Rising Sun, After Rebirth, How Eternal Is the Sky, Encounter, Savitri, After the Snow Has Fallen, Sunset Kosi, etc.

Also read: Uttarakhand: Alkometer test made mandatory before going to Harki Paidi in Haridwar, devotees will be arrested for drinking alcohol

5 lakh rupees will be available for 1 coin! Do you have such coins with the map of India lying with you? learn what to do