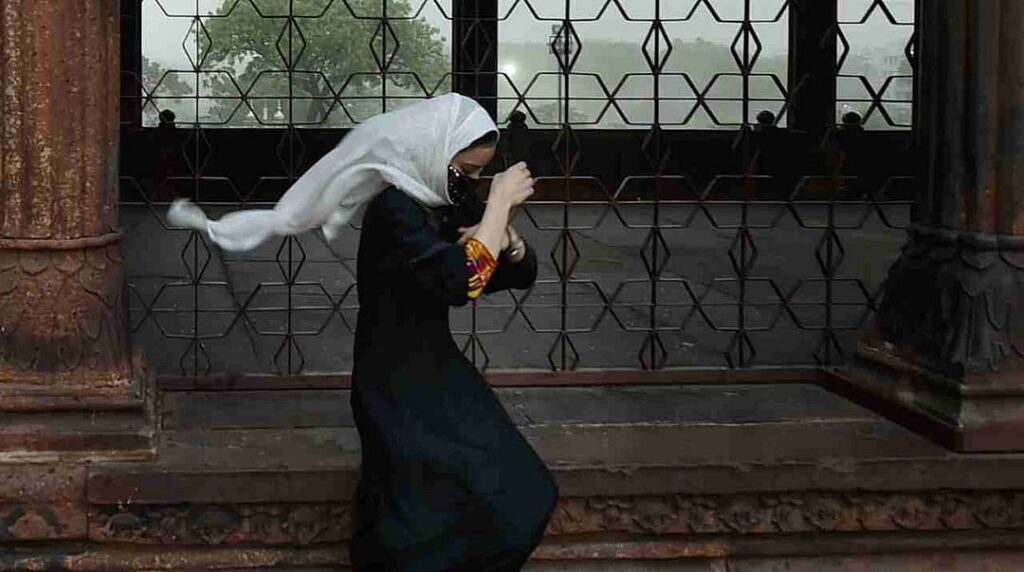 The petitioner has said that the right of girl students to wear hijab is a fundamental right given under Articles 14 and 25 of the Constitution and it is a necessary practice under Islam.

Karnataka (Karnataka) A student of a Government Women’s College located in Udupi district of Mangaluru city of Karnataka High Court (High Court) Hijab within the classroom by filing a writ petition in (hijab) Requested to be given the right to wear. Student Resham Farooq has filed this petition. Resham was represented by his brother Mubarak Farooq. The petitioner has said that the right of girl students to wear hijab is a fundamental right given under Articles 14 and 25 of the Constitution and it is a necessary practice under Islam. The petitioner requested that she and her other classmates be allowed to sit in the class wearing hijab without interference from the college administration.

It has been said in the petition that the college did not allow eight girl students following the religion of Islam. It said that since these girl students were wearing hijab, they were deprived of their fundamental right to education. Shatahabish Shivana, Arnav A Bagalwadi and Abhishek Janardan appeared in the court on behalf of the petitioner. The first hearing in this case is likely to be held by the end of this week.

Udupi MLA and President of College Development Committee K. Raghupati Bhat, after a meeting with the protesting girl students for the right to wear hijab, clearly said that under the decision of the education department, girl students will not be allowed to enter the class wearing ‘hijab’.

Bhat said that it is not possible to allow girl students to enter classes wearing hijab when only uniform is allowed in classes. The parents of the girls have also been informed about this decision. The girls said that they would take a decision only after talking to the male members of their family.

Bhat said that from Tuesday, girl students will not be allowed to create any kind of chaos in the college premises. Bhat said that this step has been taken after receiving complaints from the parents of some other girl students when the examination is nearing and if the girl students or their parents have any further complaints, they will place them before the Deputy Commissioner of the district.