Hijab Controversy: After the hijab controversy escalates, the Karnataka government may change its order, CM Bommai will hold a meeting with ministers today 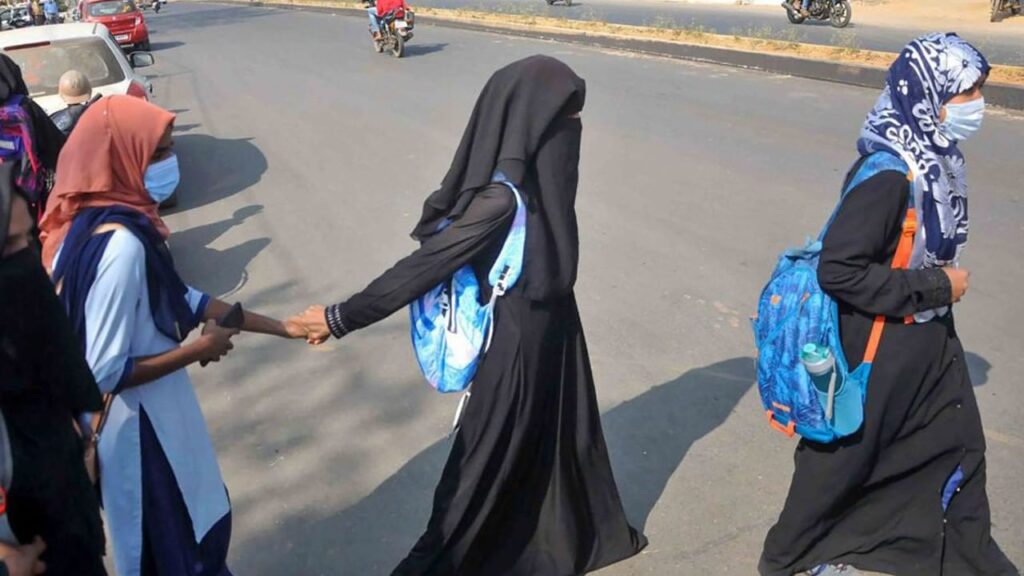 Karnataka Hijab Row: A delegation of Muslim Congress MLAs met Education Minister BC Nagesh on Thursday and demanded its withdrawal. Bommai had said yesterday that the uniform rule does not apply to degree colleges.

Karnataka (Karnataka) in the BJP government (BJP government) is considering a move to revise its order issued on February 5, which suggested that the hijab in government pre-university colleges (Hijab) Restrictions on the right to freedom of religion will not be infringed. Sources said amendments to the order issued by the state education department are being considered, but it may not be possible immediately as it has been challenged in the Karnataka High Court. The High Court had last week issued an interim order pending the pendency of petitions filed regarding the hijab controversy and prohibited students from carrying saffron gamchas, hijabs or any kind of religious mark in the classroom.

According to the Indian Express report, sources said that a meeting of the state cabinet under the chairmanship of Chief Minister Basavaraj Bommai is to be held on Friday and a decision can be taken on the hijab issue before the resumption of hearing in the case in the High Court. The BJP government is under pressure to withdraw its own order of February 5, which legalized the ban on hijab in pre-university colleges on the grounds that freedom of religion is subject to public order and wearing the hijab disrupts public order.

A delegation of Muslim Congress MLAs met Education Minister BC Nagesh on Thursday and demanded its withdrawal. Bommai had yesterday said that the Uniform Rule does not apply to degree colleges and Higher Education Minister Ashwathnarayan has said that it does not apply to degree colleges. Despite this, the police have stopped the students from entering the campus.

Congress working president in Karnataka, Salim Ahmed said, “We said that if this continues, we will have to protest in a big way. We also informed the minister that the High Court order is being implemented wrongly by many officials in the state. The situation which was there before February 5 should be continued and where Muslim girls are allowed to attend schools and colleges, they should be allowed to do so.

We will try to solve the problems of all the students: Minister Nagesh

Remembering former Prime Minister Atal Bihari Vajpayee, Minister Nagesh said, ‘We will try to solve the problems of all the students. We do not want a single student to be deprived of education. Atalji talked about education for all and (Prime Minister Narendra) Modi’s wish is that all girls should be educated. The problem will be completely resolved in a day or two. According to a legislator, the minister has indicated that “a revised uniform policy is needed”. The government will wait for the order of the High Court. Sources said that the minister has asked the MLAs to talk to the parents of Muslim girls and try to persuade them to send them to schools and colleges.