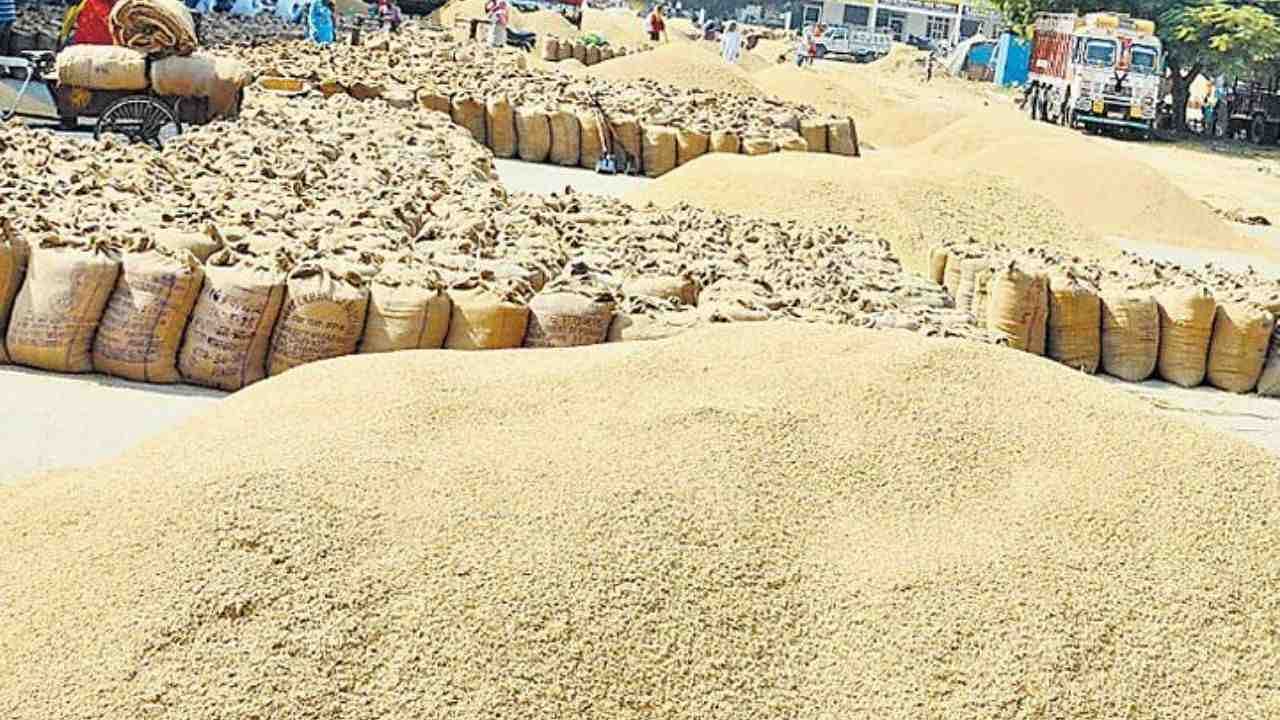 The high moisture content in paddy produce arriving at procurement centers across Punjab has become a matter of concern for farmers and arhtiyas (commission agents) this Kharif Marketing Season (KMS). Officials said that the moisture content in cereals is being recorded at 18-20 per cent against the permissible limit of 17 per cent.

In Amloh sub-division of Fatehgarh Sahib district, the state’s Food and Civil Supplies department barred 13 commission agents from the procurement process, as they had allowed the purchase of paddy with moisture above the permissible limit, Hindustan Times reported. The Agriculture Department said that the harvesting of raw crops is the main reason behind the high moisture in the grain.

For the first time, the level of humidity became such a big problem

Contrary to the statement of the Agriculture Department, farmers blamed bad weather and late sowing of paddy for the problem. Harjeet Singh, general secretary of Punjab Arhatiya Association, said that the procurement agencies are harassing both the farmers and the commission agents on the pretext of moisture content.

Singh said that the farmers who have brought high moisture paddy are not being allowed to dry their produce in the grain markets. Further, if the commission agents are found unloading such produce in the market then the department and procurement agencies take recourse to stern action. He claimed that this is the first time that the humidity level has become such a big problem for every stakeholder.

Manjit Singh of Bhartiya Kisan Sangh (Ugrahan) said that due to sudden drop in temperature in morning and evening, it is really difficult for farmers to reduce the moisture level in grains. A major part of the production is yet to reach the grain markets as now the harvesting has started gaining momentum. The problem of humidity level will increase manifold in the coming days. The central government and procurement agencies should increase the permissible limit of moisture content.

Troubled by this attitude of the buying agencies, they want to sell their produce in any case. Carrying the produce brought to the market is another challenge for them. This is the reason why they are selling paddy at a rate less than the minimum support price. This directly harms the farmers. Jaswinder Pal Singh Grewal, Chief Agriculture Officer, Patiala said that we are asking the farmers not to harvest the crop until the paddy is mature enough.

The new norms set for paddy procurement are troubling the farmers as well as the rice millers. Recently, the central government had issued new quality parameters for the purchase of paddy. Under this strict quality control measures have been taken for the mill owners. The percentage of broken grains has been reduced to 20 percent from the earlier 25. Apart from this, the moisture content in rice accepted from millers has also been reduced from 15 per cent to 14 per cent. The damaged grain percentage has been reduced from 3 to 2.

Earlier, up to 3 percent red grain in paddy was purchased. But this time even a small part is found, it will not be bought. At the same time, the permissible limit of organic and inorganic substances has been reduced from 2 to 1 percent. Also, the percentage of colourless, sprouted and damaged grains has been reduced from 5 to 3.

Also read- Alert for farmers: Chance of rain in these states including Uttar Pradesh, IMD told weather updates across the country