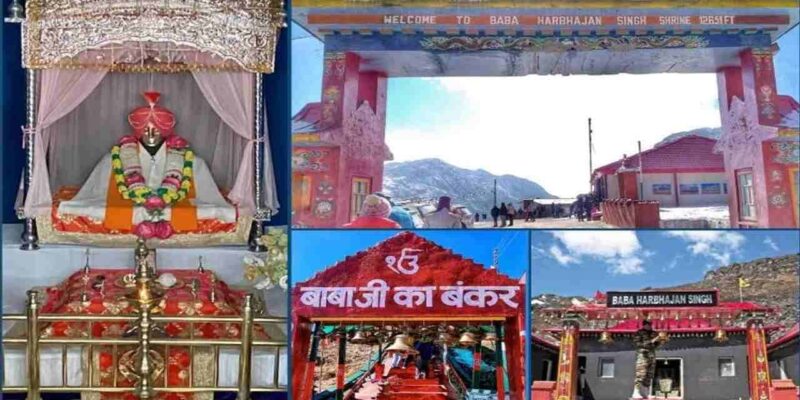 Despite having countless popular temples and religious places in the country, Baba Harbhajan Temple situated on the Nathula Pass of Sikkim is unique in itself. Soldiers have unwavering faith in this temple. The temple of Baba Harbhajan Singh is situated at a distance of about 50 km from Gangtok, the capital of Sikkim, 9 km downstream from Nathula Pass.

This temple is dedicated to Baba Harbhajan Singh, the inspiration of Indian soldier. This unique site built by the Indian Army is famous as a symbol of Baba Harbhajan’s unwavering patriotism towards India.

These stories are famous about Baba Harbhajan Singh

It has been more than 50 years since Baba Harbhajan Singh was martyred. There are many beliefs related to Baba. Local people believe that Baba Harbhajan Singh is posted posthumously on the Indo-China border. Even today, he is protecting the country while discharging the duties of being a brave son of Mother Bharati. The people of Sikkim believe that Baba Harbhajan keeps an eye on the activities of China even today and whenever China tries to infiltrate, he comes in the dreams of an Indian soldier and gives information about this.

This temple is a special stop for tourists coming to Nathula Pass in Sikkim. Even today Baba Harbhajan is served in this temple as a brave Indian soldier. The story of Baba’s valor is not only on the tongue of Indian soldiers, but Chinese soldiers also tell the story related to him.

Who was Baba Harbhajan Singh?

Experts say that Baba died in 1968 after falling into the river due to slipping while taking a convoy of mules towards Nathula Pass. His body was washed away for 2 km in the strong current of the river. Due to this, his body was found after 2 days of extensive research. Baba Harbhajan posthumously appeared in the dream of a young man and expressed his desire to establish his samadhi. Honoring the valor and valor of Baba Harbhajan Singh, a mausoleum was built around 1982 at Nathula Pass, which people now know as Baba Harbhajan Singh Mandir.

Know these things before you go

You need a permit because Baba Harbhajan Singh temple is in a protected area. To get a permit, you need to provide two passport photos and ID proof. A visit to the temple is included in the visit to Tsomgo Lake and Nathula Pass.

Permit pass for temple visit is applicable a day before. It takes 3 hours to reach Baba Mandir from Gangtok, the capital of Sikkim.

Due to the high location of Baba Harbhajan Temple, it is advised to the travelers and tourists coming and going that here you can feel the lack of oxygen, so it is necessary to consult the doctors before coming.

Also read- What if a person stops eating sweets for 30 days? This information is very important