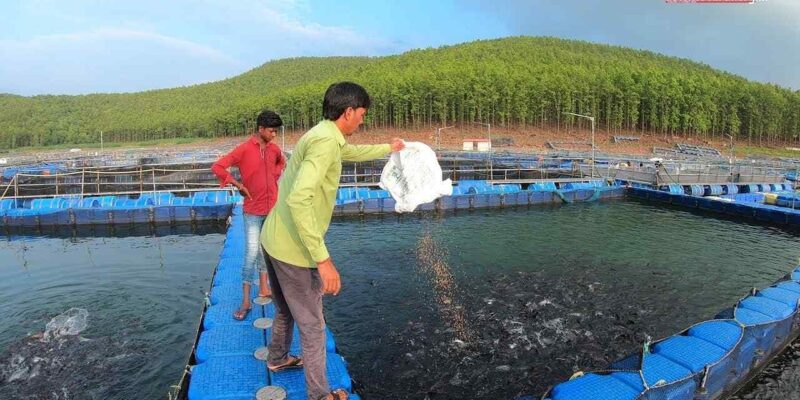 Various schemes are being run to promote fish farming in Jharkhand. Apart from the Prime Minister’s Matsya Sampada, the benefits of the state government’s schemes are being given to the farmers. Under this, four or six seater motorized boats will soon be made available to the fishermen of Dumka at 90 percent subsidy. For this, committees have been selected. This decision was taken in the meeting of the Beneficiary Selection Committee held under the chairmanship of Dumka Deputy Commissioner Ravi Shankar Shukla under the pond and reservoir fisheries development and restoration scheme. has been taken. Beneficiary reservoir level committee constituted was also selected in the meeting.

The boat was being demanded for the safety of the fish farmers.

It is worth mentioning that in view of the safety of the fishermen in the reservoir, there was a demand for boats continuously. In the event of a special disaster, a motorized boat is required. Therefore, keeping in view the demand of motorized boat in the meeting, approval was given to provide motorized boats of four to six seater capacity to the reservoir fisheries cooperation committees. Under this, Dumka district has set a target of one and two motorized boats under the financial year 2020-21 and 2021-22 respectively for motorized boat. According to the parameters set by the Directorate of Fisheries, 90 percent government assistance will be given to the beneficiaries in the form of financial grant. The remaining 10 percent amount will be borne by the selected beneficiary committees.

boat will be available on 90 percent grant

Selection of these fisheries committees

Apart from this, discussions were held on KCC approval to fish farmers and formation of Fish Farmers Producer Organization in the meeting. In the meeting, it was considered to remove the troubles and hurdles being faced by the fishermen in KCC loan approval. The bank official told the fish farmers that the bank would help in all possible ways so that there should not be any problem in the approval of KCC. Said that Blue Revolution would be promoted in Dumka district.

Read also: Moisture becomes villain: Not getting full benefit of MSP, farmers are forced to sell paddy at Rs 400 less than support price

You can earn bumper from teak cultivation, do you know how to plant it