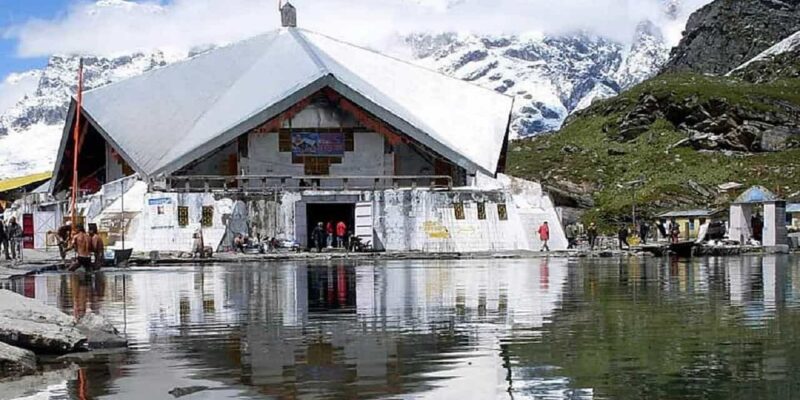 The doors of Hemkund Sahib Gurdwara, located in Chamoli, Uttarakhand, are going to be closed today. The doors will be closed for the winter at 1.30 pm. All the preparations have also been completed. Many devotees have reached Ghangaria to take part in the last Ardas to be held on this occasion.

The process of closing the doors has started from 9 am with Sabad-Kirtan. This program will run till 12 noon. With this, the last Ardas of this year will be held at 12.30 in the afternoon and after this, at one o’clock in the afternoon, the Guru Granth Sahib will be taken. The Guru Granth Sahib will be taken from Darbar Sahib to the sanctum sanctorum of Sachkhand Sahib, led by the Panj Pyaras, to the tune of a special band from Punjab. After this, the doors of the Dham will be closed at exactly one and a half o’clock.

Hukumnama will be taken of Guru Granth Sahib

At the same time, after this program at 12.30, the last Ardas of this year will be held. Which will be taken at 1 o’clock in the afternoon of the Holy Guru Granth Sahib and with this the doors of Hemkund Sahib will be closed for winter at 1.30 pm. More than 2200 devotees had reached Govind Ghat and Ghangaria on Saturday itself for the closure of Hemkund Sahib. Those who reached Hemkund Sahib on Sunday morning and are participating in the last Ardas of this year.

The Yatra of Hemkund Sahib started from 18th September this year due to Corona epidemic. Despite that, more than 10 thousand devotees had reached here for darshan. At the same time, Chief Manager of Hemkund Sahib Management Trust, Sardar Sewa Singh said that in view of the severe cold and adverse weather, the trust has decided to close the doors on October 10. It is being told that during the closure of the doors, the head of the trust, Sardar Janak Singh, General Secretary Sardar Ravinder Singh, officers and soldiers of the Army’s engineering company will also be present.

Kolkata Durga Puja: Corona vaccine will not be administered during Durga Puja in Kolkata, vaccination will be closed for 4 days