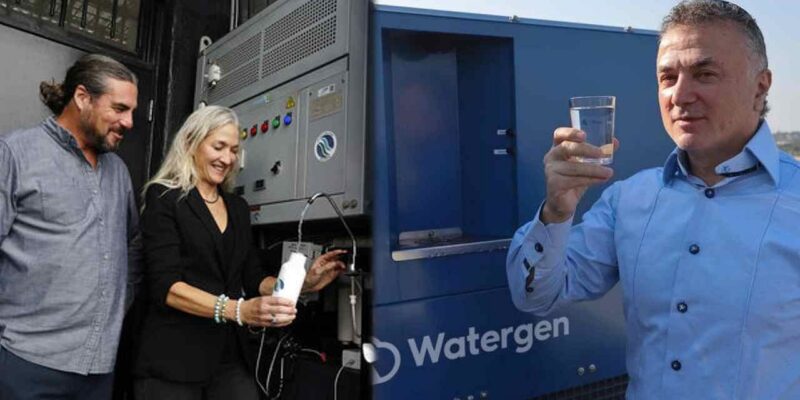 Air to Water Converter Machine: You must have seen the water droplets accumulated outside the cold bottles of cold drinks. After wiping the bottle with a cloth, again the droplets get deposited on its outer layer. Where do these droplets of water come from? They come from the outer atmosphere. by air.

On this principle, scientists in countries like America, Spain, Israel have designed machines to make water from air. These machines cool the air using wires like an AC ie air conditioner and then collect the water droplets in a vessel. This is not magic, but the science of converting the moisture present in the air into water.

Ted Baumann, a design engineer at Tsunami Products, a Washington-based company, told Deutsche Welle, “We are actually making water from the humidity in the air with the help of these machines. It is one of the many systems that have been developed recently to extract water from the moisture present in the air.” He tells that the machines of his company, they remove the humidity from the air. The water that comes out of this can be filtered and made potable.

According to the report, the machines that make water from air can be used in many places including home, office. Especially these machines work better in those areas where there is fog. Depending on their size, these machines can make from 900 to 8,600 liters of water in a day.

These machines are not cheap and are available in the range of Rs 30,000 to 2,00,000 (Rs 22,43,796 to Rs 1,49,58,640). However, many people in California are buying machines to meet their water needs in their homes. Let us tell you that California is currently going through the worst drought situation in its history. There people have been appealed to conserve water.

It is economical to operate machines with solar panels

The machine installed by Don Johnson, a resident of Benicia, California, is enough to meet the needs of his garden and home. “The cost of water bottles through this machine is much less than the cost,” he says. One important thing is that these machines also require a lot of energy to run. However, by installing solar panels, this cost also becomes zero.

Helen Dalke, an expert and hydrology researcher at the University of California, says that this technique is very suitable for home use, especially for rural areas. However, this is not a complete solution to California’s water crisis. She advises to be careful about the danger of drought in the future.

Numerology Lucky Stone: Know your lucky stone by numbers, your luck will shine as soon as you wear it