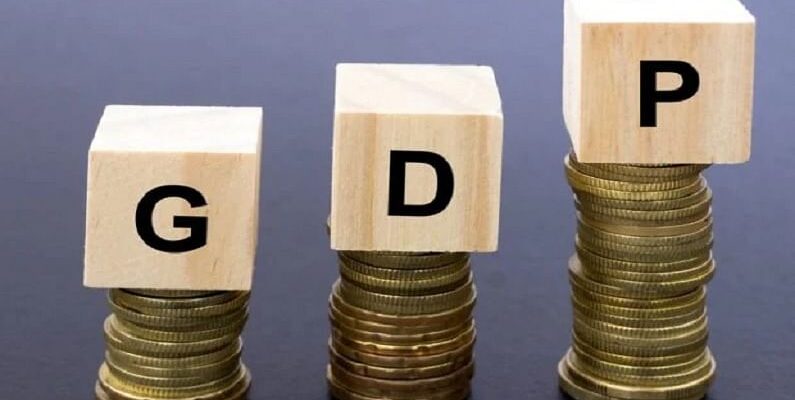 India will have the fastest economy growth in the world

Despite all its internal problems, the Indian economy remains the fastest growing economy in the world. The International Monetary Fund (IMF) has once again given a Dussehra gift to India’s Finance Minister Nirmala Sitharaman, expressing its trust in the Indian economy. IMF says that the growth rate of the Indian economy during the current financial year is going to remain unchanged at 9.5 percent. This growth is a big thing for India in this sense because this year the average growth rate of the world’s economy is going to be 5.9%. Even more important for Indians is that the growth rate of India’s special rival China is going to be below 6 percent and India is projected to grow the fastest in the whole world. Although this is only an estimate, but not only the IMF, other credible agencies of the world have also made almost the same assessment. K

The question is that when the country is trying to deal with the basic problems like inflation, unemployment, how is this possible. Along with this, the way our growth rate was slit last year, the way China was the only country in the world whose growth rate was positive, this boom of India is encouraging. It is noteworthy that last year only China’s economy registered a growth rate of 2.3 percent worldwide. There was a contraction of 7.3 percent in India’s economy. But this estimate of the IMF becomes important because even in the estimates of the next two years, India’s economy is seeing very fast progress. This means that the increase in the growth rate this year is different from the results of last year’s decline. Let us see what are the reasons which are indicating the boom of India’s economy to all the rating agencies of the world.

Ever since the corona virus has weakened around the world, markets all over the world have started reopening. Along with this, the demand of the people has also started increasing. This is the reason why countries like India are taking advantage of this opportunity to export rapidly. According to the newly released data of the Ministry of Commerce and Industry, in the month of July 2021, the country has exported at a record level of the last 9 years. This time in the month of July, the country has exported commercial goods worth $ 35.17 billion. This time in July, the export of non-petroleum items was $ 29.57 billion, which was 34.39 percent higher than last year. On the other hand, if you compare it with July 2019, then it is 30 percent more.

2- Production is also increasing in this quarter

The reason for the confidence of foreign rating agencies on India’s economy is also the increase in industrial growth continuously for the last few months. Industrial production grew at a faster rate of 11.9 per cent in August. This increase is about 3.9 percent more than the level before COVID-19. However, the increase in double digits is a good sign. In August this year, the production of eight core sectors has increased by 11.6 percent as compared to last year. Among the eight core sectors, coal, crude oil, natural gas, refinery products, fertilisers, steel, cement and electricity account for 40.27 per cent of the Index of Industrial Production (IIP). Data show that in August, coal and natural gas production increased by 20.6 percent, refinery production by 9.1 percent, steel production by 5.1 percent, cement production by 36.3 percent and electricity production by 15.3 percent compared to last year. There is tremendous improvement in the service sector of the country.

India is growing rapidly in foreign investment. Due to the policies of the Jinping government, where foreign companies are tying their sack beds from China. At the same time, these companies are showing more interest in the Indian market. Recently, a report by international consulting firm Deloitte was released in which it was said that US and UK companies consider India’s market better than Singapore and Japan.

4- Due to the dominance of government companies in China, its performance deteriorated

There are strict rules of the Chinese government behind the decline of China’s ranking, but along with it the dominance of government-owned companies in China is also a big reason for this. According to a report published in Business Standard, CLSA data says that among many industries, China’s largest companies are SOEs which are called Chinese government-owned companies. Think of it like this that out of 124 companies included in the Fortune Global 500, 91 companies are government owned. In a time frame of one to two years, China’s top state-owned companies have registered an increase of 11 to 18 percent. On the other hand, if we look at the private sector companies, they have registered a growth of 42 to 233 percent. In addition, among the top 50 companies, the market capitalization gap between SOEs and non-SOEs is between 45 and 55 percent.

If we talk about India, then government companies contribute 10% in the market capitalization here. Whereas private companies contribute 90 percent. At present, India is the only market among the 4 largest EM markets where funds have taken an overt stance. Experts who understand the market trend believe that the performance of India’s 20 to 30 biggest, mostly private sector companies, has given a lot of strength to the domestic market. Not only this, Sourab Mukherjee, Founder and Chief Investment Officer, Marshall Investment Managers, while talking to the media, says that at present, about 15 to 20 companies contribute a great deal to 90 percent of India’s profit growth and these companies are continuously growing at the rate of 20 percent. Carrying profit.

Not only for the country’s economy, but also for the people of the country, the data of retail inflation for the month of September by the National Statistical Office (NSO) is showing that in the next few days, the burden on the pockets of the people can be reduced. Economic experts believe that the biggest reason for the reduction in retail inflation is the fall in the prices of food items. Retail inflation has come down to 4.35 per cent this month, from 5.3 per cent in August last month. In September 2021, the inflation rate has come down by about one percent, which is a relief news for the common people. The significant fall in retail inflation in September 2021 was due to fall in prices of food items like eggs, meat and fish, fruits and vegetables.

The decline is more notable than the level of September 2020, when retail inflation as per the Consumer Price Index (CPI) rose to 7.27 per cent, while food inflation rose to 10.68 per cent from the 10 per cent mark. This was the third consecutive month that CPI-based inflation remained below 6 per cent. It was 5.59 per cent in July 2021 and 5.30 per cent in August 2021.