Has BJP now called Cast No Bar as Tata, whose number is next in appeasing castes? 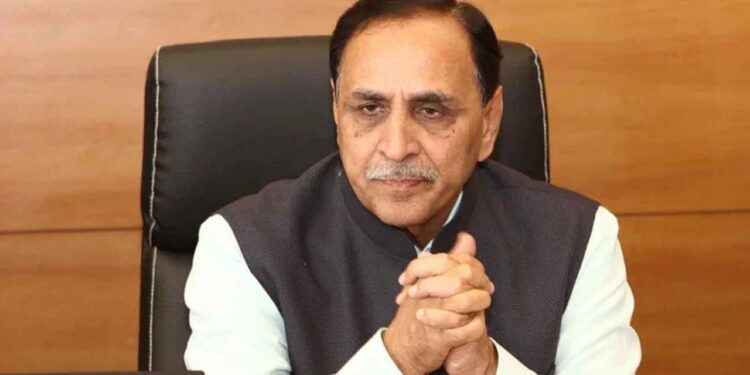 The initial strategy of the BJP was to break the caste barrier and do a new experiment in the politics of the country. This experiment of BJP did not succeed to the extent that the party had imagined. Perhaps that is why the BJP is returning to the old style of politics by removing Vijay Rupani from Gujarat.

Vijay Rupani’s removal from the post of Gujarat CM shows that BJP is now again returning to the old style of politics.

What is the intention of the BJP behind replacing Vijay Rupani and making Bhupendra Patel the CM in Gujarat, it is no longer hidden from anyone. Everyone knows that this was done to please the Patidar community. In fact, the Patidar community of Gujarat has been aware from the beginning in the state and they have been present in every party. It was difficult for BJP to stay in power for long by keeping him on the sidelines. So should it be assumed that the use of cast no bar by BJP in Haryana, Gujarat and Maharashtra is now going to be abandoned? In these states, the party had played bets on any other caste by not making the most influential caste the chief minister there. But the way in which Bhupendra Patel has been given the crown of CM after removing Vijay Rupani in Gujarat, it seems that BJP is going to make changes at the level of government and organization in other states.

The party is fully understanding that the coming assembly elections or the next Lok Sabha elections are going to be a close fight. Even a margin of 2 to 3% votes can spoil the game of BJP. Therefore, the party can take tough decisions to please its traditional voters or the angry few dominant castes. So is the party going to take some more tough decisions at the government and organization level in Haryana-Uttar Pradesh and Maharashtra?

The strategy of breaking the cast barrier did not work

Despite the Jat reservation movement in Haryana, the Maratha movement in Maharashtra and the Patidar quota agitation in Gujarat reaching its peak, the BJP handed over leadership to other castes by neglecting these sovereign castes. Manoharlal Khattar, a Punjabi in Haryana, Devendra Fadnavis, a Brahmin in Maharashtra, and Vijay Rupani, who comes from the Jain community in Gujarat, were made chief ministers. It is very difficult to understand what was the intention of BJP in this. Political analysts believe that the BJP in Haryana was preparing for a long rule in the state on the basis of anti-Jat votes. It may be that Gujarat is thinking the same in Maharashtra too, but this bet may have turned upside down now.

In an interview to The Indian Express in April, Home Minister Amit Shah admitted that his plan to break the caste barrier by not giving command to the main sovereign castes of the state had caused some problems, but we will stick to our stand. But after the removal of Vijay Rupani from Gujarat, now it seems that BJP is not going to stick to its stand.

Will Jats also be made happy in Haryana?

In the 2014 general elections, the effect of public support received by the BJP in the whole country was also visible in Haryana and the party was able to win 48 seats out of the total 90 seats and got an absolute majority. The vote percentage of BJP was also the highest. More than 33.4 percent votes were polled in BJP’s account, while 20.6 percent came in Congress’s account. The BSP also managed to get 4.4 percent of the vote. Haryana Janhit Congress got 3.6 percent votes. The Indian National Lok Dal was liked by the people by taking 19 seats at number two after BJP. Congress could get only 15 seats.

But by the time of 2019, the brightness of the Manohar Lal Khattar government in Haryana faded in front of the people. BJP came down from 48 seats to 40 and Congress got 31 seats. JJP got the power to bargain. Later, the BJP had to form the government by forming an alliance with the JJP despite not wanting it. In fact, there were many reasons behind this unpopularity of the BJP, but the one reason that emerged the most was the displeasure of the Jats with the BJP.

The spark of the Jat reservation movement in Haryana weighed heavily on the BJP in the elections. A very big reason behind this was that the BJP neglected the Jats both in power and in the organisation. Number one and number 2 Punjabi remained in the government. Although at present Haryana BJP has got the state president in the form of Omprakash Dhankhar, but perhaps the Jats are not the only believers. Considering the growing influence of the farmers’ movement and the failure of the Manohar Lal Khattar government on many other fronts, it is possible that soon a Jat may be given the leadership of the state.

To appease the Maratha community in Maharashtra too.

Like the Patidar community in Gujarat and the Jats in Haryana, Maharashtra is dominated by Maratha power. According to an estimate, about 33% of the votes are from the Maratha community. Maharashtra has had 18 chief ministers since 1960, out of which 10 Maratha chief ministers have been elected. The strength of this community can be gauged from the fact that 50% of the educational institutions in the state, 70% of district cooperative banks and 90% of sugar factories are in the hands of Maratha people. In the last assembly elections of the state, Maratha MLAs were holding 288 seats out of 366 seats. At the same time, people of this community held 46% of the total seats in the Legislative Council. The question arises that how can any party alienate such a sovereign caste.

The politics of the state is constantly heating up regarding Maratha reservation. All political parties are engaged in wooing the Maratha community on this pretext. If BJP wants their support in the next elections, then Devendra Fadnavis will have to be replaced by a Maratha leader.

What can happen to Brahmins in UP?

Brahmin voters have played a big role in the unprecedented support the BJP got in the 2014 Lok Sabha elections and 2017 assembly elections in UP. Just as there is a Patidar community in Gujarat, similarly there is a Brahmin community in UP. The Brahmin community dominates the state in government jobs, courts, media, schools and colleges. Along with this, due to the population of about 10% in the state, there are MLAs of this community in all political parties.

Actually UP CM Yogi Adityanath comes from Thakur community. The politics of Thakur versus Brahmin has been going on for supremacy in UP politics. That is why in the Congress and BJP till now the balance of both the castes has been made in the government and the organization. It is for the first time that there is no Brahmin in both the government and the organization in the BJP. The Brahmins who have got a place in the cabinet at the center or in the state are also not among the strong leaders of this community. At present, the dream of change of leadership of BJP in UP has not been fulfilled. So can a Brahmin get a role in the organization?

From SIM card to tower installation, the rules will change, the government’s biggest decision for telecom companies