Haryana farmers will get 85 percent subsidy for this work, application will be made here 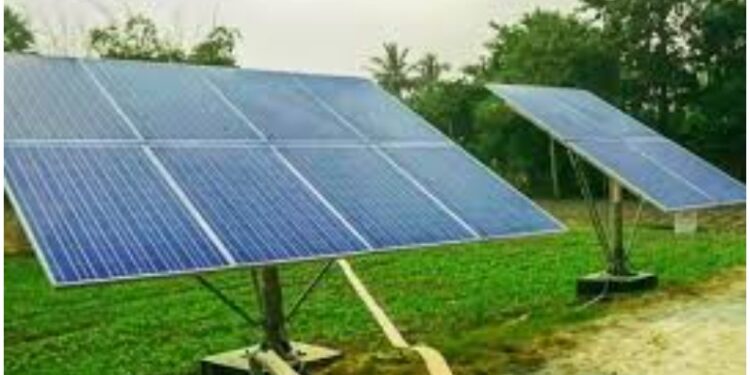 The farmers of Haryana will get the fard of their land online on this website. Documentary will be made on successful farmers.

Subsidy will be available for solar panels on water tanks.

Haryana Agriculture Minister JP Dalal has said that Har Khet Pani Yojana has been prepared for South Haryana. Under this, if a farmer gets a water tank constructed in about two kanals of land, then he will get a subsidy of 70 to 85 percent. This plan is ongoing. Farmers can apply online for this by visiting the Micro Irrigation and Command Area Development Authority (Micada) Haryana portal. In this, the farmer can be alone and can also build his tank collectively.

Wheat-rice cultivation is not increasing income

The Agriculture Minister said that the farmer has been cultivating wheat and rice continuously for many years. Due to this the fertility of agriculture is reduced and their income also does not increase. In such a situation, to increase the income of farmers and save water, the government has started a scheme like crop diversification. So that farmers move towards profitable farming instead of traditional farming.

Documentary will be made on successful farmers

In Haryana, Additional Chief Secretary, Revenue and Disaster Management Department, Sanjeev Kaushal informed that farmers can also get their land’s fard online by visiting jamabandi.nic.in. He said that a documentary would be prepared on the success story of successful progressive farmers. A booklet will also be published on them.

Kaushal instructed the progressive farmers to visit the packing centers prepared in Ambala, Kurukshetra and other districts. During this, the farmers demanded that the purchase centers of Vita should be set up in some villages. On this, the Additional Chief Secretary directed to prepare a list of many other villages including Bahadurpur, Kurali, Shyampur, Chandpur. Told that the capacity of Vita Milk Plant at Ballabhgarh is also being increased 3 times.

read this also: Farm Income: Why are UP-Bihar farmers poorer than Punjab-Haryana?