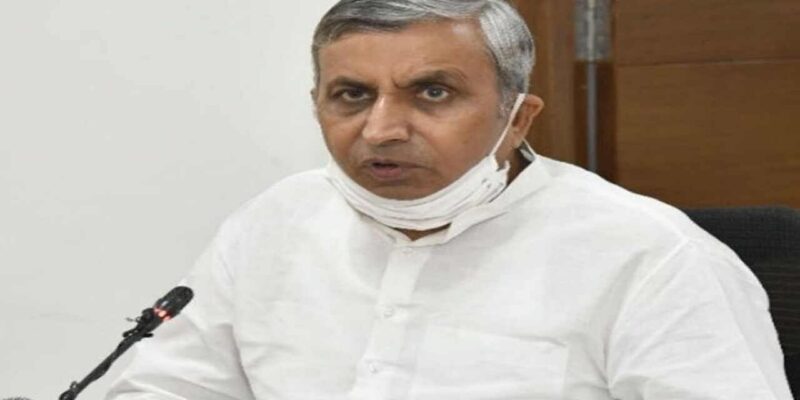 Farmers clashed with the police in Bhiwani on Thursday over the protest of Haryana Agriculture and Animal Husbandry Minister Jaiprakash Dalal (Police-Farmers Clash). During this, more than 50 farmers were taken into custody. After which many farmers blocked the Hisar-Chadigarh highway.

Dalal had reached the famous Pahari Mata temple of Bhiwani on the first Navratri for worship. A large number of police personnel were deployed for security arrangements. Meanwhile, on the information of the minister’s arrival, hundreds of farmers gathered in village Kharkari and left for the hill to protest, but heavy police force stopped them at Nakipur Mod village Manfra on State Highway Loharu Siwani.

Slogans started sitting on dharna on the highway itself

“Minister does not leave any chance to make farmers furious”

The protesting farmers told that the nearby farmers had received information about the arrival of the state’s Agriculture Minister JP Dalal in a program organized in Bhiwani and after that the farmers left to protest against them. He said that at the behest of the government, the police took the farmers into custody midway. The farmers said that they are conducting their agitation and demonstration in a peaceful manner but the ministers of the government are leaving no chance to agitate them.

Also read: Haryana: After Lakhimpur Kheri, now there is a ruckus in Ambala too! BJP MP accused of handing over a car to the protesting farmers

Case registered in case of molestation of UK woman diplomat, Chandigarh Police is searching for accused in CCTV

Karnataka: After Belagavi, now a 5-storey building collapsed in Bengaluru, a few days ago people gave information about bowing