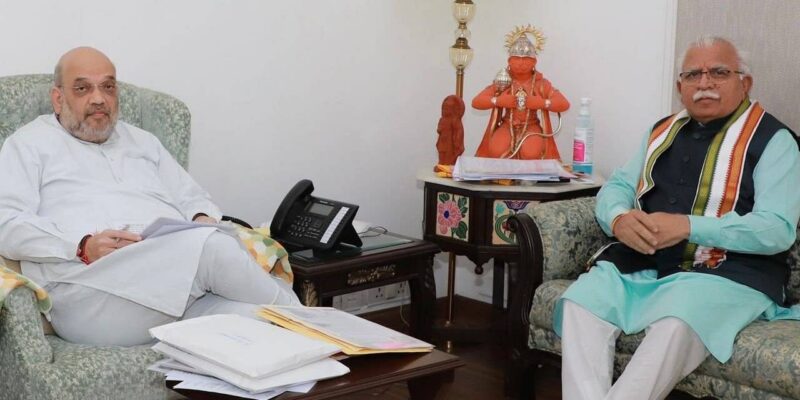 The Chief Minister of Haryana, Manohar Lal Khattar, for the opening of long blocked National Highways in Haryana as a result of protests by farmers’ organizations.Manohar Lal KhattarUnion Home Minister Amit Shah (Amit Shah) met. It is noteworthy that as a result of the protest by various farmers’ organizations against the three agricultural laws, the National Highways have been blocked on the Singhu border and Tikri border in Haryana with Delhi for a long time. Due to the blockade of the National Highway, there is a problem for the general public especially the people of industrial area and rural areas near Singhu border and Tikri border. Nearby people are also continuously demanding to open the blocked highways.

Haryana government will present its side in Supreme Court

After meeting the Union Home Minister, CM Manohar Lal while talking to the media said that the talks are on and on October 20, the Haryana government will present its side in the Supreme Court. Farmer leaders have also been made a party. Before this, if any agreement is made with the farmers’ organizations, then it is correct. After that the highways will be opened as per the order of the Supreme Court. There is always an appeal to the farmers to maintain peace during their protests and agitations and the Union Home Minister has also expected the same.

Memorandum was submitted to CM

It is noteworthy that various farmers representatives of Sonepat district, under the leadership of Bharatiya Kisan Sangh, gave a memorandum to CM Manohar Lal at Haryana Bhawan in New Delhi regarding the opening of the National Highway which was blocked on the Singhu border. The Chief Minister assured him that all efforts are on in this regard, talks are on and hoped that the blocked national highways in the state will be opened soon.

Assam: 85 prisoners turned out to be HIV positive in Nagaon Central and Special Jail, infected due to drug addiction