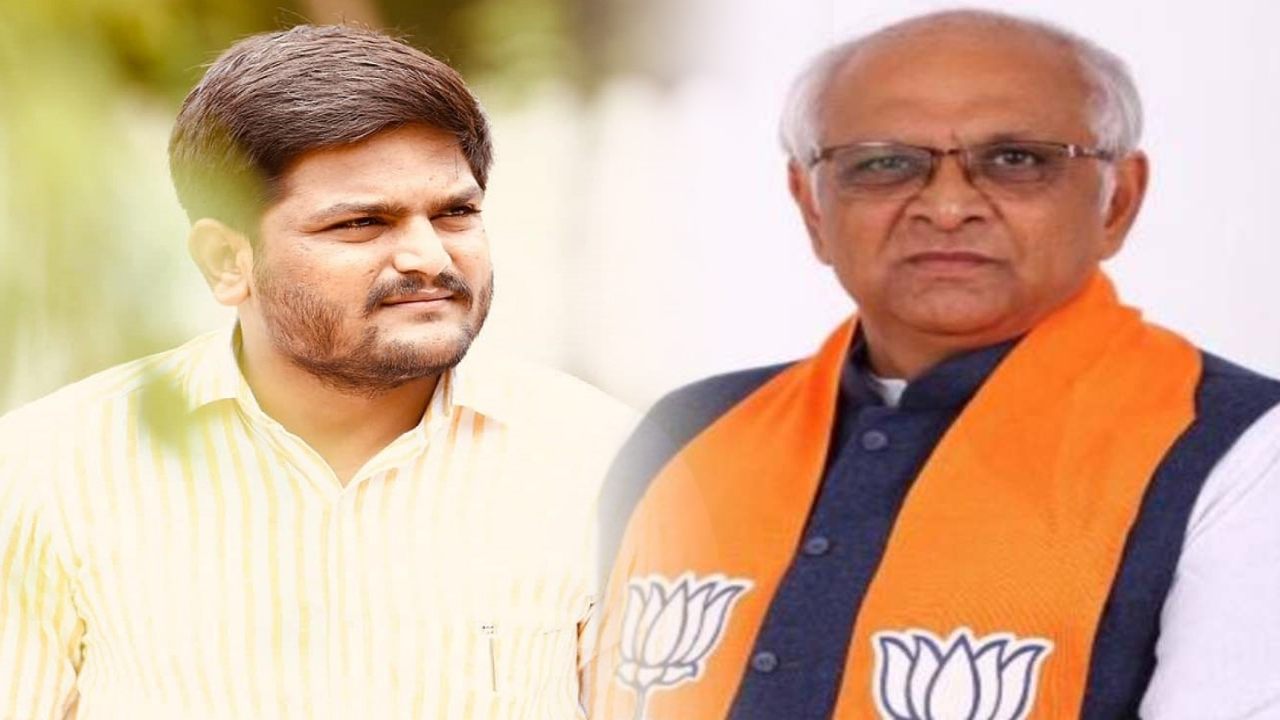 Hardik Patel said, “BJP has appointed you as its last chief minister because the people of Gujarat have for at least 25 years convinced their mind to throw out the anti-poor, anti-youth BJP from power.”

Patidar leader Hardik Patel (Hardik Patel) said on Sunday that Bhupendra Patel (Bhupendra Patel) will be the last BJP chief minister in Gujarat as the people have decided to oust the saffron party from power for at least 25 years. Significantly, Bhupendra Patel comes from the Patidar community. It is noteworthy that a day after Vijay Rupani’s resignation, the BJP’s legislature party unanimously elected Bhupendra Patel (59) as its leader on Sunday. Bhupendra Patel will take oath as the Chief Minister on Monday.

Congress’ Gujarat unit working president Hardik Patel, in an open letter to the state’s designated chief minister, said what he would achieve in one year (assembly elections are to be held next year), which the BJP could not achieve in the last 25 years.

‘People will throw BJP out of power’

He said, “BJP has given you this responsibility a few months before the elections to hide your failure but what will you do in a year (let Gujarat assembly elections be held in December next year) which your party has done in education, health, For women, youth and farmers and weaker section of Gujarat in the last 25 years?

Hardik Patel said, “BJP has appointed you as its last chief minister because the people of Gujarat have for at least 25 years convinced their mind to throw the anti-poor, anti-youth BJP out of power. Now the time has come to change the entire government, not just the Chief Minister.

CM will take oath on Monday

Bharatiya Janata Party’s first-time MLA Bhupendra Patel will be the new Chief Minister of Gujarat. Patel (59) was unanimously elected the leader of the BJP Legislature Party here on Sunday. BJP sources said he would be administered the oath of chief minister at 2:20 pm on Monday. Vijay Rupani, who resigned from the chief minister’s post on Saturday, proposed to elect Patel as the leader in the legislature party meeting today.

Also read- Gujrat New CM Bhupendra Patel: Know who is the new Chief Minister of Gujarat, what is the meaning of this big bet of BJP?

Also read- PHOTOS: The command of Gujarat handed over to Bhupendra Patel, the atmosphere of happiness in the house, see today’s complete political developments in pictures

Taliban spokesman Zabiullah Mujahid disclosed, ‘was in Kabul for many years, kept shining for America and Afghanistan’