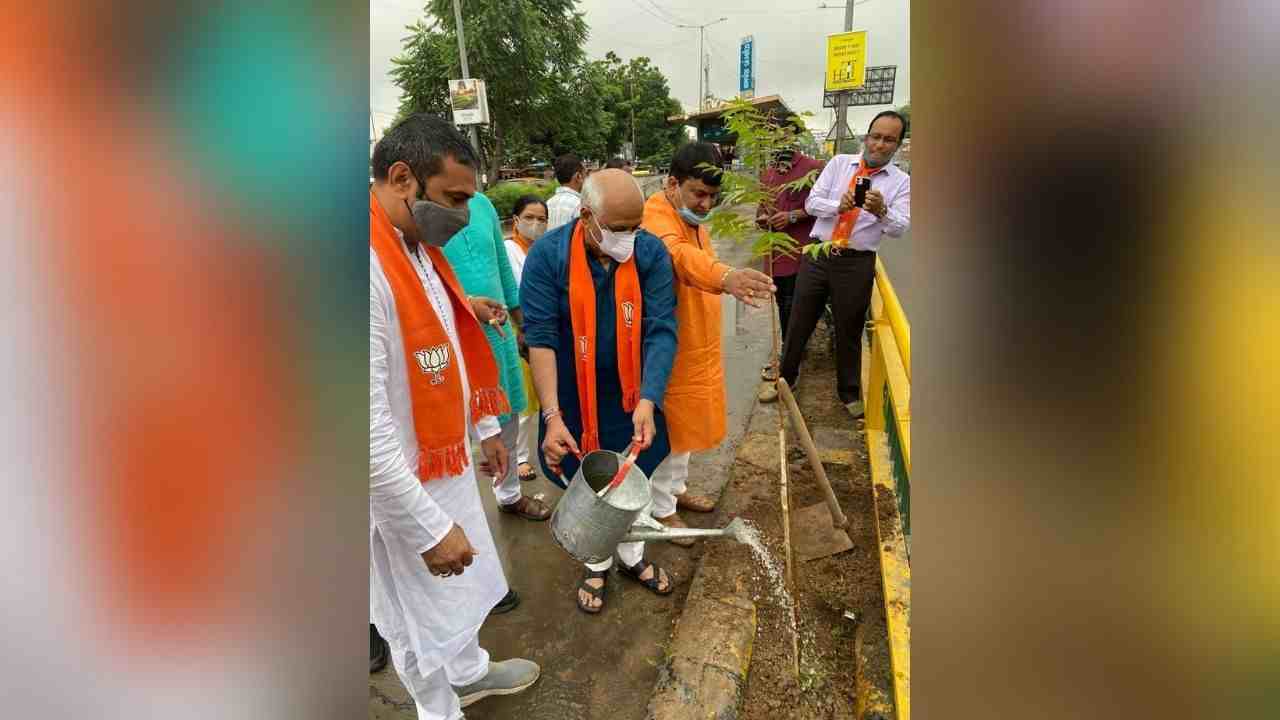 BJP going all the seats in the state in the Lok Sabha elections was a sign of Modi’s unshakable popularity in the Patel society, and in the assembly elections, it was the Modi factor that saved the party’s boat from the ravages of the Patel movement and brought it to the edge of power.

When MLA Bhupendra Patel was planting trees to increase greenery near the road in Bopal suburb of Ahmedabad on Sunday morning, he probably did not even realize that his name had come to Gujarat as Chief Minister from Delhi’s Lok Kalyan Marg. The announcement of the name of Bhupendra Patel as CM after the resignation of Vijay Rupani in Gujarat politics was shocking to everyone. PM Narendrabhai Modi is considered the master of surprise in politics. Apart from the name which is most discussed, suddenly a name appears which was not even in the list of top 20 probables.

It is clear from the appointment of Bhupendra Patel as the Chief Minister of Gujarat that Prime Minister Modi, who is heading the country, is still so serious about his home state. Modi’s strong hold on Gujarat remains intact. By choosing Patel, Modi has hit many targets with one bet.

Even during the time of Narendrabhai himself, a section of Patel community had raised the tone of rebellion against BJP, Modi, who was aware of the pulse of Gujarat, then easily dealt with the matter. Not only this, the Modi wave cooled the heat of the Patidar agitation during his visit to Delhi and the removal of Anandiben Patel from the post of CM. BJP going all the seats in the state in the Lok Sabha elections was a sign of Modi’s unshakable popularity in the Patel society, and in the assembly elections, it was the Modi factor that saved the party’s boat from the ravages of the Patel movement and brought it to the edge of power. If Gujarat is the laboratory of BJP, then its Einstein is Narendrabhai Modi, the Patel community has traditionally been with the BJP for the last two and a half decades. 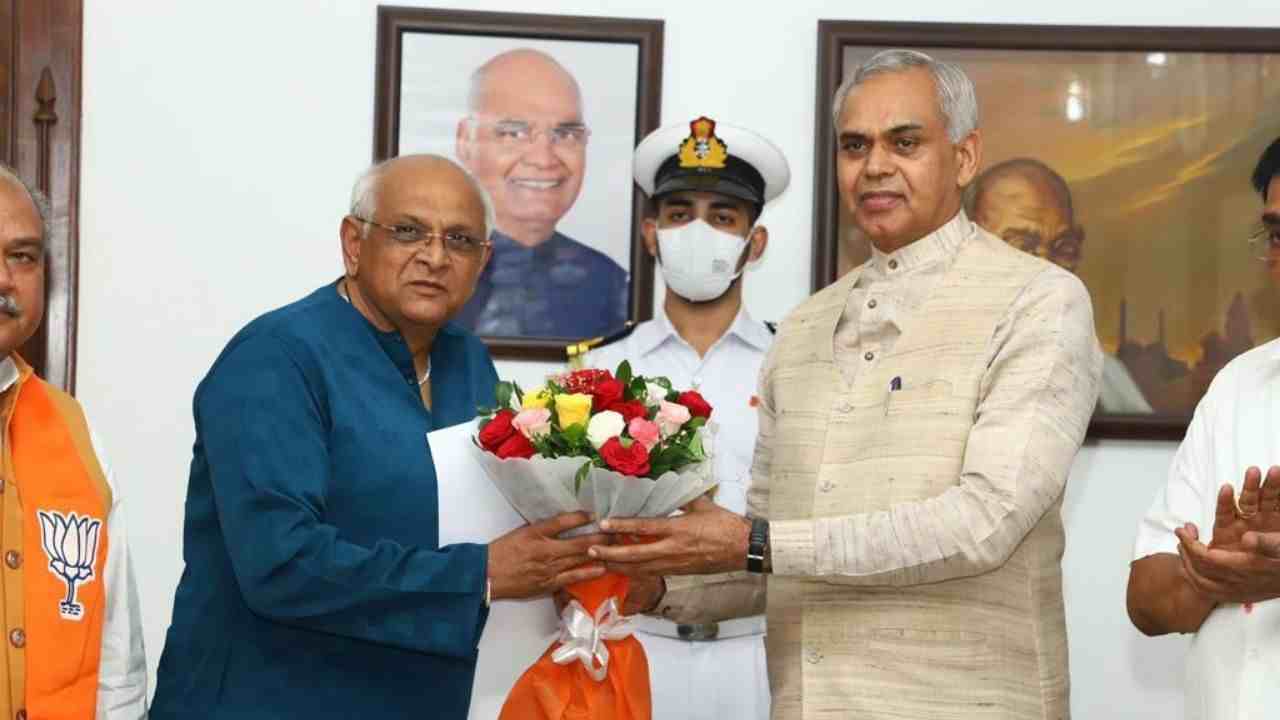 Bhupendra Patel will be the new CM of Gujarat

In the era of the party’s first CM Keshubhai, the organization was able to achieve the goal of forming the government with the mathematics of Narendrabhai. The community, which is considered to be the backbone of the BJP, dominates 15-20 per cent of the vote, the politically conscious Patel community was adamant on the demand for reservation, from where their relations with the BJP began to sour. In the 2021 assembly elections, the party could have to take the anger of the Patidars, that too when the challenge of Corona and the rhetoric among the workers about the officer’s rule was intensifying. Keeping in mind the failure of the alleged big Patidar leaders of the party, Modi chose Bhupendra Patel, who became an MLA for the first time, a few years ago.

Patel has been the Councilor of Ahmedabad Municipality, Standing Committee Chairman during Modi’s tenure, he was also the head of Memnagar Municipality twice. Party leaders believe that the image of Bhupendra Patel, a builder by profession, has been that of a common man. He has an active role in Sardar Dham and Vishwa Umiya Foundation, important institutions of Patel society. His selection is a direct gift from the PM for the Patidar society.

In the state BJP, for a long time, there has been talk of tussle and tussle between the supporters of Amitbhai Shah and Anandiben Patel, two close leaders of PM Modi. With the selection of Bhupendra Patel, the PM has also put an end to this issue, Patel, who was elected in 2017 from Amitbhai’s old assembly constituency Ghatlodia, has his consent, as well as Bhupendra Patel is also considered close to Anandiben Patel. When Ben was the CM, Bhupendra Patel was made the head of AUDA i.e. Ahmedabad Urban Development Authority. His selection in the corridors of power is being told the result of the PM’s understanding.

what is the challenge

The challenge before Patel will be to ensure the support of the Patidar community in the party’s court. He will also have to focus on coordination with the organization, party president CR Patil, who came directly as the PM’s choice, is senior to him in experience and politics. There is a large army of party leaders who are much senior than Bhupendra Patel, it will be a challenge to take these leaders along. Due to the lack of experience of administration at the state level, it will be interesting to see how he will become a strict administrator by erasing the image of Adhikari Raj in Gujarat. The blessings of the PM have been received, but achieving the goals given by the PM will be the biggest test.

After Vijay Rupani, who was the CM of Gujarat, the politicians and political analysts had to remain entangled in speculation till the last time and unexpectedly, Narendra Modi proved again that he has no match in the matter of giving surprise. .

(The writer is Kalpak Kekre, head of NewsNCR Gujarati channel.)

Gujrat New CM Bhupendra Patel: Know who is the new Chief Minister of Gujarat, what is the meaning of this big bet of BJP?

Super Dancer Chapter 4: Sanjay Dutt rehearsed for 3 months for the song ‘Tamma-Tamma’, then had a blast with Madhuri Dixit

Food processing project started in Morena, Madhya Pradesh, farmers will benefit and youth will get employment