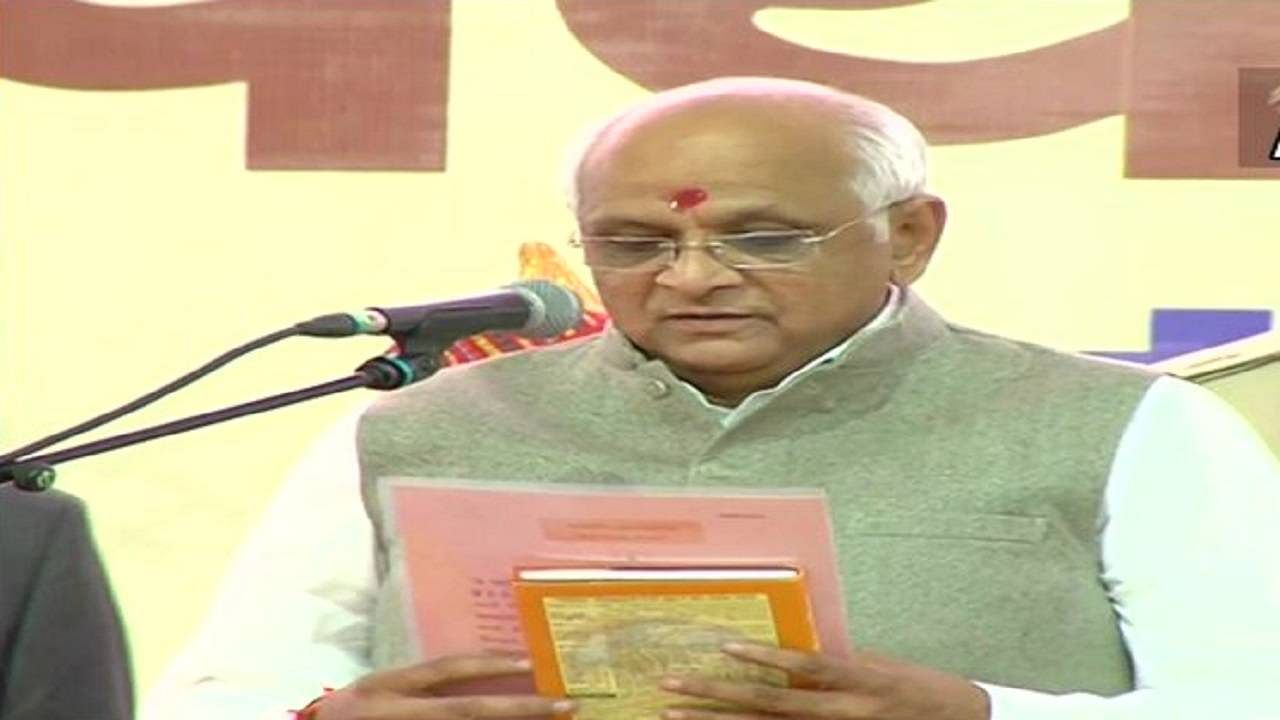 Bhupendra Patel was unanimously elected the leader of the BJP Legislature Party on Sunday and was administered oath as the 17th Chief Minister of the state by Governor Acharya Devvrat in Gandhinagar on Monday.

After the swearing-in of Bhupendra Patel as the new Chief Minister in Gujarat, on Wednesday, there is an oath-taking ceremony of the new cabinet. Although it is difficult to say anything clearly right now, but it is certain that this time new and young MLAs will be seen in the cabinet (Gujarat new cabinet). The swearing-in ceremony will begin at 11 am at Raj Bhavan. At the same time, in the past, ministers were constantly seen circling the BJP office to get a place in the cabinet.

At the same time, there is every possibility that many old ministers including Deputy CM Nitin Patel will remain with the new CM as well. Let us inform that Bhupendra Singh Chudasama, RC Faldu and Kaushik Patel were present in Vijay Rupani’s cabinet. In such a situation, in view of the elections to be held next year, the party will not want to take the displeasure of senior leaders especially.

His place in the new cabinet of Gujarat is believed to be confirmed.

In 2017 Rupani’s government, he was the minister of social welfare department. He was defeated in 2017, but in 2019 the Congress MLA resigned from the post. After which Atmaram won the by-election. He is considered a big leader of the Scheduled Castes in the state.

Nikol is an MLA from the Ahmedabad Legislative Assembly. Jamdish is included in the list of leaders of Amit Shah’s Good Book and represents OBC society.

He is an MLA from the Ellis Bridge Legislative Assembly in Ahmedabad. He represents the Jain society. Rakesh is a non-controversial face.

MLA from Bharuch. Dushyant is considered the leader of CR Patil’s Good Book. He is considered to be well related to the business houses of Central and South Gujarat.

Morwa is an MLA from Hadaf Assembly. There are women legislators. Come from tribal society.

He is an MLA from Abdasa Assembly of Kutch. The original is BJP but in 2017 he won the election from Congress. But later in 2019 he joined the BJP back. They belong to Kshatriya community in Kutch.

Bhupendra Patel was unanimously elected the leader of the BJP Legislature Party on Sunday and was administered oath as the 17th Chief Minister of the state by Governor Acharya Devvrat in Gandhinagar on Monday. The country’s Home Minister Amit Shah was also present in the swearing-in ceremony. Bhupendra Patel is considered close to Anandiben Patel, the former Chief Minister of Gujarat and the current Governor of Uttar Pradesh. If experts are to be believed, Anandiben Patel has played an important role behind making him the Chief Minister.

Rupani is the fourth Chief Minister to quit the post of CM in BJP ruled states.

Rupani is the fourth chief minister to step down in BJP-ruled states during the coronavirus pandemic. He completed 5 years as Chief Minister on 7th August this year. While the state assembly elections are expected to be held in December 2022, the BJP has reposed faith in Patel, a Patidar, to win the election. In the 2017 assembly elections, the BJP won 99 out of 182 seats in the state assembly, while the Congress got 77 seats.

Also read – Gujarat CM: Bhupendra Patel is the fifth chief minister from the Patidar community, from Keshubhai to Anandiben .. know about the other four

Also read- Bhupendra Patel reviewed the flood situation as soon as he became CM, instructed to airlift the stranded people in Saurashtra and send them to safer places

Kinova: What is Kinova, which is called mother grain, know everything about it

Weight Loss: Reduce belly fat with these 6 anti-oxidant foods, the difference will be visible in a few days!